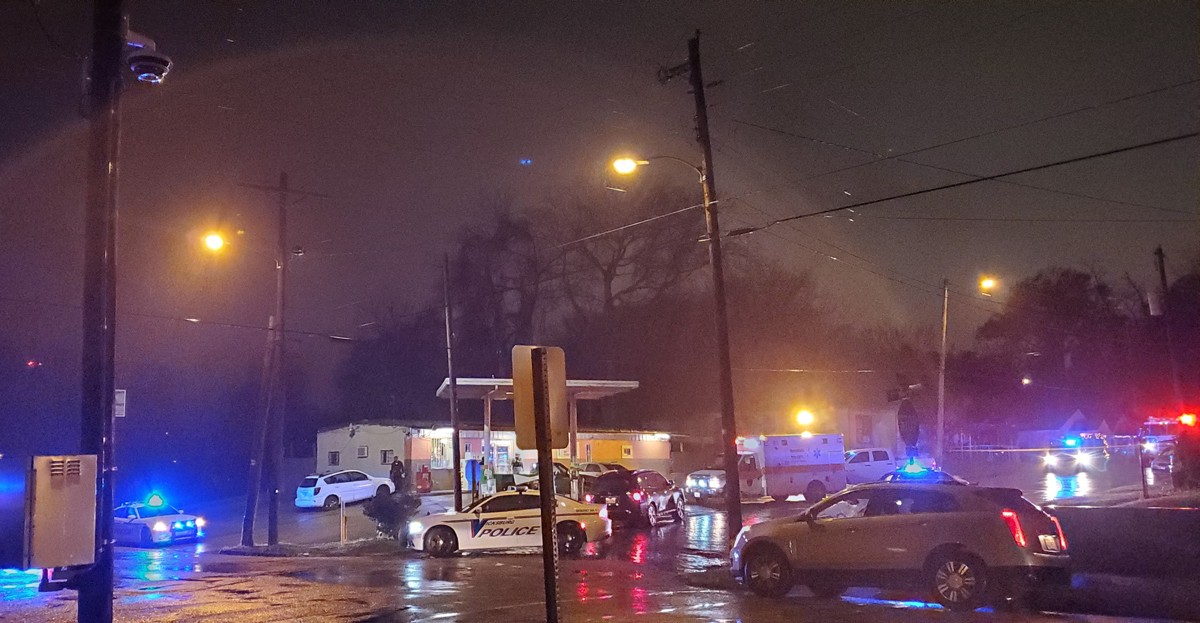 The scene Sunday morning at the Rodney Store. (Photo by David Day)

The victim of Sunday morning’s shooting at South and First North streets is a 21-year-old man, according to the Vicksburg Police Department. It is one of the few new details about the Dec. 22 shooting police provided.

The unidentified victim was transported to the University of Mississippi Medical Center in Jackson for treatment, and his condition is unknown.

Witnesses on the scene said the man was shot multiple times in an eight-to-nine-shot flurry of gunfire at what locals call the Rodney Store. The business may also be known as the South Street Shopette, according to police.

No suspects have been apprehended in the shooting, and the investigation continues.

Vicksburg Police also responded to the following calls this past weekend:

On Friday, Dec. 20, officers responded to a report of shots fired in the 800 block of Adams Street. They did not find any evidence of shots fired.

Just after midnight on Saturday, Dec. 21, officers responded to a report of shots fired into an occupied dwelling in the 100 block of Drusilla Lane. There were no injuries, and the incident is under investigation.

An auto theft was reported on Sunday, Dec. 22, on Elm Street. The complainant reported that his 2008 Ford F-150 pickup truck was stolen during the night.