A downtown Jackson resource center funded by millions of state welfare dollars was quiet Wednesday morning. Blue bins labeled “fresh produce” in a mock farmers market sat empty. Monitors in the computer lab were black and toys in the children’s playroom sat neatly on their shelves.

Families First for Mississippi’s recently-opened State Street center, run by the nonprofit Mississippi Community Education Center, promises to lift families out of poverty. Human Services has granted the nonprofit approximately $53 million since the beginning of fiscal year 2018 reportedly to do just that, state expenditures show.

“Our main goal is getting them off TANF,” Will Lamkin, operation coordinator for the center, said Wednesday morning, referring to the Temporary Assistance for Needy Families cash-assistance program. 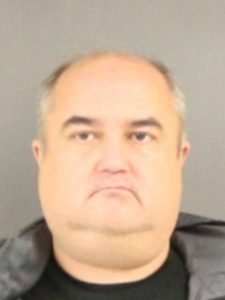 Hours later, law enforcement agents would arrest the nonprofit’s owner, Nancy New, and former Human Services director John Davis in the largest public embezzlement scheme in state history, according to the office of the State Auditor.

New and Davis allegedly stole millions from the federal TANF program intended to provide basic assistance and work supports to the nation’s poorest residents. The federal government gives states broad discretion to spend the money — about $130 million a year in Mississippi.

In 2018, the state used just 5.4 percent of the money on cash assistance — historically known as welfare — for poor families.

In recent years, Human Services funneled large amounts of its TANF funding to New’s organization to run a statewide program called Families First for Mississippi. The program faced criticism over the last year from advocates and lawmakers who questioned the large contracts and unclear objectives of the operation.

“They were fudging the numbers by saying they were helping so many people and you had an office that was barely open, that barely acknowledged people walking by asking for help,” said state Rep. Chris Bell, D-Jackson.

By the end of fiscal year 2018, Human Services had paid Mississippi Community Education Center roughly $30 million. In the same time frame, the nonprofit had helped 94 people complete a resume and 72 people fill out job applications in addition to the educational classes it conducted, according to outcome reports it sent the state agency.

The reporting contains many errors, such as year-to-date figures declining in certain months. “There weren’t proper controls and monitoring in place to properly gauge outcomes of the TANF dollars that were being spent,” Human Services spokesperson Danny Blanton said Thursday. 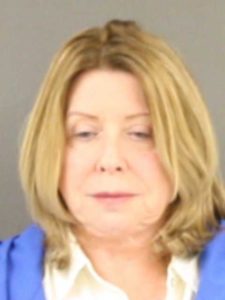 None of the millions of dollars the Mississippi Community Education Center receives from the state pays for the food, books or used clothing it gives to needy citizens; Lamkin said the center gathers all those materials through donations.

Mississippi Today obtained copies of the center’s state contracts, which include objectives such as “’Connect the Dots’ between state agencies, nonprofits, and other organizations in the State to provide a greater network of support and increase access for families.” Notably, the first objective in the contract is “increase employability” within the TANF population, such as through soft skills training and resume writing. It is also required to provide high school diploma and credit recovery courses, parenting classes, teen pregnancy education, including abstinence education.

In other words, the tens of millions of dollars taxpayers gave to the Mississippi Community Education Center was not to provide direct assistance to poor families. Rather, it was to refer them to partner agencies that could meet their needs.

“We turn around and fund other good services across the state with some of that money,” New told Mississippi Today in a 2018 interview.

New, who could not be reached on her cellphone Wednesday evening, said Families First exists to support “all the good stuff already being done out there.” She added: “Our job is to connect the dots.”

Mississippi’s Temporary Assistance for Needy Families attracted national attention in 2017 when Human Services reported rejecting 98.5 percent of welfare applicants the previous year. The agency also reported leaving nearly $50 million in TANF funds unused. After that, the agency stopped publishing its approval rate in annual reports, which shrunk from 108 pages in 2004 to 20 pages in 2019 — one way the agency managed its programs in secrecy under director Davis. Davis regularly refused to allow his employees, even taxpayer-funded agency spokespeople, to talk with the press.

Davis used the structure of Families First, which essentially privatized a large portion of the welfare program, to embezzle TANF money, the auditor concluded. 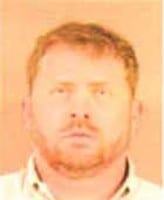 New and her son and employee, Zach New, allegedly transferred millions of welfare dollars to their private businesses and converted the funds to their personal use through “fraudulent documents, at least one forged signature, and deceptive accounting measures,” according to the state auditor’s release.

The News and Davis also allegedly used TANF dollars to pay for professional wrestler Brett DiBiase’s stay at a luxury rehabilitation facility in Malibu — money they claimed they were paying him to teach classes on the dangers of drug abuse. Together they allegedly took welfare money and invested it in medical device companies in Florida, the auditor’s office said.

The auditor has not released the dollar amount of the scheme as the investigation continues. The News, Davis and other state and nonprofit employees indicted in what investigators called a “sprawling conspiracy” face hundreds of years in prison, the release said.

Nancy New, founder of the private New Summit School in Jackson, has long had the support of state leadership and often appeared on conservative SuperTalk radio to promote her work. 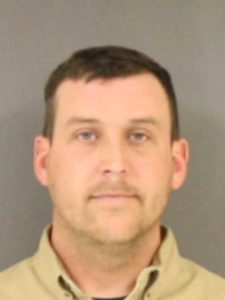 In his final State of the State address in January 2019, then-Gov. Phil Bryant boosted her organization’s role in “helping to restore and support the entire family.”

“The Families First platform has become a model of success for thousands of Mississippians and one that is being emulated all across America,” Bryant said in the address.

In 2016, Bryant and his wife, Deborah, stood shoulder-to-shoulder with Nancy New and Davis, a Bryant appointee, at the ribbon-cutting ceremony for the original Families First office in Jackson before it moved to the State Street location.

“I grew up in a family with a mother,” said First Lady Bryant. “She believed in doing the right thing. We had that growing up. But some of these children don’t have that opportunity. This (new Families First facility) is for them.”

Bryant touted his work with Nancy New’s organization as recently as November 2019, when he rolled out the last phase of his anti-obesity initiative that the Mississippi Community Education Center cosponsored.

“John Davis had 30 years of experience with the agency so it was never questioned when (TANF) was unilaterally distributed to subgrantees without an RFP (Request for Proposals) process,” Blanton said. 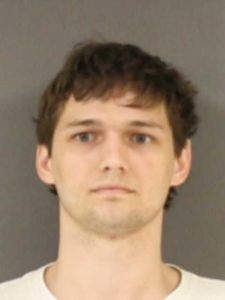 “I don’t care how politically connected a person may be,” State Auditor Shad White said in his release. “You do not have the right to treat taxpayer money as your own or to lie to the taxpayers about what you’re doing with that money. Others doing this kind of thing are on notice: this will not be tolerated now.”

New’s organization was not the only to receive a contract from Human Services to run Families First for Mississippi. The operation was split between Mississippi Community Education Center, which managed the services for central and south Mississippi, and Family Resource Center of Northeast Mississippi, which manages the northern offices.

The charges the auditor’s office announced this week did not involve Family Resource Center of Northeast Mississippi.

The 2019 contracts to the two nonprofits were for the same amount, $10.6 million, but state expenditure reporting shows funding to the north office slowed significantly as it made deep cuts to staffing and services in the last year, the Daily Journal reported.

The agency awarded both nonprofits new contracts in December, neither of which appear on the state’s transparency website.

The Families First website is now defunct and Lamkin said that while Mississippi Community Education Center’s operations have not been interrupted, the future of Families First is unclear.

So is the case for thousands of families living in poverty, who may not receive the assistance they need even if the center remains open.

Lamkin explained what happens when a person who may be behind on a utility bill visits the center, which is located inside the former Human Services government building: “Let’s say, for instance, somebody comes in and they say, ‘They’re about to cut my gas off. I need $40 for my gas bill.’ Well, I can’t just give them $40.” 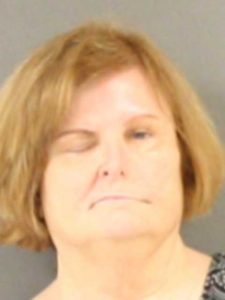 Lamkin gestured to the shelves in the Families First food pantry, lined almost exclusively with canned corn and green beans. “But I can give them $40 worth of food.”

Asked why the welfare agency couldn’t provide energy assistance, Lamkin responded, “I don’t have the funding”; then clarified, “Our grant doesn’t allow for that. I can’t just give a client cash.”

In a video announcing the opening of the new center in September, Lamkin encourages people to visit the center to “play with our VR (virtual reality) equipment.” He declined Thursday to comment further.

Meanwhile, the number of families in the state who receive cash assistance through TANF has plummeted from over 12,000 a decade ago to just 3,500 in 2019, serving less than five percent of the children who live in poverty in Mississippi.