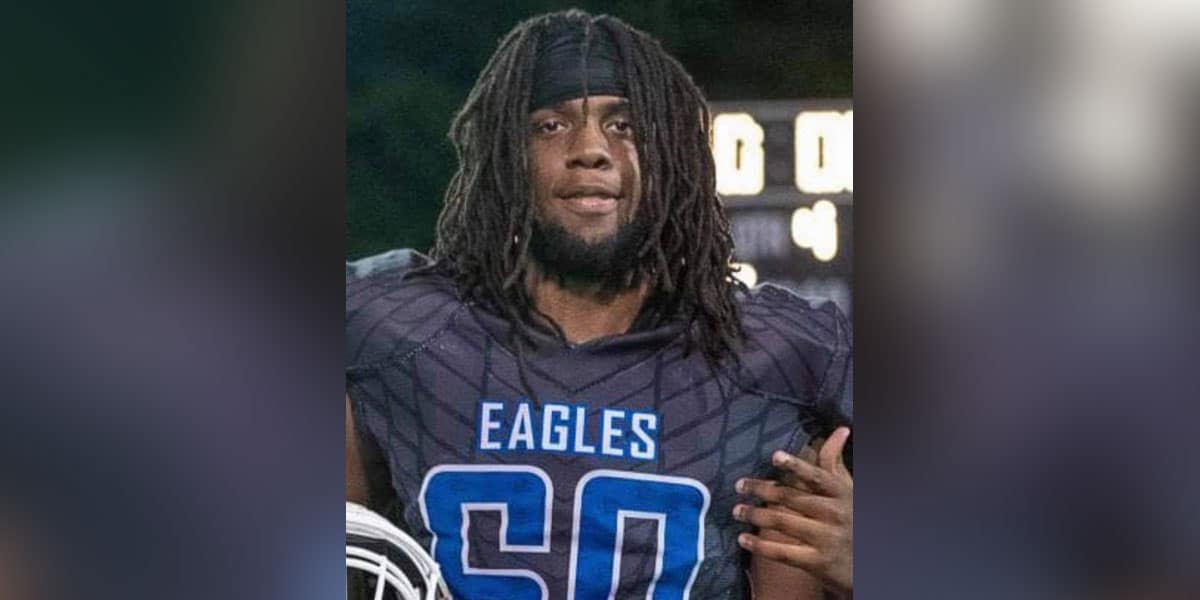 Blue had seven tackles and one sack in the big win.

Last season, Blue made the VDN offensive all-County team for being one of the Eagles lead blockers on the team, and he is constantly improving his skills on the football field.

Blue is known for his ability to get through the line to attack runners in the backfield. He had been a key player under head coach Blake Purvis for the last couple of years.

This year will be Blue’s final season with the Eagles, and he continues to shine in his senior year. So far, PCA is on a three-game winning streak.