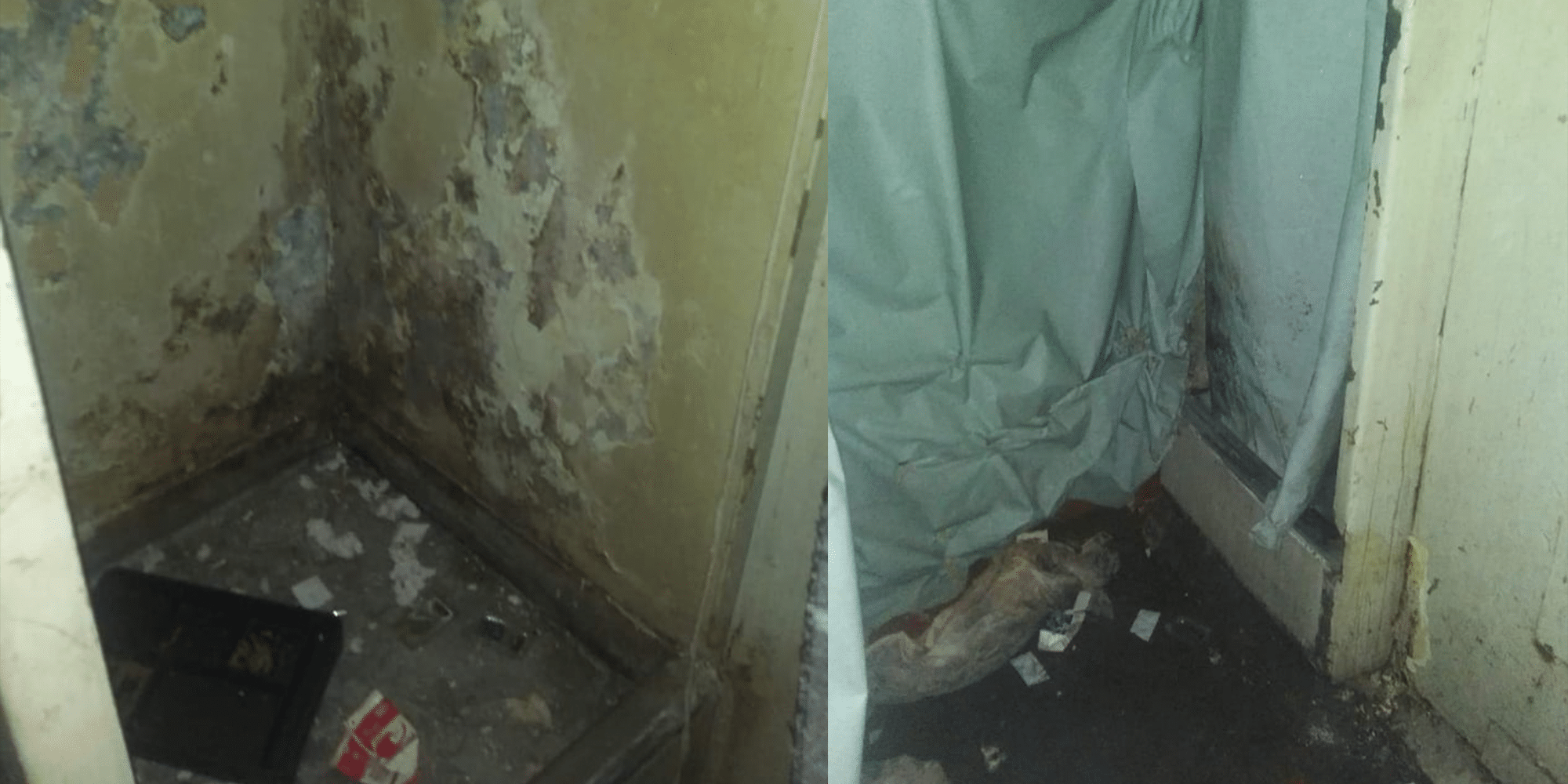 Photos taken by an inmate at the Warren County Jail shows the lack of sanitary conditions inmates are facing. The photos have circulated around social media and have outraged several members of the community.

A post made by Ann Sando showed walls inside the jail with flaking paint, floors cluttered with trash and what appears to be deteriorating walls in the shower area of the jail. The post sparked outrage in the Vicksburg Crime, Discussion and Community Events Facebook page. “Wrong on every level, hold your heads down officials, you should feel ashamed,” stated a disgusted Irene Gross. Many people echoed that sentiment with Beth Pate adding, “It’s been that way for years.” 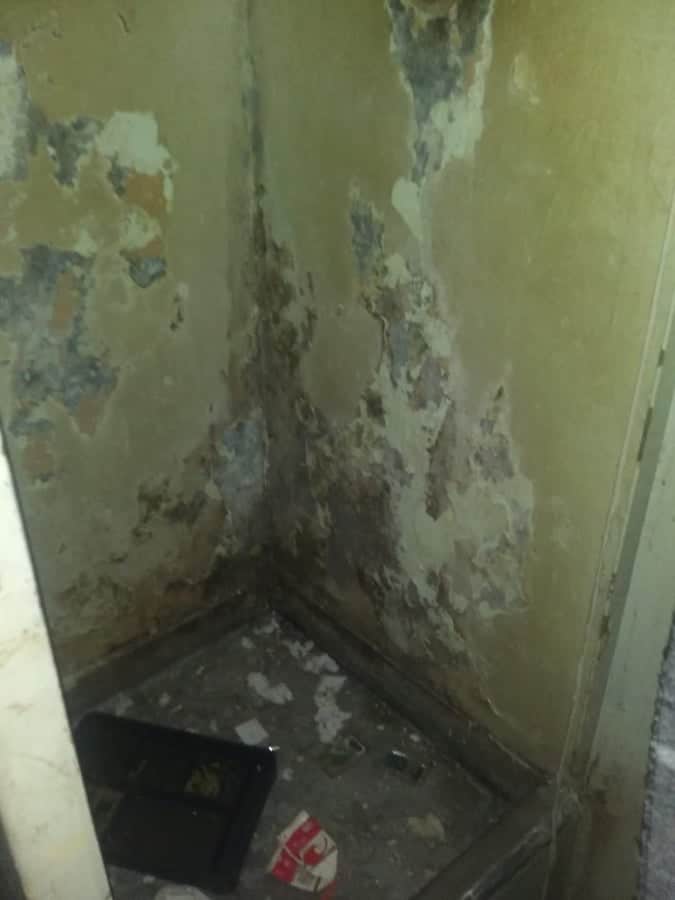 Some people pointed out it is a jail and those incarcerated have earned their situation. However, the overwhelming sentiment was with those who thought like Alora McGowan when she stated, “This is totally unacceptable!!! No matter what’s the crime, this is no way to live!!!! Step up officials or we as citizens WILL!!”

The Vicksburg Daily News reached out to Sheriff Martin Pace to verify that the photos were taken at the jail. “I can confirm those photos are of the jail. That particular case is, I can’t comment too much because it is an ongoing criminal investigation as to who smuggled the phone into the jail. But yeah, it appears to be a picture of a shower stall that the inmates themselves must have thrown trash in the bottom of it. The stains you see are largely from urine where they have urinated in the shower, using it as a urinal.” The Sheriff goes on to explain, “They are given cleaning supplies including a mop, a bucket with warm water and disinfectant solution, a broom and a dustpan every day. Unfortunately, some of them choose not to use it, so, every so often we have to clean the entire cell block out, move all the inmates out and take other inmates, trustees, and go in there and scrub the cell down because the inmates that are occupying it refuse to clean it.” 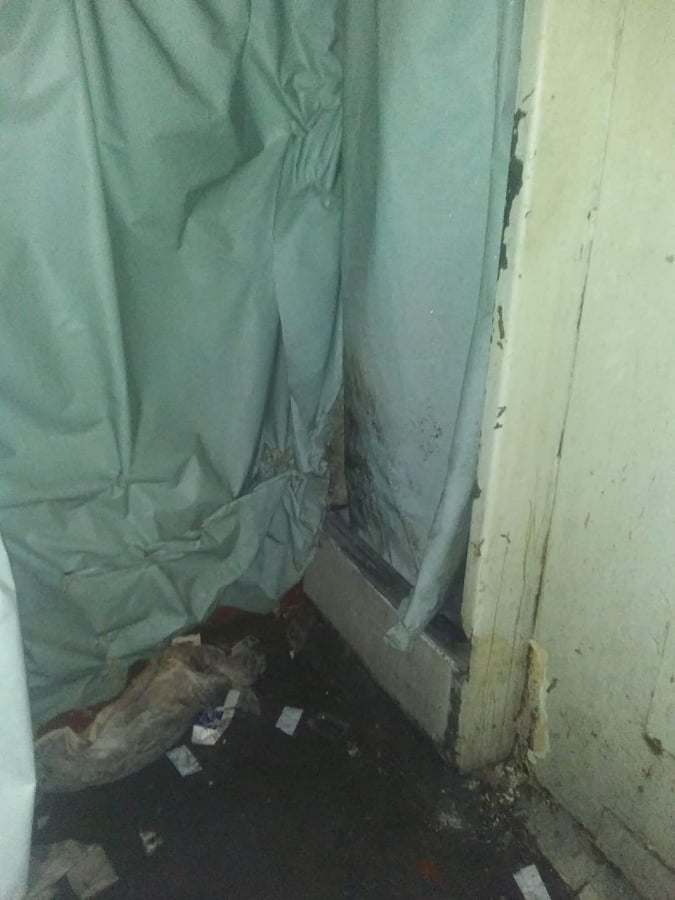 Sheriff Martin Pace confirmed the authenticity of the photos and stated that inmates are given cleaning supplies but chose not to use it. (with permission)

The showers shown in the pictures were installed in 1977, according to Sheriff Pace. The current jail was built in 1907 and the easternmost wing of it was completed in 1977 with a new pitched roof added years later that changed the look of the jail. “You don’t want a flat roof in Mississippi, it leaked like a sieve” noted Sheriff Pace.

The Grand Jury meets three or more times a year. Sheriff Pace has gone before every Grand Jury for 25 straight years asking for a new jail. “The last group of Supervisors actually approved the building of a new jail and even purchased land, cleared the property and were in the process…there is a state statute that says (the supervisors) cannot enter into a contract the last six months of their term, so, everything pretty well ground to a halt in the summer of 2019. In January of 20, we have a brand new board of supervisors that are as positive as the last board about building a new jail but COVID shut everything down. We couldn’t tour other jails, some of the facilities we wanted to look at as we were doing, because of COVID. That put us over a year behind. We are now back on track and the Board of Supervisors is moving ahead as rapidly as possible.”

At their Sep. 20 meeting the Board of Supervisors approved a motion to hire Butler-Snow in Jackson to assist with the upcoming bidding process to build the jail.

Holland said, with emphasis, “We are well aware of the issues with the jail.” Dr. Holland went on to explain they are moving post haste to make the new jail happen.

Jackson responded, “It goes without saying, the jail is old. Although, I am more than aware of the conditions, this is a new image of an unfortunate situation. I am committed to making major strides to ensuring we have a new jail in Warren County. This isn’t about having a new building for me, it’s about providing decent conditions for any human under the watch of Warren County. I’ve spoken with Congressman Thompson and inquired about earmarks, and am confident that the process the county is on is a good approach and confident that we as a board are committed to getting a new jail underway.”