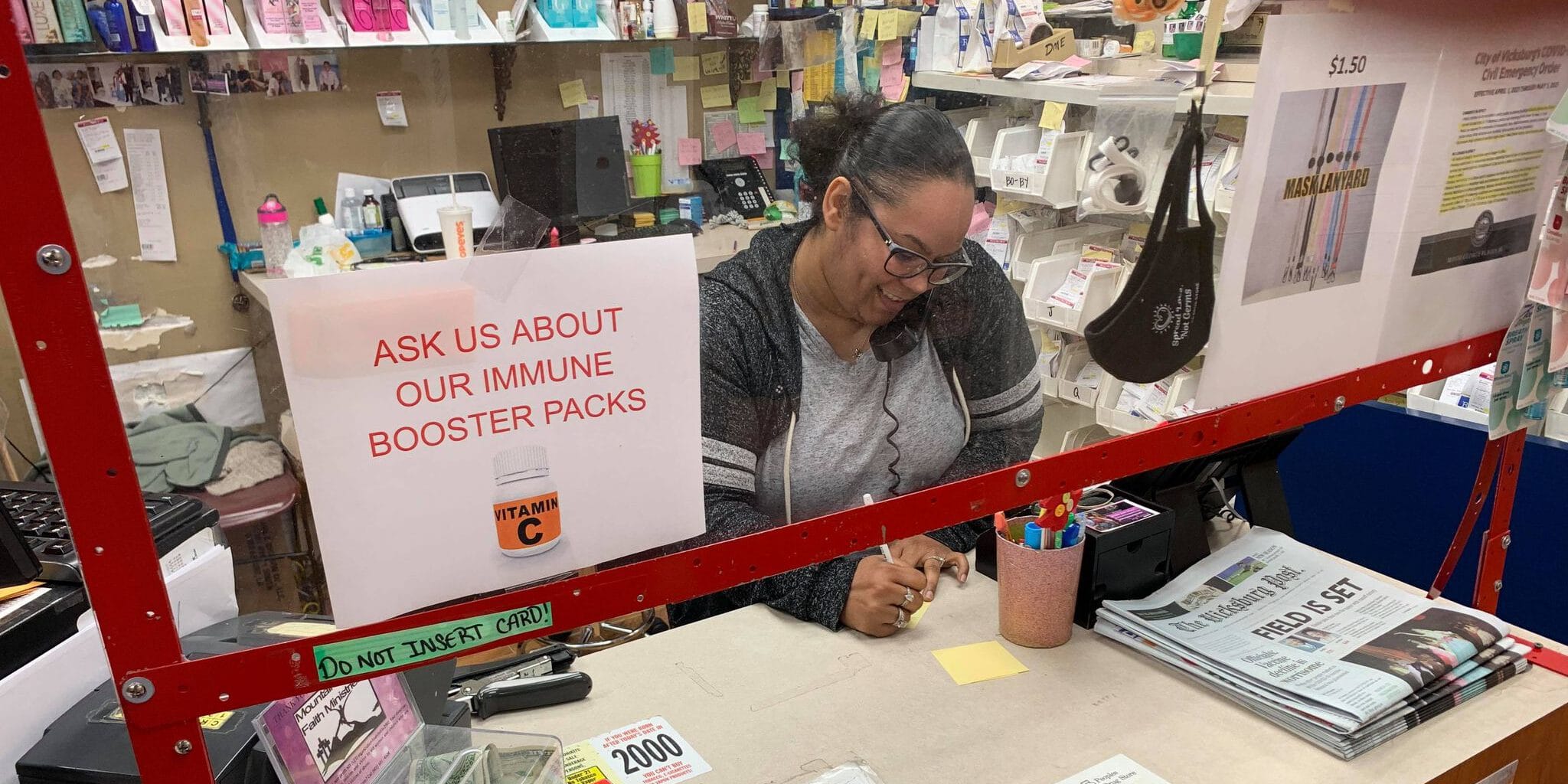 Wendy Trevilion said “I didn’t want to be a boss” but happily admits God had other plans. 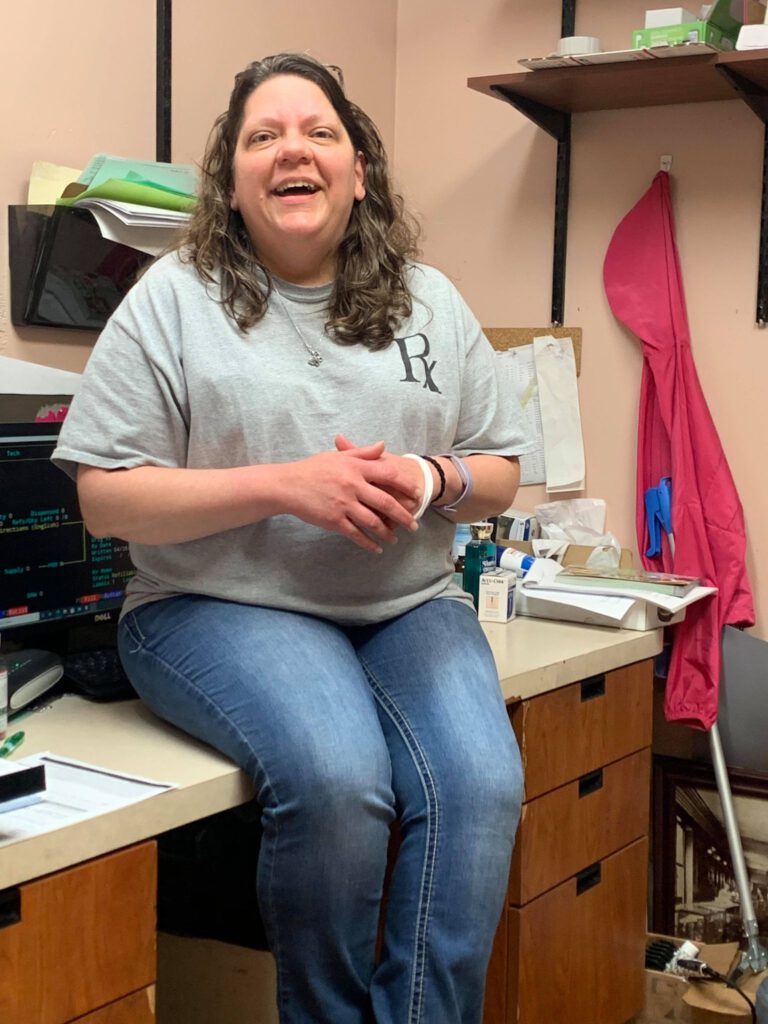 She began her career as an 18 year old working at McDaniels Pharmacy in Port Gibson. She soon moved to Vicksburg and began working at People’s Drug Store for the man who would prove to be her mentor, John Bove’.

Bove’ spent over 50 years at People’s, with over 40 as the owner prior to his death in February of 2018. Bove’ asked Trevilion to pursue purchasing the business and, after the bank agreed to finance the venture, she took the next step in what has been a life-long journey of service to her faithful customers who she considers extended family.

People’s began in 1921 in the National Park Hotel across the street from its current location. Joseph Gerache and Charles Kette bought the business, which operated in a store front inside the lobby of the hotel, as Jones Drugs and renamed it People’s Drugs. When Urban Renewal came in the 1950’s the business moved across the street to its current location.

Gerache’s daughters, Rosalie Ford and Mercedes Reader, operated the business while he and his sons operated Corner Drugs several blocks away, on the corner of China and Washington Streets.

Bove’ came to work in the 1970’s for the sisters before purchasing the business himself after about 10 years. Trevilion says that the level of personnel customer service that the sisters taught Bove’ was passed down to her. “We were doing curbside long before COVID, many of our customers come to the parking lot and we go out to them.” Trevilion went on to say, “We still offer free delivery”, and carry house accounts, something that the chain stores don’t do. 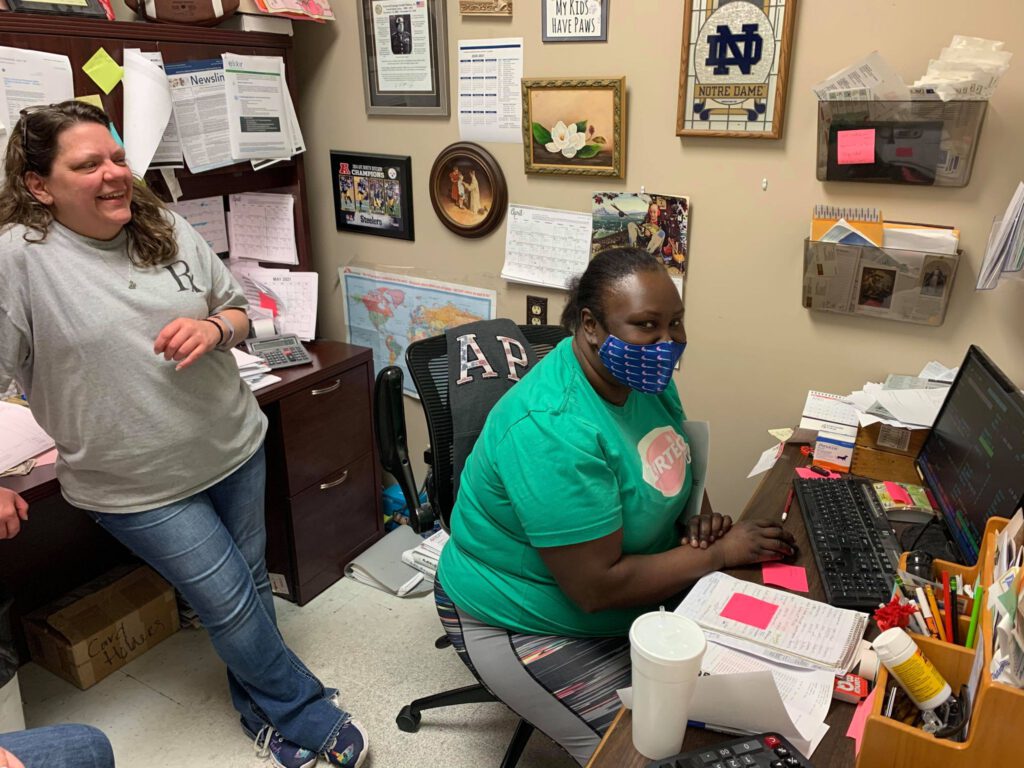 The store still carries many items that are considered home remedies along with popular items from Victoria’s Secret and others. Trevilion said one of the keys to her continued success is her staff. “Denise McCain has been here as long as I have. Other members of the staff all have relationships with our customers, they are like family to us.”

She lamented that the past year has been hard seeing so many pass away from not only COVID but various illnesses. She proudly showed us a thank you card from the family of a long time customer who recently passed away.

Trevilion is planning a celebration of some sort later this year. She encourages customers to shop in independent pharmacies. “We are down to three here locally, but we can offer you personal service that the chain stores can’t.”