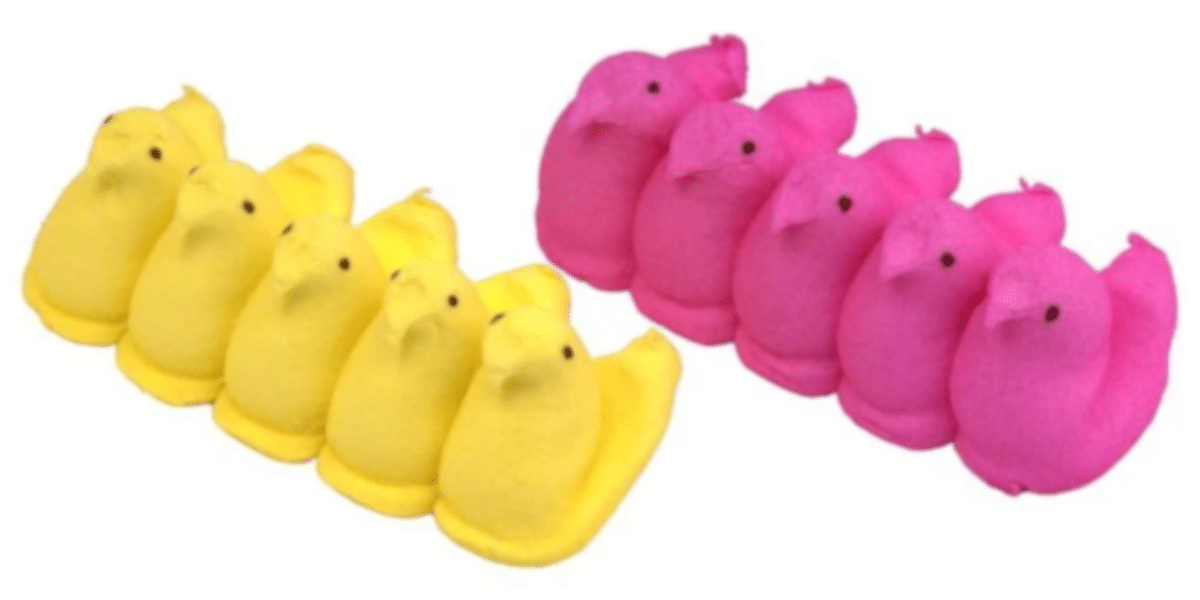 No one knows for sure the exact date that Peeps were actually created or hatched, if you will.

They were created in Lancaster, Pennsylvania by the Rodda Candy Company. Owner Roscoe E. Rodda found himself in constant competition for market share with numerous companies, including a fierce rival located a few miles away who adopted their corporate name from the location of their hometown in Hershey.

Lancaster has a heavy population of Amish and Mennonites. Although they shun modern conveniences such as automobiles and electricity,they do have a voracious appetite for candy. Rumor has it that the original Peeps were made as a specialty item to be marketed to the Amish. Rodda made various shapes including the now popular chicks along with crosses and bunnies.

The mixture of marshmallow goo, egg whites and lots of sugar were squeezed through a fluted tip into various molds, which then take around 27 hours to reach proper consistency. It took nearly 80 employees to create enough candy to fill the orders.

Following Rodda’s death in 1941, the company struggled for another dozen years. The family finally sold to Sam Born who had moved his struggling New York candy company to Bethlehem, Pennsylvania. And yes, Just Born now located in Bethlehem, Pennsylvania, does make other marshmallow treats for Easter and other holidays like Halloween, Christmas and Valentine’s Day, but it’s the Peep that started it all.

The Peep has reached an iconic status in American folklore with numerous companies creating slightly altered versions. There are contests created around Peep-eating, scavenger type hunts and the list goes on and on.

But at the end of the day, there is only one Peep, often imitated but never duplicated.