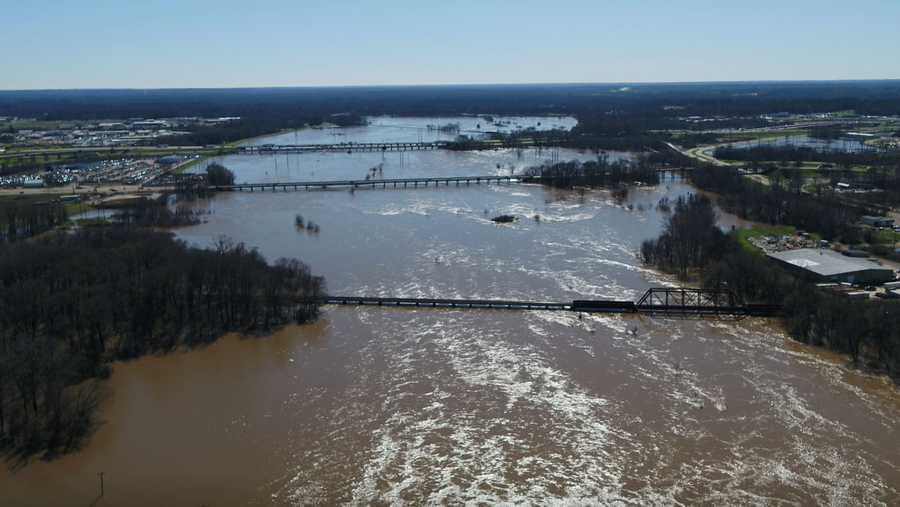 Gov. Tate Reeves assured Mississippians this morning that all emergency plans were in place to deal with the Pearl River flooding.

“It will be days before we are out of the woods and the water starts to recede,” Reeves said, “and the state and our first responders are prepared and ready to act.”

The governor and the lieutenant governor held a press conference Sunday morning with Mississippi Emergency Management Agency Executive Director Gregory Michel and others to update the public on the emergency. 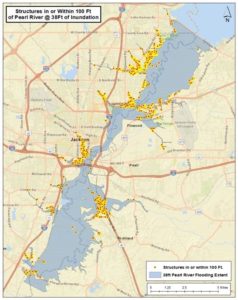 As of Sunday at around 9:30 a.m., the Pearl was at 36.42 feet. The river had been expected to crest today at 38 feet, but the crest will likely occur mid-morning Monday and be about six inches lower.

Regardless, even at 37.5 feet, it will be the third-highest level recorded on the river. With next week’s rainfall, it’s unlikely to go under flood levels for several days.

Approximately 2,500 area homes and businesses will be affected, and many residents have already evacuated. While most of those affected are in Hinds County, Rankin and Madison counties also have low-lying developments that will be inundated.

Area law enforcement has been going door-to-door to warn and assist those in threatened areas, and yesterday, emergency officials made four water rescues. Reeves attributed the low number of rescues to residents doing what they should be doing—getting out if necessary.

“If you have not evacuated yet, we urge you to do so,” Reeves said.

Shelters for flood victims are open in Jackson, Yazoo City and Starkville.

The governor emphasized that the floodwaters were nothing to take lightly, and urged residents not to attempt to play, drive or walk through it.