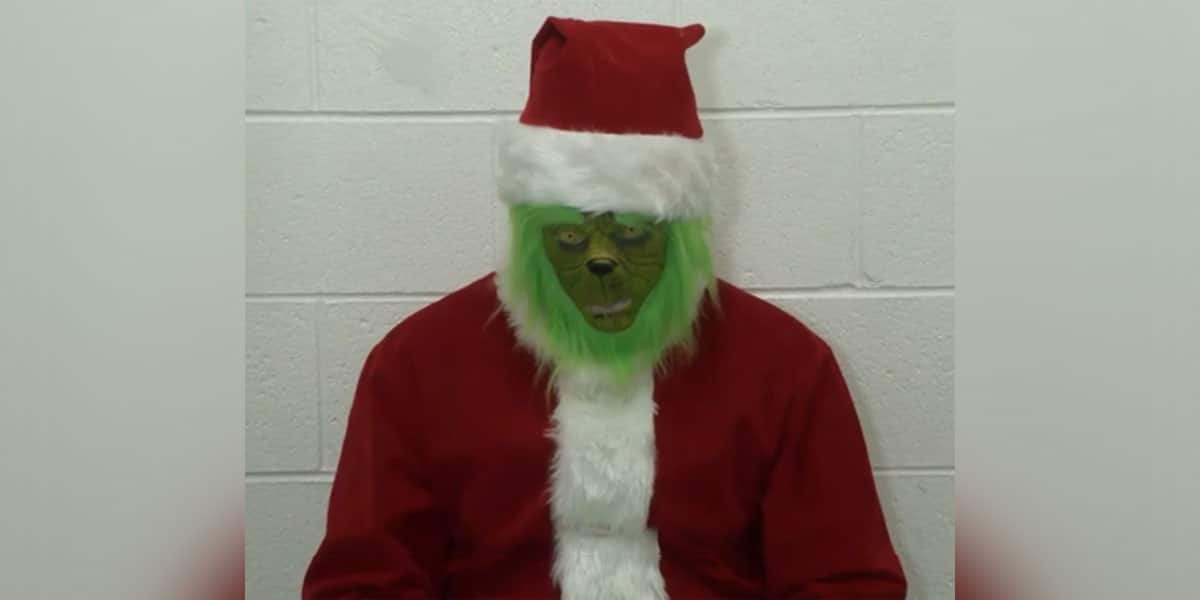 Officers with the Pearl Police Department helped save Christmas this year when they arrested The Grinch.

Grinch was put into custody after a crime spree that involved several business and residential burglaries. Among the businesses hit was the Pearl Senior Center and the Outlets of Mississippi, where he was captured on surveillance video.VID

Officers caught up with Grinch as he left a home in the Country Place subdivision clasping the evidence of his burglary there.

He is being held without bond until Dec. 26.

Governor declares a day of prayer