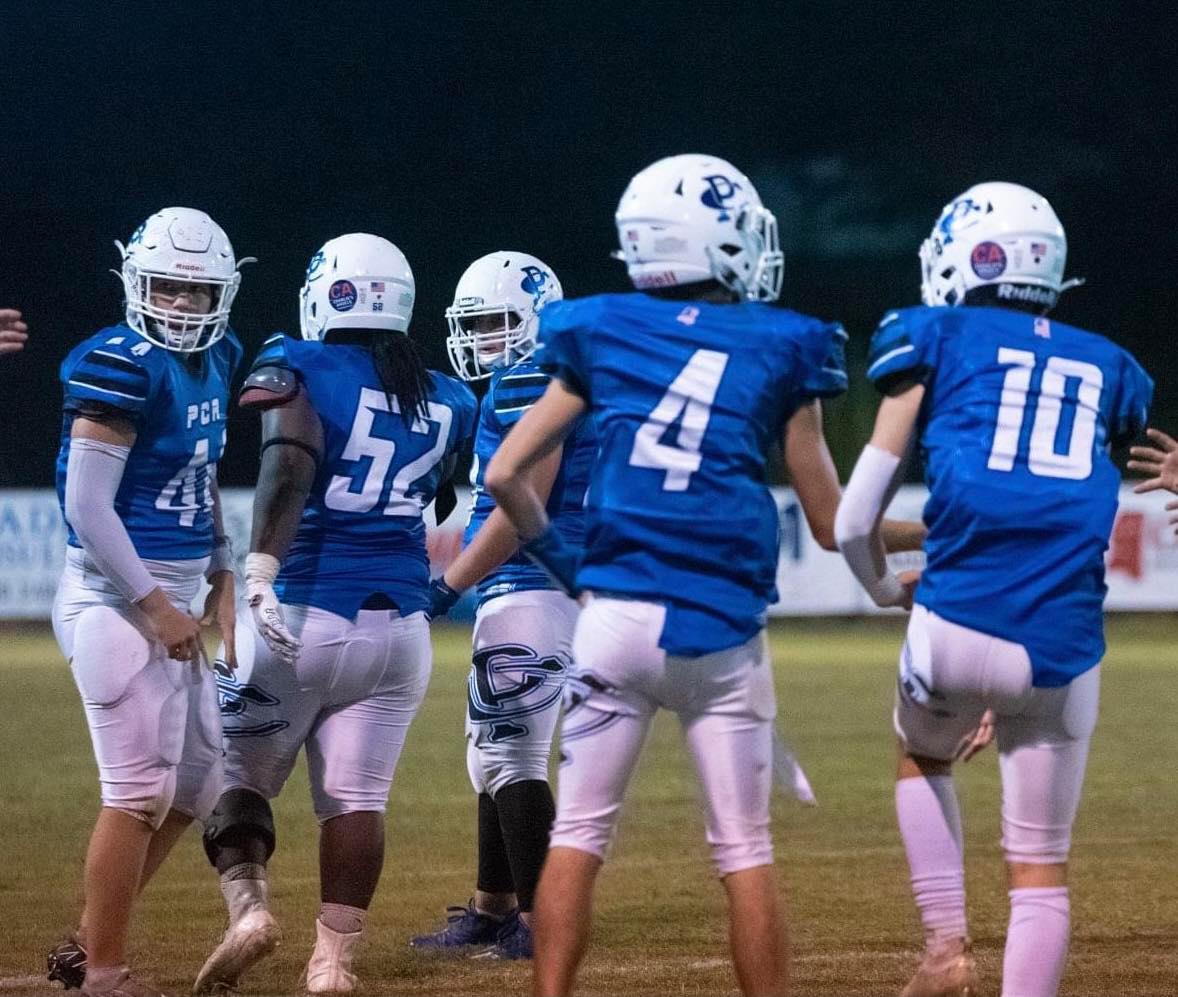 “We got off to a fast start by scoring in all three phases of the game, defense, offense, and special teams,” head coach Blake Purvis said. “We couldn’t have scripted a better start. I’m proud of our guys for bouncing back and getting the momentum rolling again for this final stretch of the season leading up to the playoffs.”

The Eagles didn’t waist any time getting some points on the board. Quarterback Jace Riggs hooked up with Thomas Azlin on a touchdown pass after a safety in the first quarter. Riggs threw for two touchdowns Friday night while rushing for 94 yards on 10 carries.

Tyler Washington’s running ability kept PCA ahead of the game. Washington racked up 218 yards and two touchdowns off 18 carries.

The Eagles punished Prentiss heavily in the first half as they took a 34-8 halftime lead.

Coming out in the second half, the Eagles found their way into the end zone a couple of more times. Riggs hit Willie Rogers for a touchdown and Jase Jung grabbed a rushing touchdown. Rogers secured six catches for 56 yards, one receiving touchdown, and one punt return touchdown that went 50 yards.

PCA is now 5-3 on the season and will travel to Christian Collegiate next Friday.