PCA looking to advance its winning streak against Hillcrest 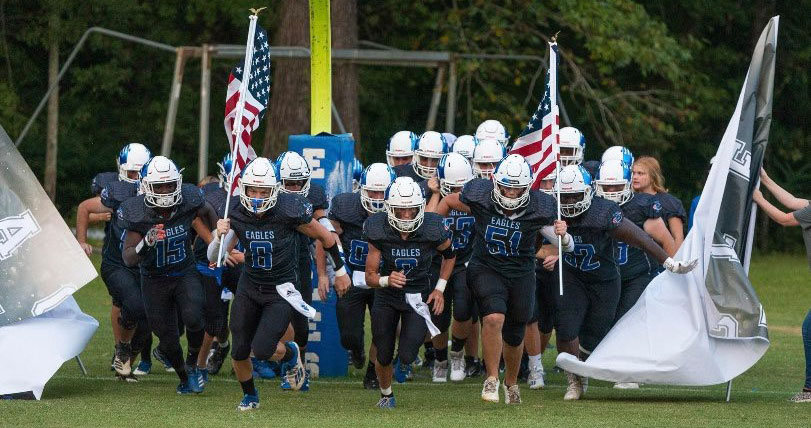 The PCA Eagles take the field. (Photo by Carrie Martin)

The Porter’s Chapel Academy football team is looking to advance its winning streak as the Eagles face Hillcrest Christian Friday in an away game.

The Eagles have won three straight games including a big 52-38 victory two weeks ago against Claiborne Academy. They also introduced their new Port Gibson transfer, Ra’Darius Turner, who shocked the crowd by scoring three touchdowns in his first game as an Eagle.

The Eagles will go into the Hillcrest game highly motivated from their past performances and knowing that the Cougars, who are 0-5, have been struggling all season.

PCA quarterback  Jace Riggs will lead the team out on the field tonight along with head coach Blake Purvis. Fans can tune in on 104.5 FM at 7 p.m.