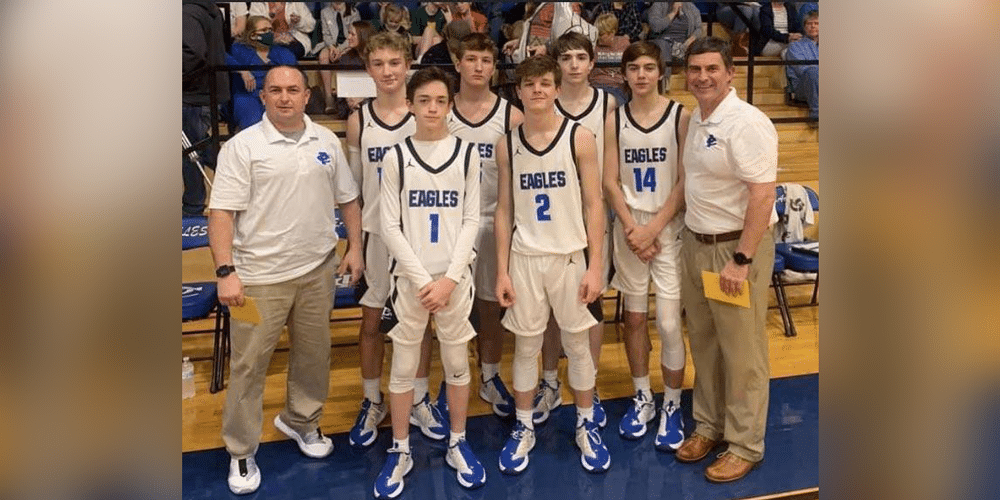 The Eagles finished with a 11-7 overall record, while going 6-3 in the district, and put up a good fight to try and reach the championship.

The Junior Varsity team was built with five freshman who gave it their all throughout the season. Gavin White, Taylor Osbourne, John Wyatt Massey, Matt Malone, Chase Hearn, and Brayden King made up the tough team that satisfied the crowd nearly every game.

One of the best games that the Eagles had this season was against Greenville Christian, when the Eagles dominated for a huge 47-13 victory. Massey scored 15 points in that game, White 13, and Osbourne added eight.

The Junior Varsity team was well coached by Walter Hallberg IV and assistant coach Billy White who prepared the young men for battle.

The players will now move up to the varsity level next season where they hope to continue their great success.