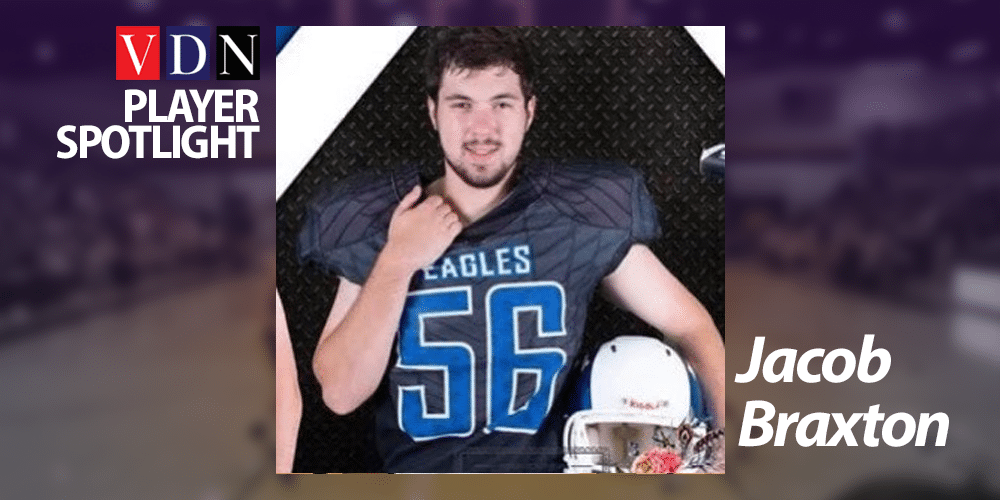 Braxton was a key player on the team who put in hard work throughout the years. Playing on the offensive line under head coach Blake Purvis, he helped his team to a 4-6 record this season.

“Jacob played a great role in multiple positions our offensive line over the last three years,” Purvis said. “Jacob was a great teammate always encouraging and leading in a positive way. He has been in our program for six years, and his leadership on the field and in the locker room will be greatly missed.”

Braxton was responsible for keeping young quarterback Jace Riggs protected. Completing that task, the Eagles had a good passing game this season.

Though finished with high school football, Braxton is far from finished with sports. He is currently playing basketball under head coach Walter Hallberg IV.