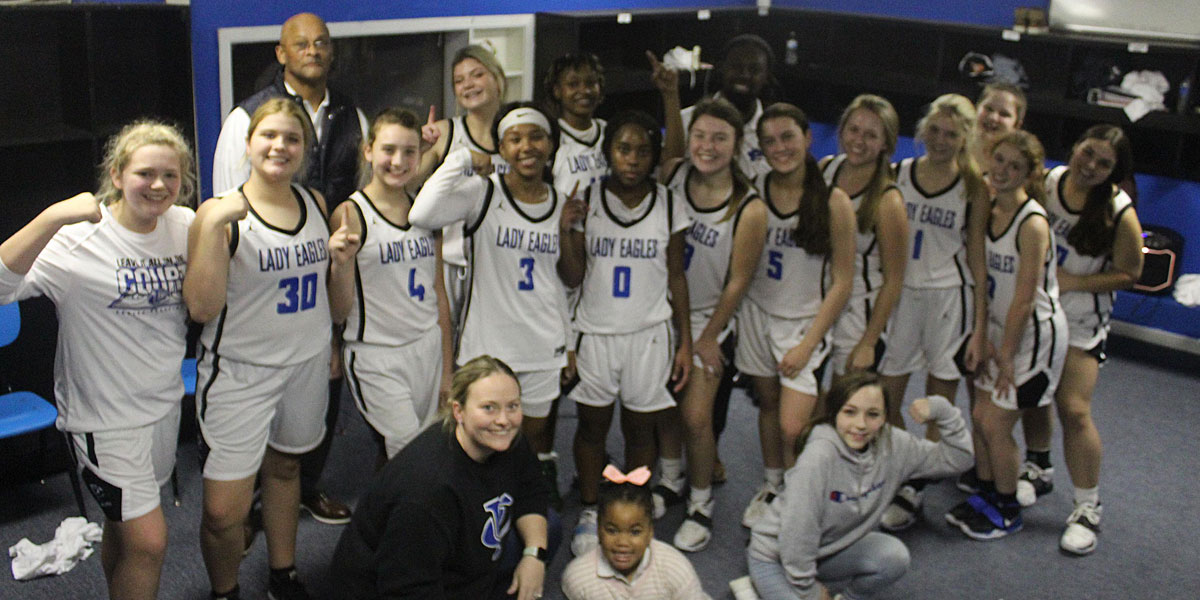 Porter’s Chapel Academy girl’s basketball team ended their season last night in a tough loss to Centreville Academy in the second round of the playoffs.

Although PCA came up short of a championship, they still managed to have a successful 20-10 season under head coach Casey Fisher. DeAndre King and Chandler Ellis were the two assistant coaches who also put in a lot of work with the ladies to make the season successful.

The team was built with multiple impact players who helped PCA to mostly blowout victories. Yakia Burns led the team in points by averaging over 30 points per game.

The Lady Eagles will only lose two seniors which is Burns and Bailey Andrews, who both had a positive impact for PCA.  The remaining players will now go into off-season training and begin preparing for next year.