Porter’s Chapel Academy basketball coach Casey Fisher turned around the girls program in his first year as the leader, which resulted in them having a winning season and he has now been named the Vicksburg Daily News Girls Basketball Coach of the Year.

Fisher took over the program just shortly before the 2020-2021 school year began, where he was put in charge of leading his group of young athletes in the right direction.

Although Fisher knew he had a big task to fulfill, he didn’t hesitate to take on the challenge.

“All I know is basketball and just the thrill of a challenge is what made me accept the position,” Fisher said. 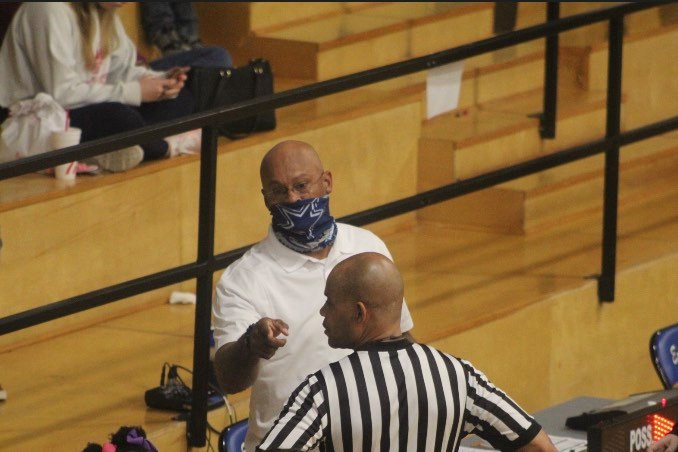 Fisher once coached high school basketball in the 1990s at a high school in Italy during his military days, where he first found success as a coach. He was also a star basketball player at the University of Southern Mississippi from 1984-1988.

This season, Fisher managed to lead the Lady Eagles to a 20-10 record with the help of his assistant coaches Chandler Ellis and DeAndre King.

The Lady Eagles seemed to respond well to their new coach and he was able to land two VHS transfers, Yakia Burns and Tiara Sims, who dominated the court along with Port Gibson transfer Zy Smith, who came in second in scoring.

“With me never coaching girls, I thought my first year went well and we had a good staff with King and Ellis being very helpful and instrumental to the success,” Fisher said. “The girls also responded well and the only hiccup we had was COVID-19,” he added.

PCA managed to blowout over half of their opponents this season under Fisher’s leadership and they managed to make it to the second round of the playoffs with only two seniors on the roster which was Burns and Bailey Andrews. One of the biggest wins was a 60-13 crucial victory over Deer Creek.

Fisher is now the second coach in VDN’s history to win the Girls Basketball Coach of the Year Award which something he was thrilled to achieve.

“It’s an honor and I give all the glory to God for the opportunity to be at PCA,” Fisher said. “Coach King and Coach Ellis were so helpful and the credit goes to the girls because they really played good basketball,” he added.