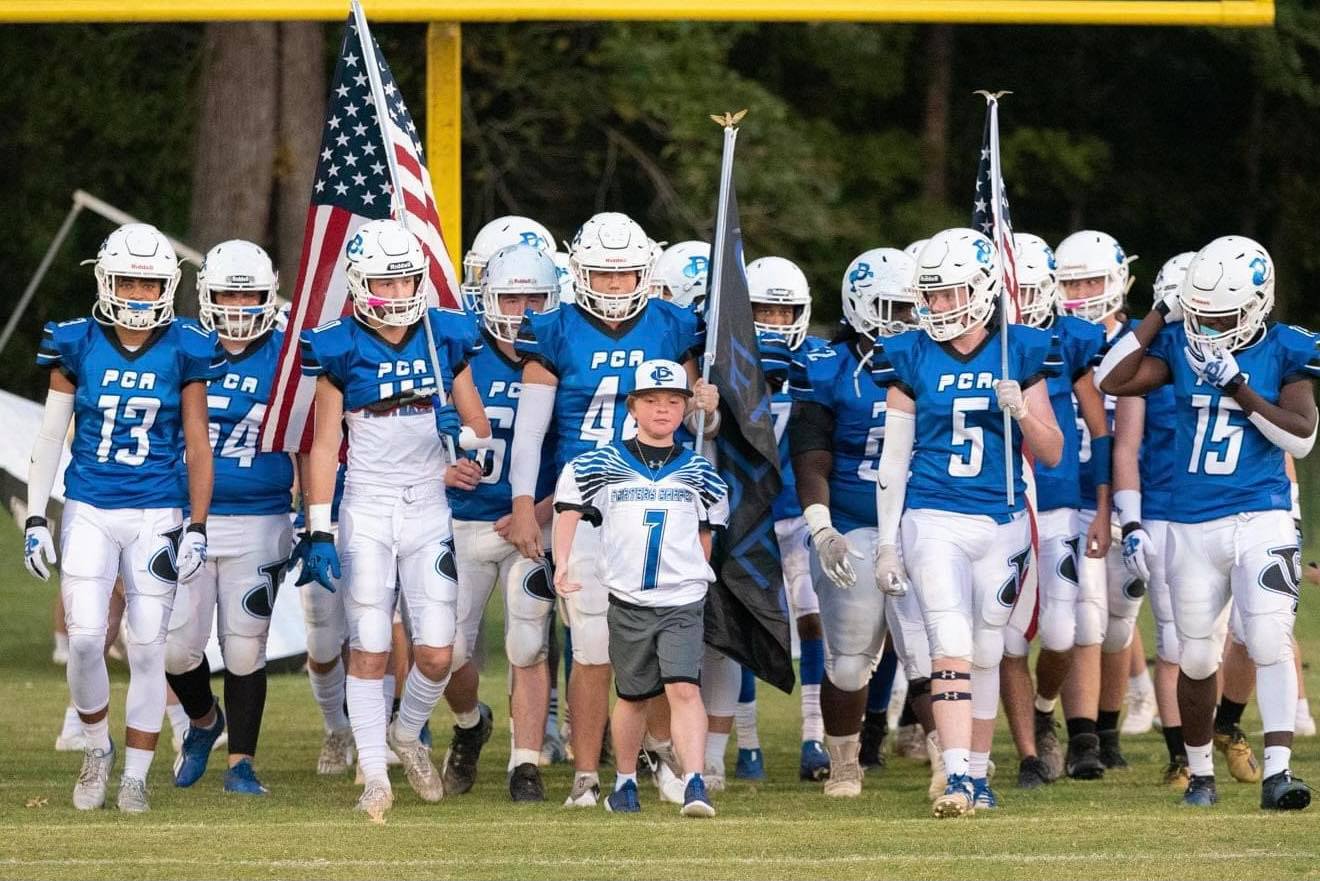 Porter’s Chapel Academy football team pulled a great achievement on Friday by clinching a playoff spot for the first time in years. PCA was able to knock off Christian Collegiate Academy in a 46-30 victory.

With Jace Riggs taking the snaps at quarterback, PCA was able to gain the lead in the second half. Riggs threw three touchdowns with over 200 yards in Friday and hit Willie Rogers for 60 yards, Jase Jung for 15 and Zach Ashley for 50 yards.

The Eagles stepped up in the second half by finding their way in the end zone multiple times. Tyler Washington rushed for three touchdowns for 65, 10 and 5 yards.

The Eagles are lead by head coach Blake Purvis who is currently in his sixth season as the leader of the team. PCA will host Tallulah Academy on Friday in the regular season finale.