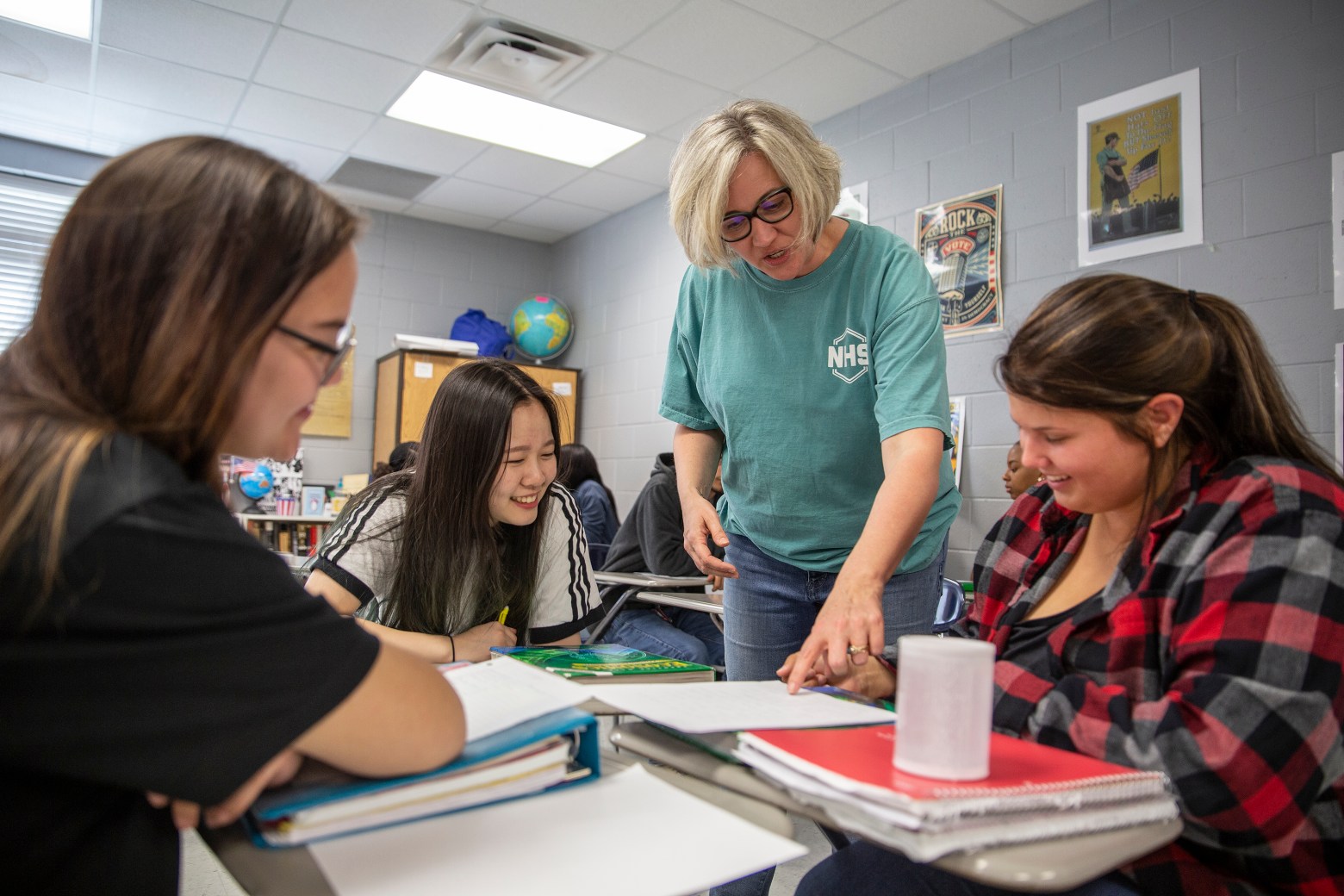 Not only does Mississippi’s public school teacher pay lag other states, insurance and some other benefits cost teachers more or pale in comparison to others.

While lawmakers have passed some modest increases in teacher pay in recent years — and politicians have promised more — Mississippi still trails the region and nation in teacher pay by most measures, particularly for starting and mid-career teachers. Mississippi’s starting salary for a teacher with a bachelor’s degree is $37,000. Political leaders have vowed to try to get it up at least to the regional average of nearly $40,000.

Wednesday’s hearing, led by Senate Education Chairman Dennis DeBar, R-Leakesville, marks the first time in several years that lawmakers have attempted a comprehensive look at the issue to inform policy — and teacher pay.

Lawmakers did not discuss specific pay raise figures, vowing to make a holistic study of compensation, costs and other factors before trying to come up with a dollar amount. Gov. Tate Reeves, who on Wednesday released an education task force study on teacher recruitment and retention, recently proposed a $3,300 teacher pay raise over three years.

DeBar noted that his district borders Alabama, and that not only is teacher pay higher across the border, insurance premiums for public school teachers are “half as much as Mississippi premiums” for a teacher to insure their family.

The state, which has a self-funded government employee insurance plan, has increased rates for employees (teachers included) about 3% a year for the last three years, with more increases expected in coming years. This, teachers have complained, eats into any pay raises they receive.

“I think this insurance discussion is critical,” Riley said. “We do hear concerns that any time there is a pay raise, there seems to be an accompanying increase in insurance. All benefits are important to teachers.”

Lawmakers also discussed retirement benefits and heard from officials with the Public Employee Retirement System. Mississippi’s employee contribution to the plan is 9%, higher than many other states including Alabama, at 7.5% and Arkansas at 6.5%.

While taxpayers in Mississippi contribute 17.4% for the employer contribution, 16.2% goes to unfunded pension liabilities and only 1.2% to a teacher’s benefits. Many other states also have shorter vesting periods than Mississippi’s eight years for new teachers, and Mississippi’s “break even” point for when pension benefits match what an employee is paying in is 25-30 years.

Lawmakers and presenters noted that factors other than pay play into teacher recruitment and retention, such as providing support staff, career development and “treating teachers like professionals.”

“Pay alone is not going to solve the problem,” said Sen. Brice Wiggins, R-Pascagoula, who also urged his colleagues to “think outside the box” and outside bureaucracy in looking for ways to recruit and retain teachers.

READ MORE: “It’s very obvious that we do not value teachers”: Why educators say there’s a critical teacher shortage

But the discussions kept coming back to salary and benefits. Experts with the Southern Regional Education Board noted that teacher salaries in adjusted dollars are lower today than they were in 1980. In the South, teacher pay is 21% lower than in professions where people have similar education.

While Mississippi trails other states in starting and mid-career teacher pay, it’s pay average is better for longtime teachers. Figures presented at the hearing showed Mississippi teacher pay for those with 35 years of experience in 2019 was $68,562, compared to the regional average of $66,099.

“It’s teachers coming out of school, up to 20 years — that’s where we have the problems,” DeBar said.

State economist Corey Miller pointed out to legislators that Mississippi’s low cost of living ameliorates lower salaries, but even when adjusted for this, the state’s teacher pay trails that of neighboring and most other states.

Senators on Wednesday also took the opportunity to grill Mississippi Department of Education officials on complaints they’ve received about the education department. Some also bristled when they learned that the two MDE officials planned to skedaddle the day-long hearings after their presentation was over.

Sen. Chad McMahan, R-Tupelo, held up his cell phone and told them he had been on hold with the department for about 45 minutes — since before the hearing started Wednesday.

“I called the Department of Education, the number on y’all’s web site,” McMahan said. “They just hung up … There’s a feeling among educators in this state that they are unable to communicate with the Department of Education. I get calls all the time from teachers either moving to this state or graduating from college that have problems getting their credentials, teachers licenses in a timely manner … sometimes it has taken months … and I have had to help intervene on their behalf.”

MDE officials said they are upgrading their phone system and hiring more people to answer phones and help with credentialing.

Sen. Hob Bryan, D-Amory, noted that the agency has in the past struggled to provide lawmakers accurate figures on how much teacher pay raises would cost.

“I find it very disturbing that the Department of Education has any problem at all determining how much a pay raise will be,” Bryan said. “Some of us consider it an example of how things are working at this Department of Ed.”

“A couple of years ago you had a $1 million contract for software, but then two weeks before it was up, you decided you wouldn’t use the software,” Polk said. “That’s $1 million wasted that could have gone to teacher salaries.”

Lt. Gov. Delbert Hosemann, who oversees the Senate, pushed last year’s $1,000 teacher raise and supports further increases. He said in on part of the hearings Wednesday and briefly addressed the committee.

“Whenever you see this many lobbyists in a room, you know something must be happening,” Hosemann joked with the committee. “What you are working on is the future of Mississippi, with our teachers — our opportunity to change and opportunity to prosper. Everything you’re talking about is the key to that.”