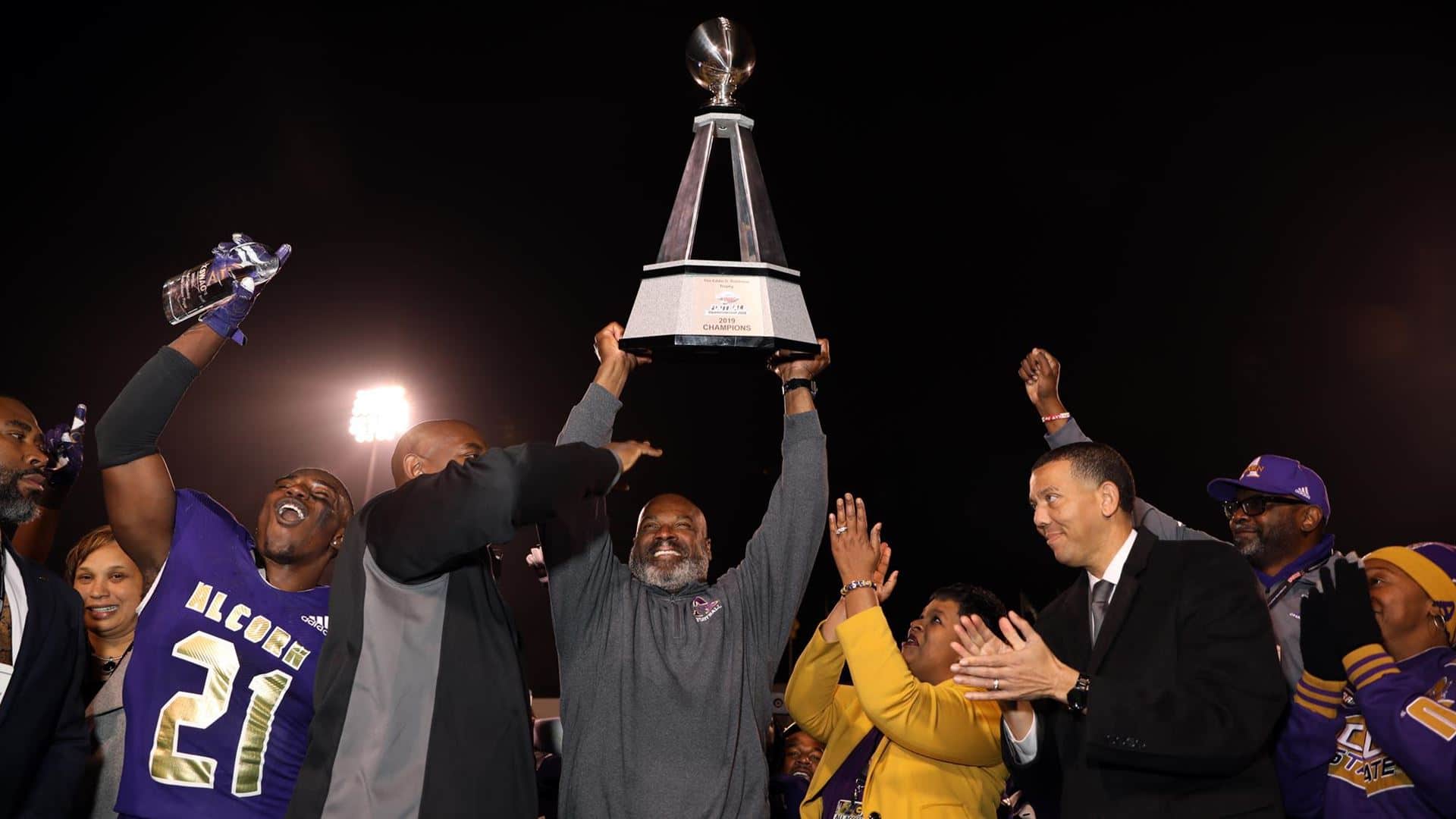 To recognize the success of the 2019 Alcorn State University football program, the City of Vicksburg and the Vicksburg Warren Alumni are co-sponsoring a SWAC Championship parade for the team and fans on Sunday, Jan. 19.

This university was awarded the title after defeating Southern University 39-24 in the 2019 SWAC Championship. It was the 17th conference championship in school history, fourth in the last six years and second in a row. Alcorn posted its best-ever record at Jack Spinks-Marino Casem Stadium by going 7-0 and will carry-over a 10-game home winning streak into next season.

“On behalf of the City of Vicksburg, I first want to congratulate the Alcorn football team on its outstanding season. To win the SWAC Championship is a tremendous accomplishment, and to do it four times in six years speaks volumes to the success of Coach McNair and the University,” said of Vicksburg Mayor George Flaggs Jr. in a statement. “We are honored to co-host the parade, and we encourage everyone to come out and show their support for Alcorn.”

Alcorn head coach Fred McNair, the two-time reigning SWAC Coach of the Year winner, will serve as Grand Marshall. The 2019 team, along with the Sounds Of Dyn-O-Mite band and the Alcorn Cheerleaders will also be on-hand.

“The Vicksburg Warren Alumni chapter is very excited to co-sponsor the event with The City of Vicksburg,” said chapter president Adrian Hall. “We are pleased to have an opportunity to be involved, and to celebrate the 2019 SWAC Championship with the team and the fans in our purple and gold.”

Registration to perform in the parade is available online with a deadline of Wednesday, Jan. 15. There is no charge for entry. Click here to fill out the parade registration form.