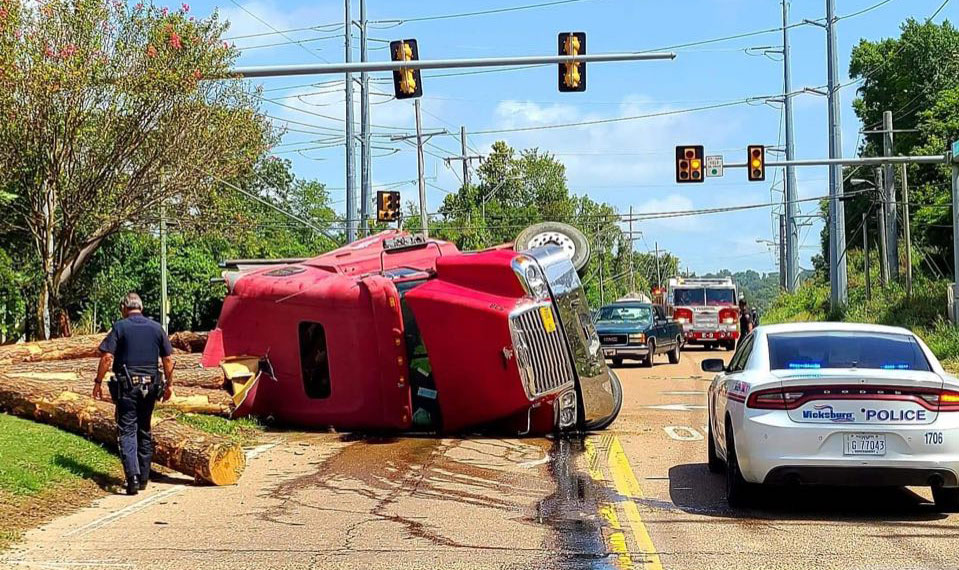 A log truck overturned on North Washington Street at its intersection with Haining Road around noon Thursday.

No injuries are reported; however, Vicksburg police have closed the intersection. Fluid, likely motor oil has spilled on a large area of the roadway.

Police expect it will take several hours to clear the accident. Find an alternate route.

Numerous police officers are on the scene including Chief Milton Moore. Several Vicksburg Fire Department officials including Engine 9 are on scene. Vicksburg Police Traffic Investigator Russell Dorsey is in charge of the crash investigation.