More than 500 without power in Warren County 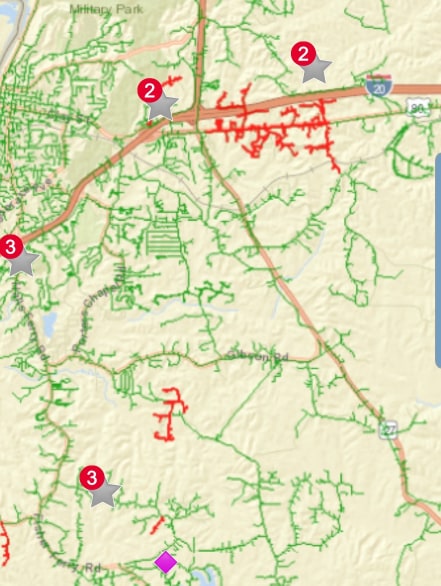 The effects of Tropical Storm Barry are just beginning to be felt in our area.

Entergy is reporting than more than 500 homes are without power. The largest outage is near Halls Ferry and Laura Lake Road affecting some 473 people. A power pole has snapped. 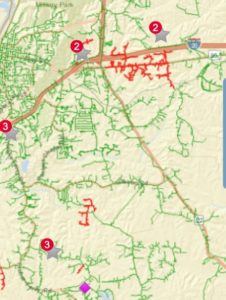 Another outage near highways 27 and 80 is impacting 337 homes. That outage was caused by tree branches falling on power lines.

There are dozens of reports of clogged or blocked roadways due to debris from trees and branches. A report just came in that 2260 Dogwood Road right at the bridge is blocked by a downed tree.

If you don’t have to be out today, don’t go.  If you see power lines down, treat them as if they were live wires.

If you see water on the roadway do not attempt to cross it. Almost all flood fatalities are caused by people attempting to cross through water over the roadway. Turn around; don’t drown.

Back-to-school shoppers can save on tax-free holiday