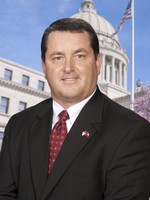 I love this community.

We’ve invested heartily here and have seen the city grow and thrive while other cities live off of us and our commerce.  We’ve also seen some nearby communities continue to waste away for whatever reason.  Vicksburg has had good governance and for the most part, the tax base has remained strong enough to support a growing community.  The city is, however, losing population to the surrounding county or nearby counties.  People are choosing to not live in Vicksburg and instead will commute to our town every day for their job.  Thousands of people choose to live in other communities and drive a lot of miles to Vicksburg for their job.

There are two main reasons why that is the case.

The first is the schools. There were problems and bad years and even bad management for a good while.  It caught up to us and we’re paying the price.  The good news is we have a strong and forward-thinking administrator and school board.  The bond we passed this year to improve the appearance of the schools along with the continued improvements in testing will make our schools more attractive than competing school districts.  It will be a couple of years before the facelifts and security enhancements are done, but when they are done, new families will see we are a community that wants to improve.  Those improvements mean the likelihood of families deciding to move here will improve.

The other reason we are losing to surrounding communities is the crime.  We’ve had a really bad year when it comes to crime and the blame falls firmly in the lap of Alex Monsour and George Flaggs.  They are the two who voted to remove Chief Walter Armstrong a year ago July.  At that time there were no major problems with the police department.  As a matter of fact, our police department was operating at the highest level it had in modern history.  I even wrote an editorial about how we should keep Armstrong.  That editorial was written with a sincere hope that one year later I would have to eat my words.  Regretfully, that is not the case.

Alex Monsour, I blame you.

You were the second vote.  Alderman Mayfield voted against removing Armstrong.  Your predecessor who actually lived in the South Ward voted against removing Armstrong.  George Flaggs made it clear for years that he did not support and even publically berated Armstrong for issues in our community.  But Alex you got elected by saying you were going to give George the second vote.  And you did.  How do you feel about that vote now?

It’s a year later and the perception of lawlessness in our community is rampant.  We’ve had how many murders in this period?  It is the highest number I can remember.  And two of those murders are unsolved?  Holy cow.  How far we’ve fallen in such a short time.  The prior year saw only 2 murders and one of them was probably self-defense.  Both of them were solved almost immediately.

There are now several groups on Social Media that control the narrative on crime and by all accounts, people do not feel safe in our little town.  For all the good that is going on in our community right now, it is worthless if people don’t feel safe.  If the population trusts the leadership of the police force they will help them reduce crime.  Armstrong had developed that relationship with the community and his officers.  We are dangerously understaffed at the police department.  When we are dangerously understaffed easily solved crimes go unattended because there are not enough hours in the day for the investigators.  There is currently a case where the victims provided everything to prove their property was stolen, everything but the thief.  They complained to the mayor and chief in a well-attended meeting and may finally get some satisfaction.   Things like that happen when you don’t have enough officers to deal with crime.

95+% of the poll respondents feel less safe than a year ago, Alex Monsour.