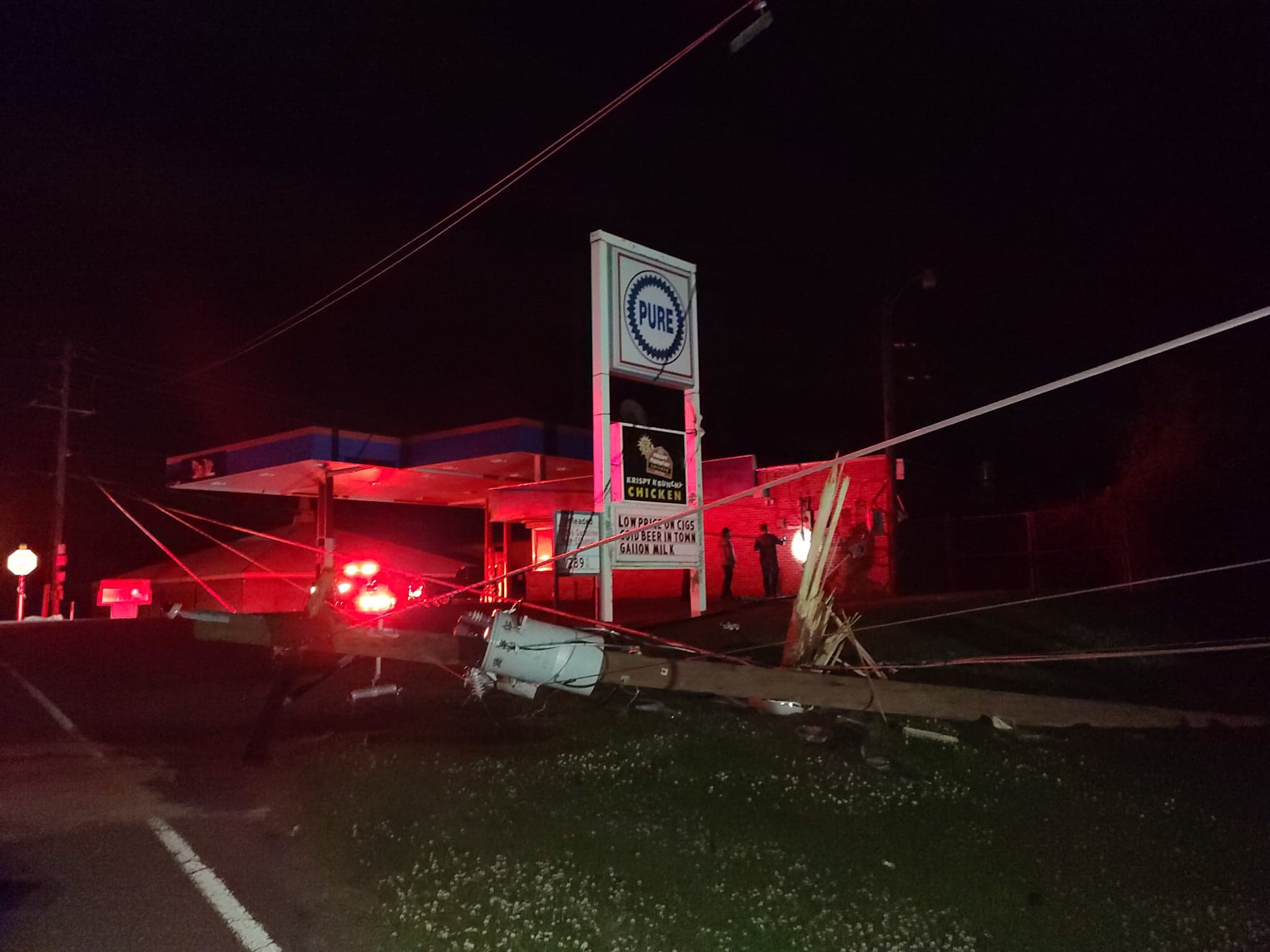 The accident scene at Lee and Indiana(photo by David Day)

At 10:25 p.m., a light-colored sedan headed west on Indiana at a high rate of speed. The driver lost control of the vehicle as it flew through the intersection at Lee Road, making contact with a telephone pole, shattering it and taking out power to almost a thousand area residents. 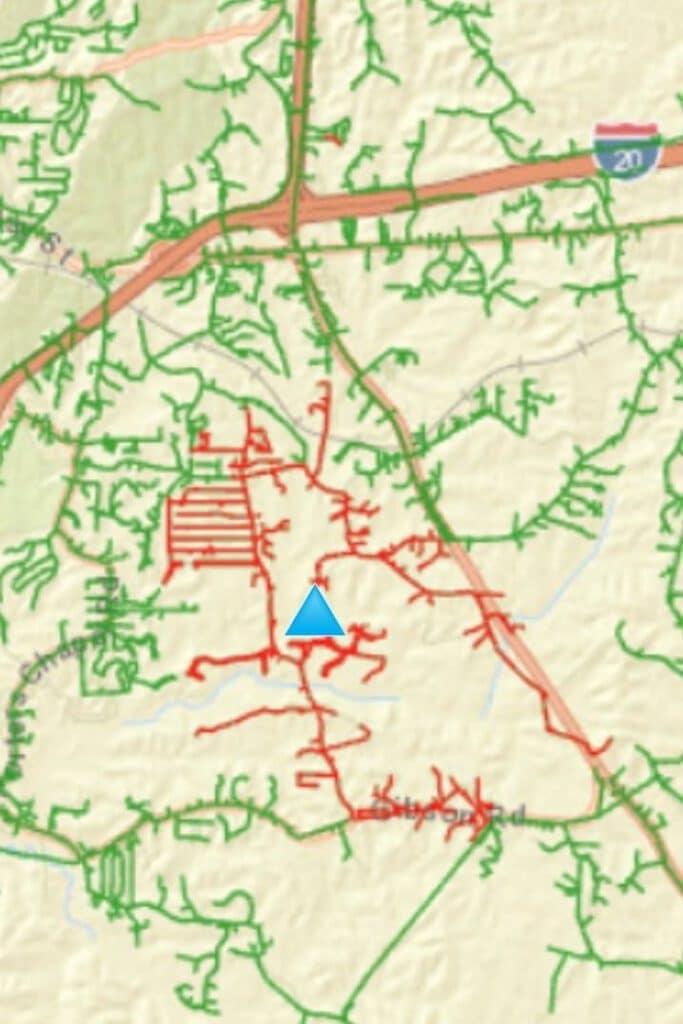 Entergy outage map of the area affected by the accident.

The car flipped and came to rest 75 yards west of the intersection in a yard. The driver got out of the vehicle and ran east, but collapsed on the lot of the gas station on the corner, presumably from their injuries. 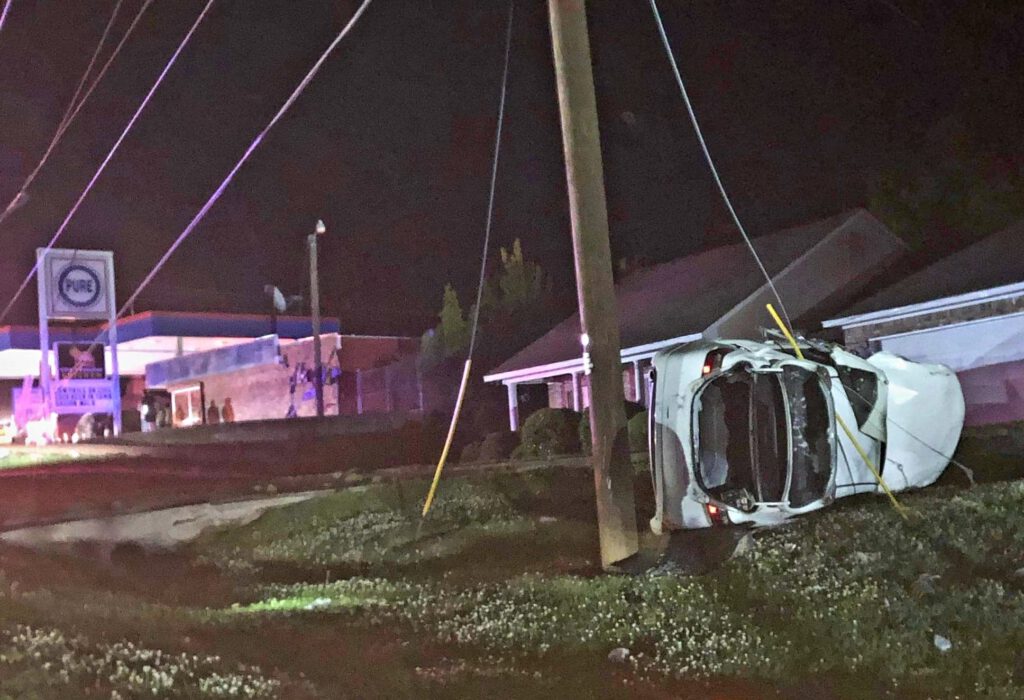 The accident scene. The car is 75 yards from the intersection (photo by VDN reader).

The 20-year-old male was transported to Merit Health, River Region where he is in serious condition. 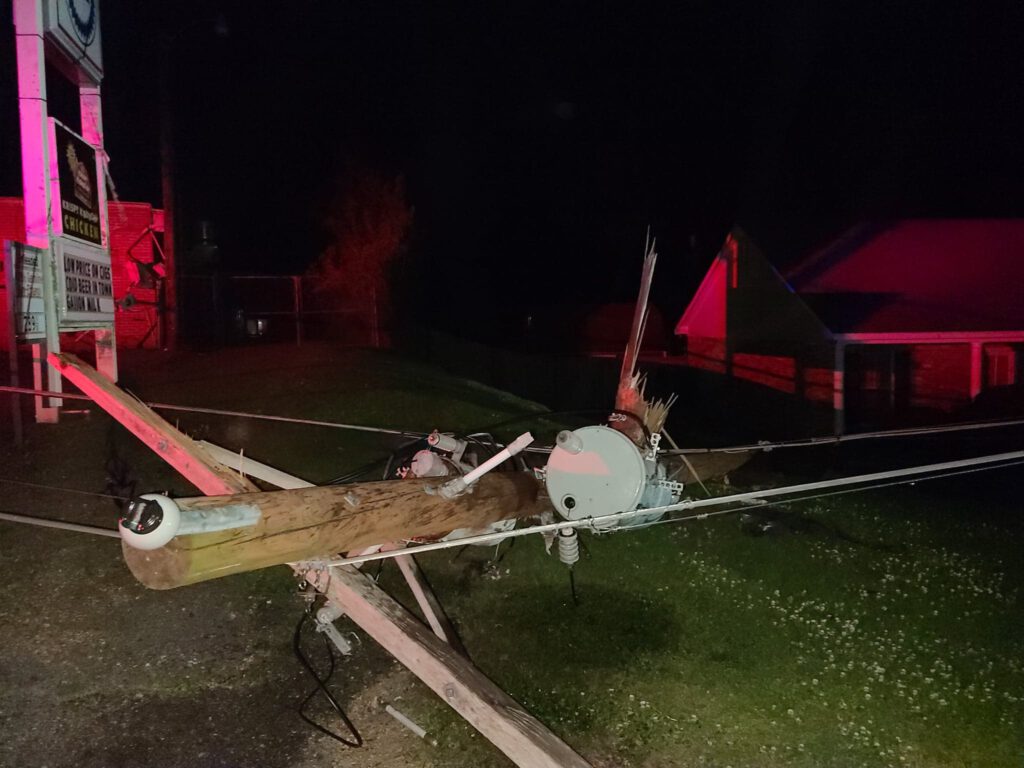 The power pole was shattered by the impact. The breakage area is about 5 feet up the pole indicating the vehicle was airborne when it made the impact (photo by David Day).

Entergy was also in the area, beginning the process of repairing the damage and restoring power. The Entergy Outage map says power will be back on by 1 a.m. 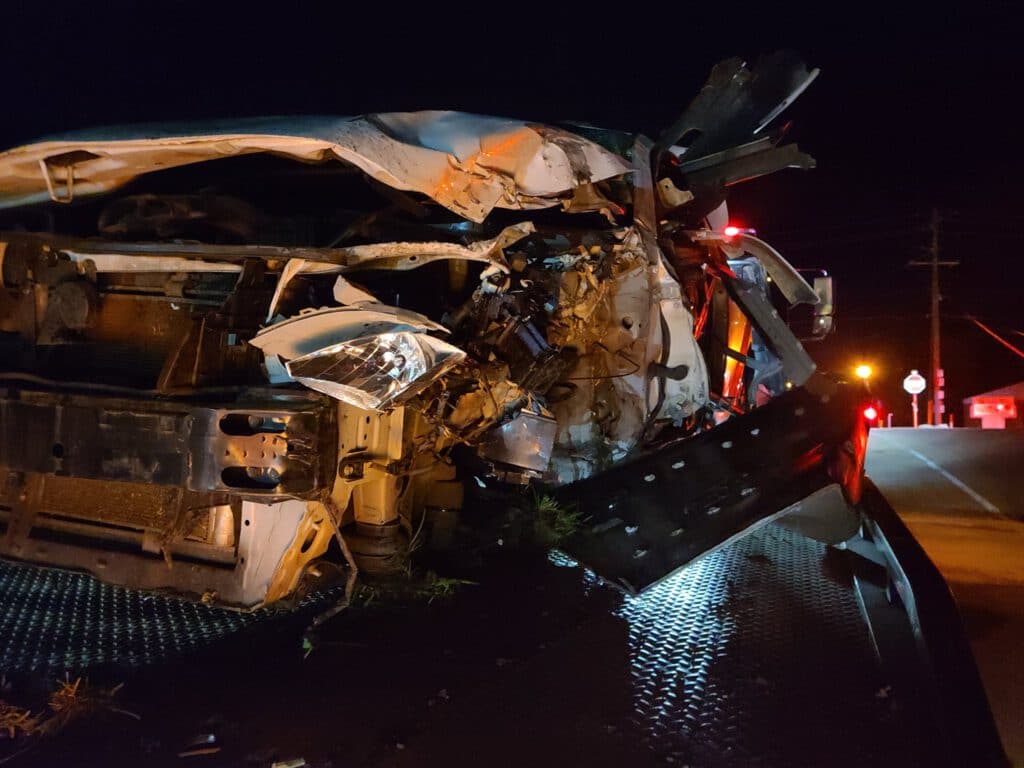 The light colored sedan sits on the rollback wrecker(photo by David Day).