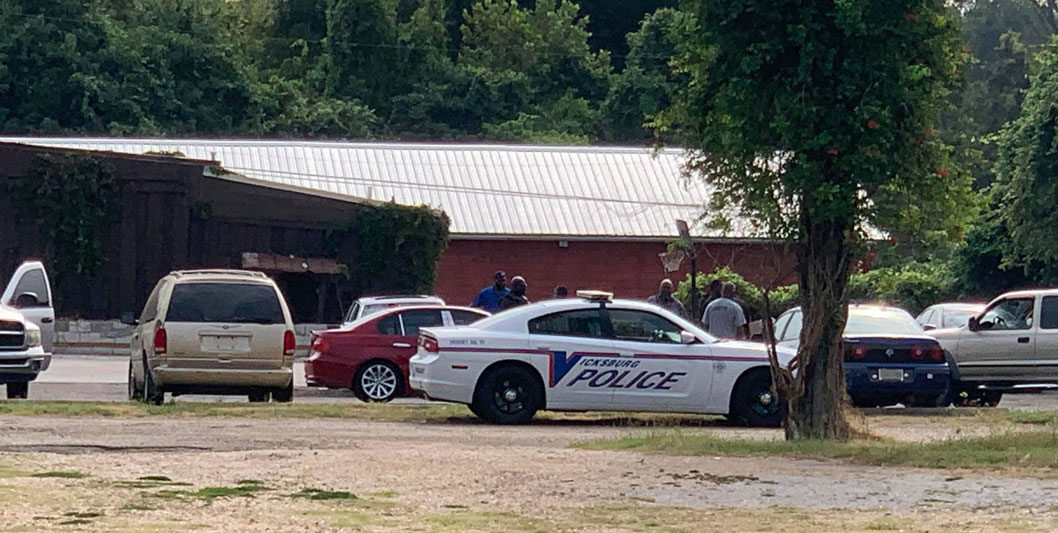 Police were out taking statements from car owners were hit in Saturday's shooting. (photo by Thomas Parker)

One person was shot Saturday around 3 a.m. on Second North Street near the intersection of Clay Street in Vicksburg.

The male victim was walking down the street when he was shot in the side from a passing vehicle, according to Vicksburg Police Chief Milton Moore. He was transported to Merit Health River Region hospital. Moore said the victim’s injuries were not life threatening.

Police returned to the scene later Saturday to take reports from owners of vehicles that were struck by gunfire and parked at the scene.

Chief Moore said police have not identified a suspect at this time, and he asks that anyone with information about the incident call the Criminal Investigation Division of the Vicksburg Police Department at 601-636-2511 or Crime Stoppers at 601-355-TIPS.

Gertrude Young: Renamed center is all about ‘time and love for our children’