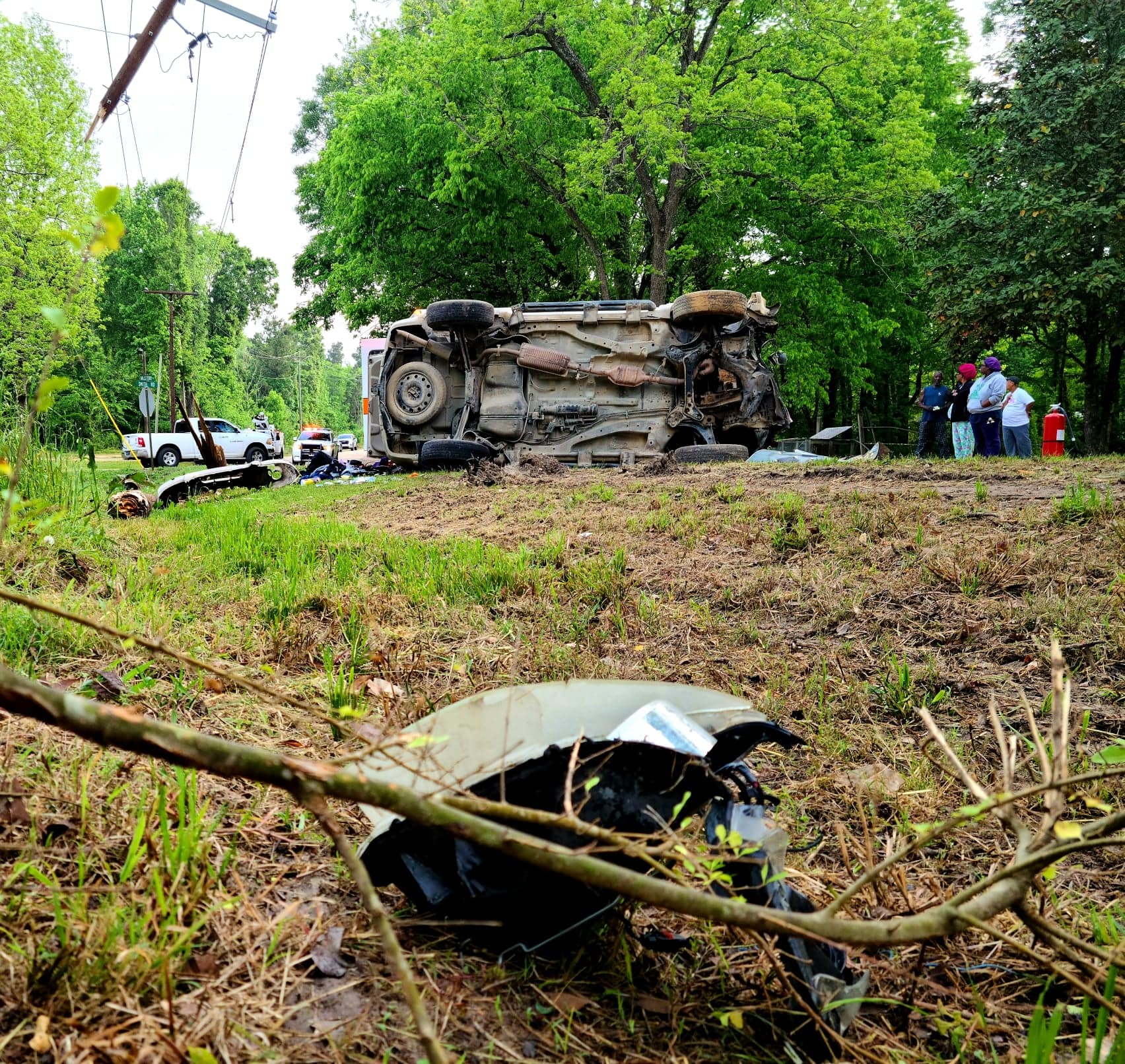 At 6:43 a.m. one person was injured in a single-vehicle accident on Halls Ferry at Smith Road.

The single occupant of the vehicle struck a telephone pole, shattering it and taking out power for the residents of Smith Road. 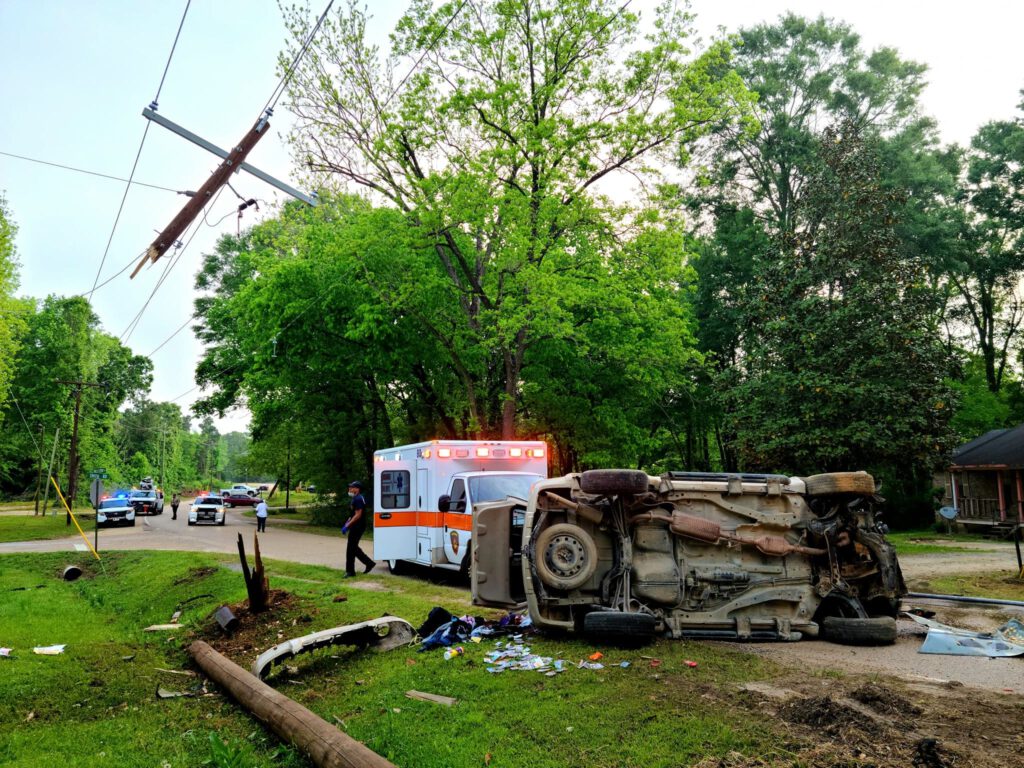 Traffic was blocked in both directions for over an hour as first responders worked to get the victim out of the vehicle. They were transported to an area hospital with non-life-threatening injuries. 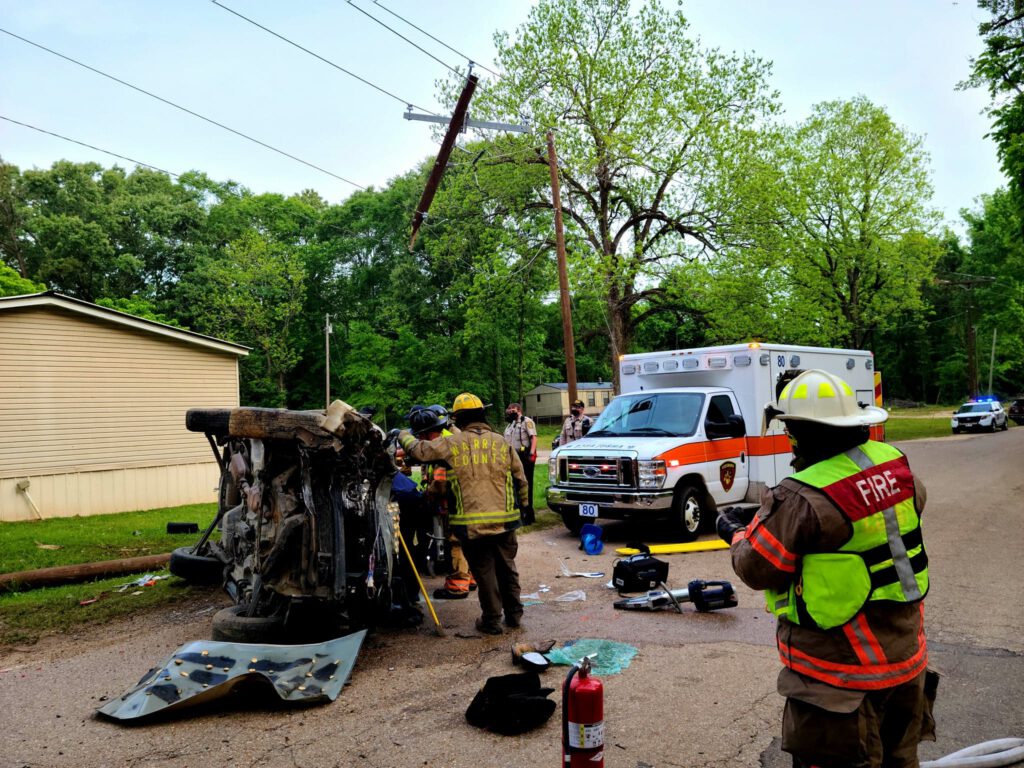 Rescue, Fisher Ferry, FireMedic 80 and Warren County Sheriff’s Deputies were on scene to assist. Entergy was called in and Ward’s wrecker service arrived on the scene at 8 a.m. to remove the vehicle from the roadway and the scene should be cleared by 8:30 a.m.