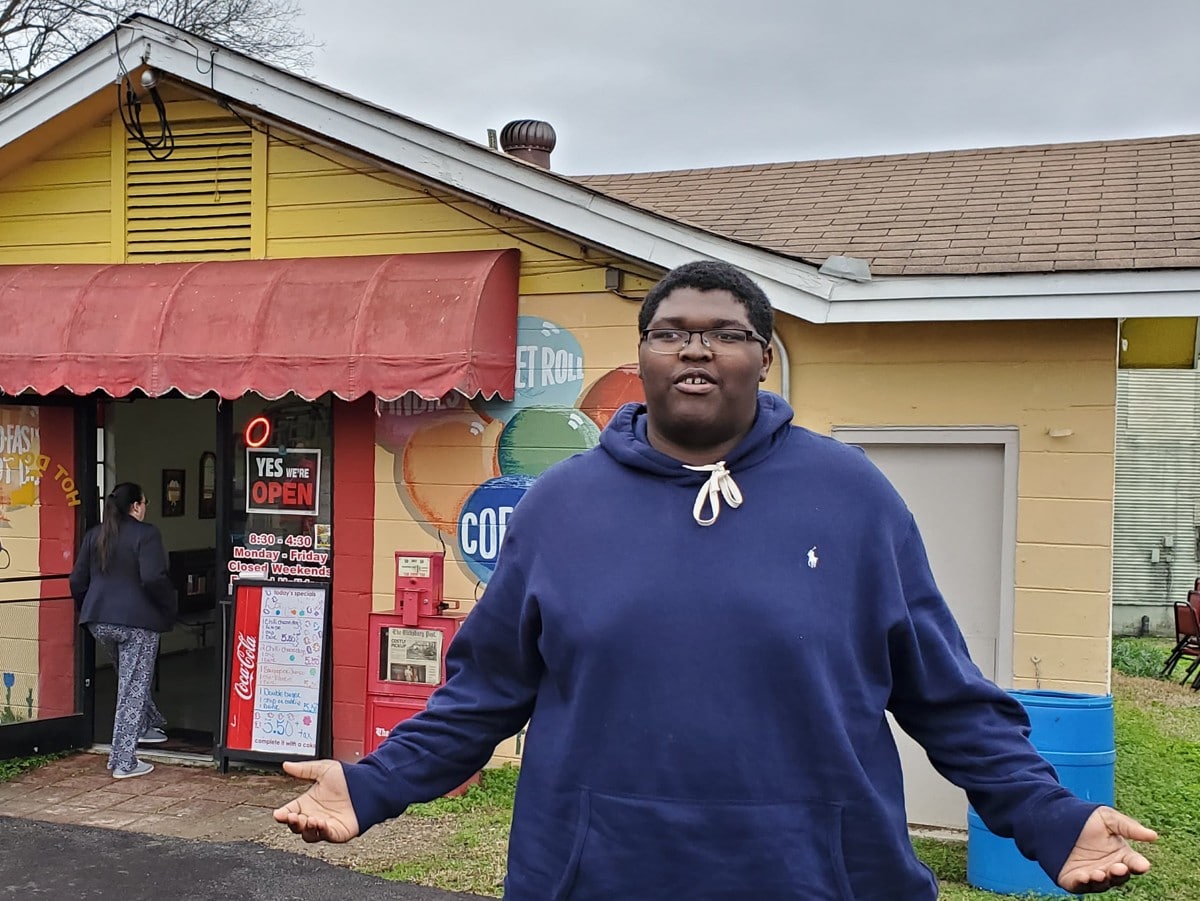 Elijah Rosenthal looks none the worse for wear after eating 18 hot dogs in just over an hour. (Photos by David Day)

It was only supposed to take 10 minutes.

But after more than an hour, Elijah Rosenthal won $400 for eating more hot dogs than his seven competitors.

The eight contestants each started off with 15 dogs in buns—condiments optional. They sat behind long white tables in the parking lot and then, at about 2:30 p.m., they began chowing down.

A few minutes later, it was down to three, as one-by-one, contestants walked away too full to continue. Then, the time limit was suspended, as it became a flat-out endurance contest to see who could keep eating. 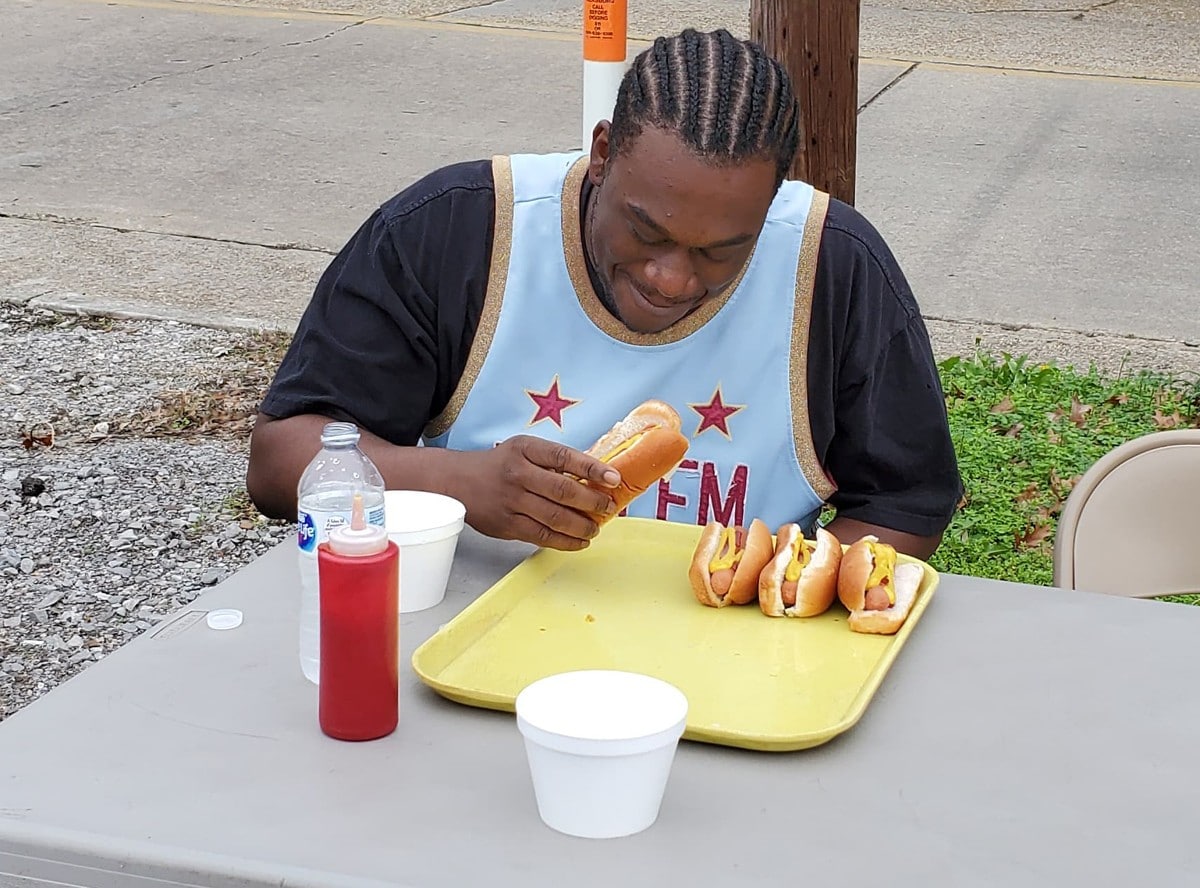 And eat they did. Jeremy Summers was at one end of the row of tables, and Chris Boone and Elijah Rosenthal sat side-by-side at the other end. 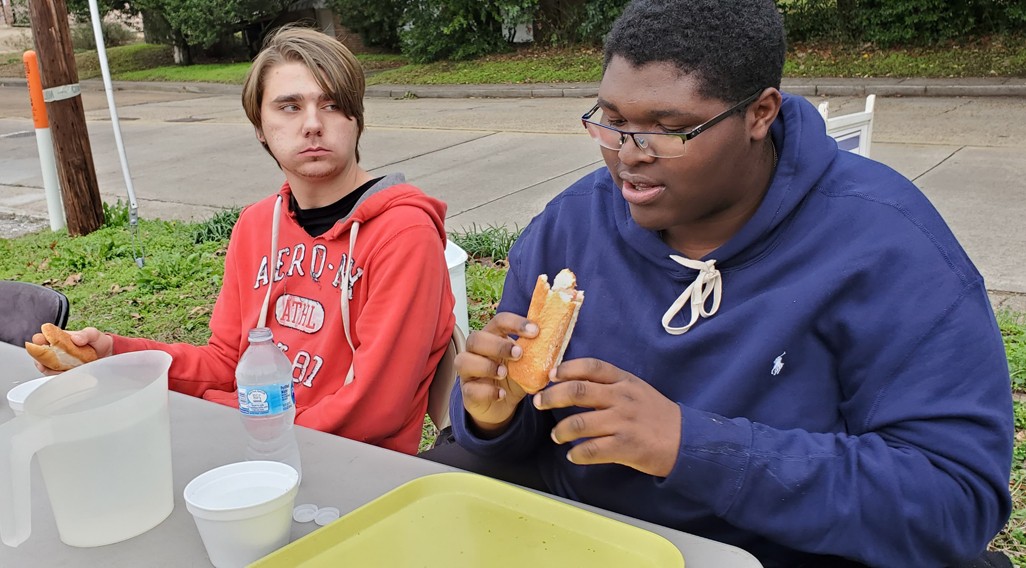 Chris Boone glares at Elijah Rosenthal who was determined to just eat one more weiner.

As things slowed, contestants glared at each other and at folks making Facebook videos—and the chewing continued—12, 15, 17 dogs down.

“Someone’s gonna puke,” a watcher said. “Someone already did,” was the quick retort.

And then, after a little more than hour, the contestants were given five minutes to finish.

Summers made a power move and put two hot dogs together, but it proved too much in the final seconds. When it was all over, Elijah Rosenthal was crowned the winner.

The event was a promotion for the Hot Dog Man restaurant and for vicksburgapp.com, which is looking to provide Vicksburg residents virtual business and event listings around town, said promoter Robert Rosenthal. Winner Elijah Rosenthal is his son.