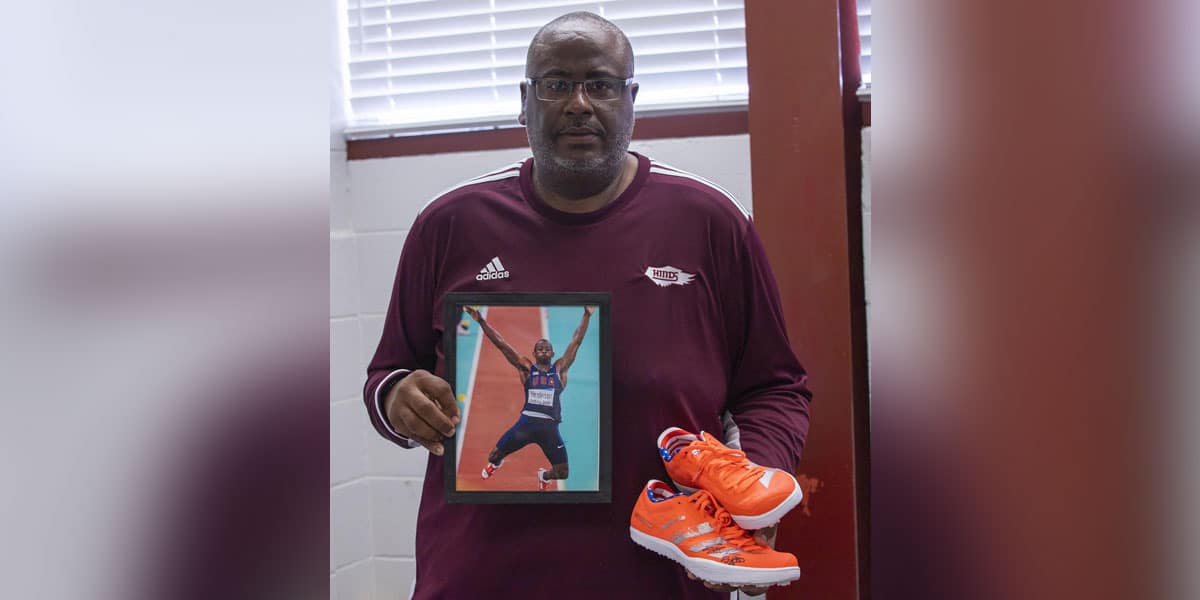 Former Hinds Eagle Jeff Henderson paid homage to his roots here in Raymond by giving the track shoes he wore in the Olympics to head track coach Reginald Dillon.

Henderson had the shoes made for the long jump in the 2016 Rio de Janeiro Olympics where he took home the gold medal.

Henderson grew up in North Little Rock, Arkansas, and he attended and competed for Hinds in 2008 and 2009 under coach Dillon. While in Raymond, he was the first athlete in the National Junior College Athletic Association to win four national championships in the same event (two indoor and two outdoor).

In 2009, Henderson also competed and won the national championship in the 4×100 meter relay. He was named a NJCAA All-American in both 2008 and 2009. With his illustrious junior college career, Henderson was named to the NJCAA Hall of Fame in 2016.

In his professional career, Henderson has competed all over the world, winning gold medals in both the 2016 Olympics and 2016 Pan-Am games in Toronto, Canada. Just last year in 2019, he won the silver medal in the International Association of Athletic Federations in Dora, Qatar. Henderson also won the bronze medal at the 2018 Continental Cup in Ostrava, the silver medal at the 2013 USA outdoor meet, and set the long jump meet record at the 2014 Adidas Grand Prix. The former Eagle has been named the IAAF Diamond League champion three times.