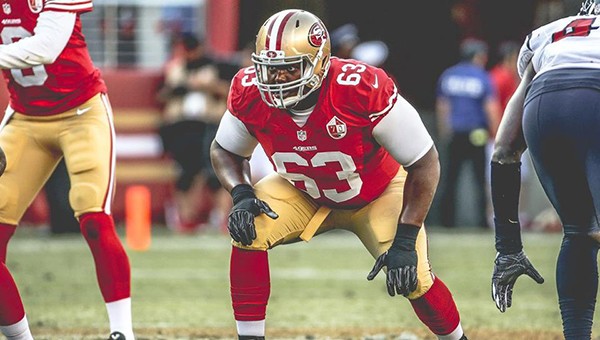 Behind every touchdown, behind every field goal, behind every victory, there are big men on the line of scrimmage who made it all happen in the trenches, and they are often forgotten.

The O-lineman position is one that just about any coach could tell you is very important and overlooked, but most lineman enjoy it anyway.

“I love being able to guard for my brothers, and the lineman position is very important because you have to have a good line to have a good game,” said JT Hill, a senior lineman at Warren Central High School.

For example, a college coach can see a kid 6 foot 5 inches tall who may not be a good blocker, but they are more likely to take a chance on him before they would go for a 5 foot 11 inch lineman who has excellent skills. Because the stats are not there for coaches to refer to, appearance seems to be the thing coaches go for when it comes to Vicksburg and other Mississippi O-lineman.

It is not uncommon for local offensive lineman to have to play at a junior college first to prove to universities that they should take a chance on them. Even local linemen who made it to the NFL, such as Norman Price, attended Hinds Community College before starring at Southern Miss.

Big Division 1 colleges don’t seem to have much interest in the lineman coming out of Vicksburg mostly due to the lack of exposure that the lineman receive. Media mostly reports about the guys who score the touchdowns or the person who made the most catches, but they never talk about the big guys up front who made it all happen.

“It takes an unselfish type of person to help others be great without getting any recognition yourself,” said Chris Winston, a senior Warren Central lineman who will be soon playing in the Mississippi-Alabama all-star game.

Offensive lineman don’t play the game to expect their names to be in the paper the next morning, but they give it their all every time they step foot out onto the field as if they are preparing for war. Recognition goes a long way in football, so when that quarterback signs that college scholarship, or when the team clinches a playoff berth, everyone should know that it was the lineman in front of them that made it happen.