Folks, it’s a mess out there.

Road crews with Warren County and Mississippi Department of Transportation have been busy today. A series of downed trees also brought area utility providers into the equation.

Just after 3 a.m., Thursday, trees took down utility poles on Nailor Road near the intersection of Poole Road. This incident required a pole to be replaced.

A similar situation was reported on U.S. Highway 61 South near the intersection with Ring Road, just after 4 a.m. At around 2:15 p.m., a mudslide was reported in the 8600 block of 61 South. MDOT is inspecting the area to determine if there is a possible undermining of the roadway.

A large mudslide occurred on North Frontage Road near the Church of Christ just after 7 a.m. creating havoc for morning commuters. At the same time, Old Jackson Road experienced another major slide and was closed again.

Highway 61 North between the Blakely subdivision and Redwood has been problematic with two incidents of vehicles being struck by falling trees. No injuries were reported, and both incidents were cleared up quickly. 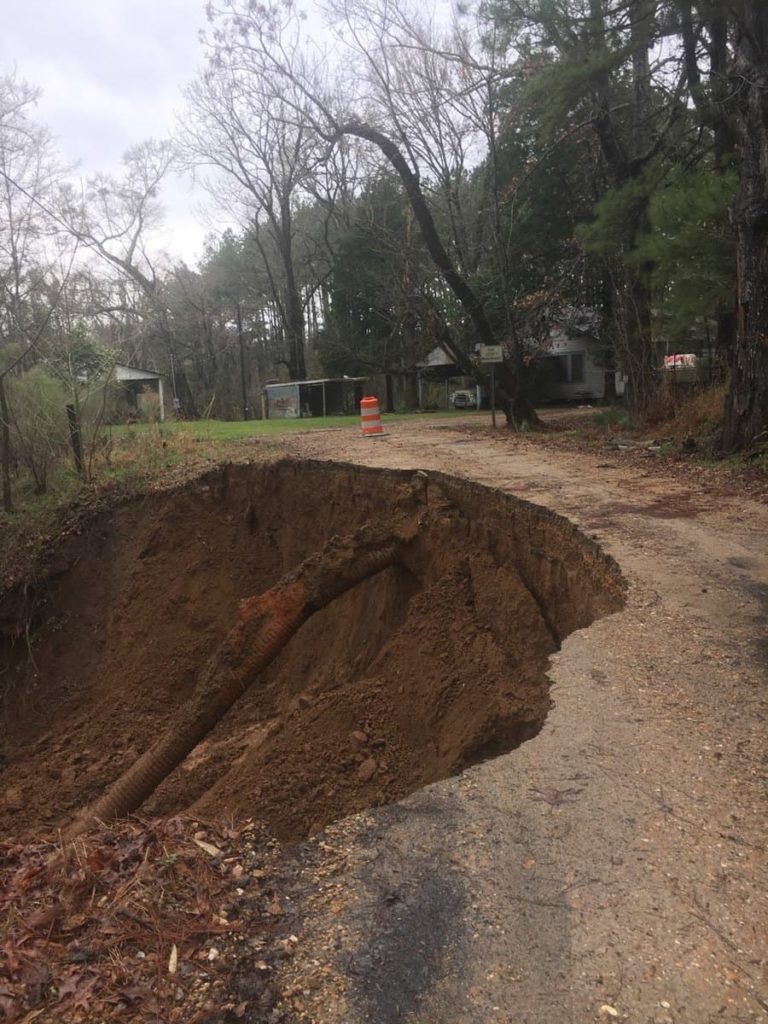 A major slide has occurred at the northern end of Boy Scout Road isolating one home.

This afternoon just after 1 p.m., trees took down two power poles in the 1600 block of Old Highway 27 causing a widespread power outage. Entergy reported more than 3,000 service outages as a result of this incident.

The U.S. Army Corps of Engineers’ headquarters building on Clay Street closed to the public at about 2:30 p.m. due to a power outage. Employees with telework agreements in place may telework. All other employees will be placed on administrative leave.

To the north, the wind and rainfall have begun to eat away the shoulder on Highway 465, just south of the old Eagle Lake Gin. It appears that 465 will be closed within the next few days due to water overtopping the roadway. 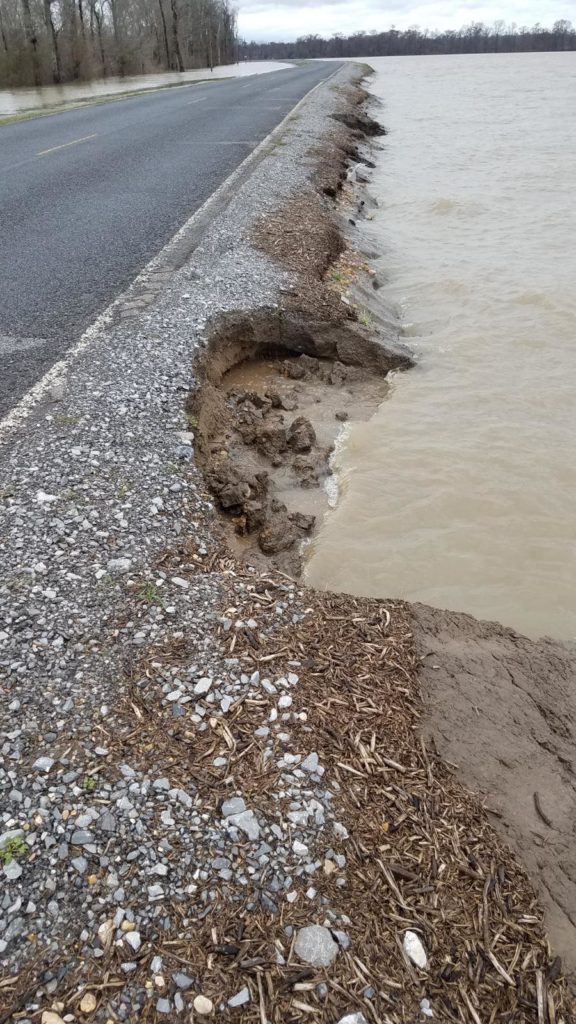 The Vicksburg Daily News continues to monitor developments and encourages everyone to allow extra travel time. Thus far, we are not aware of any significant injuries as a result of these incidents.

United Way awarded partners and volunteers at its annual meeting