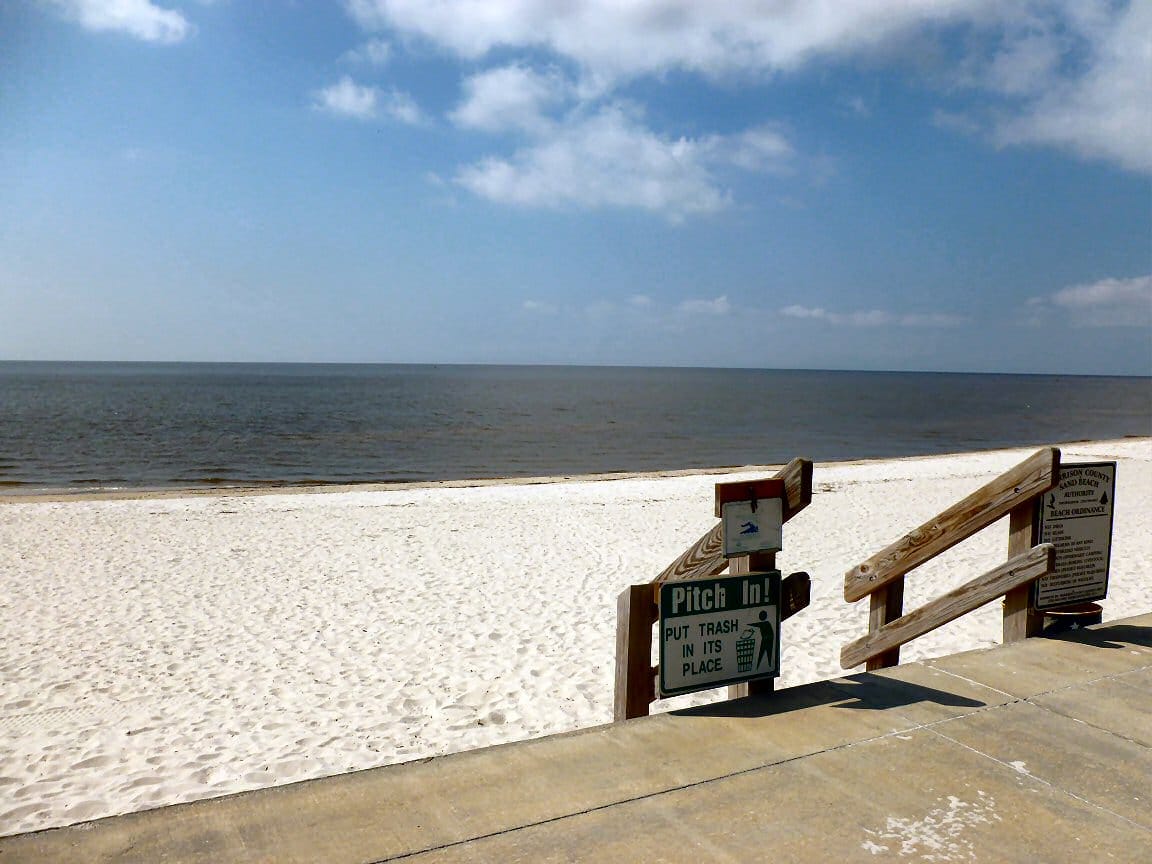 Pass Christian Central Beach is one of nine beaches closed by the Mississippi Department of Environmental Quality. Photo by MDEQ.

If you’re considering a Mississippi Gulf Coast beach vacation, you may want to reconsider your plans.

The Mississippi Department of Environmental Quality has closed several beaches until further notice on the state’s coast line due to “a blue-green Harmful Algal Bloom (HAB) extending into that area,” the department states on its website.

“MDEQ advises people, and their pets, to avoid water contact such as swimming or wading because exposure to the blue-green HAB can be harmful. The algae can cause rashes, stomach cramps, nausea, diarrhea and vomiting. MDEQ advises that those exposed wash with soap and water and to not eat fish or any other seafood taken from affected areas. The closures refer to water contact and do not prohibit use of the sand portion of a beach.”

The HAB is one result of the unusually high amount of fresh water flowing south into the Gulf via the Mississippi River. Because of the high water levels in the river, the Bonnet Carre Spillway was opened twice this year to relieve pressure on the levee system and keep the city of New Orleans from flooding. Some of that water went into Lake Pontchartrain, which then drained into the Mississippi Sound diluting the salt water of the Gulf and encouraging HAB growth.

Lower salinity in the Gulf has already affected Mississippi’s fishing industry, as oysters, crabs and other marine life cannot survive in this new environment.

“In recent decades, scientists have observed an increase in the frequency, severity and geographic distribution of HABs worldwide,” the Environmental Protection Agency warned in a 2013 paper. “Recent research suggests that the impacts of climate change may promote the growth and dominance of harmful algal blooms through a variety of mechanisms including:

The recent Mississippi River flooding may have provided a “perfect storm” of conditions for the toxic algal blooms.

For the latest on beach closings, visit the Mississippi Beach Monitoring Program website.