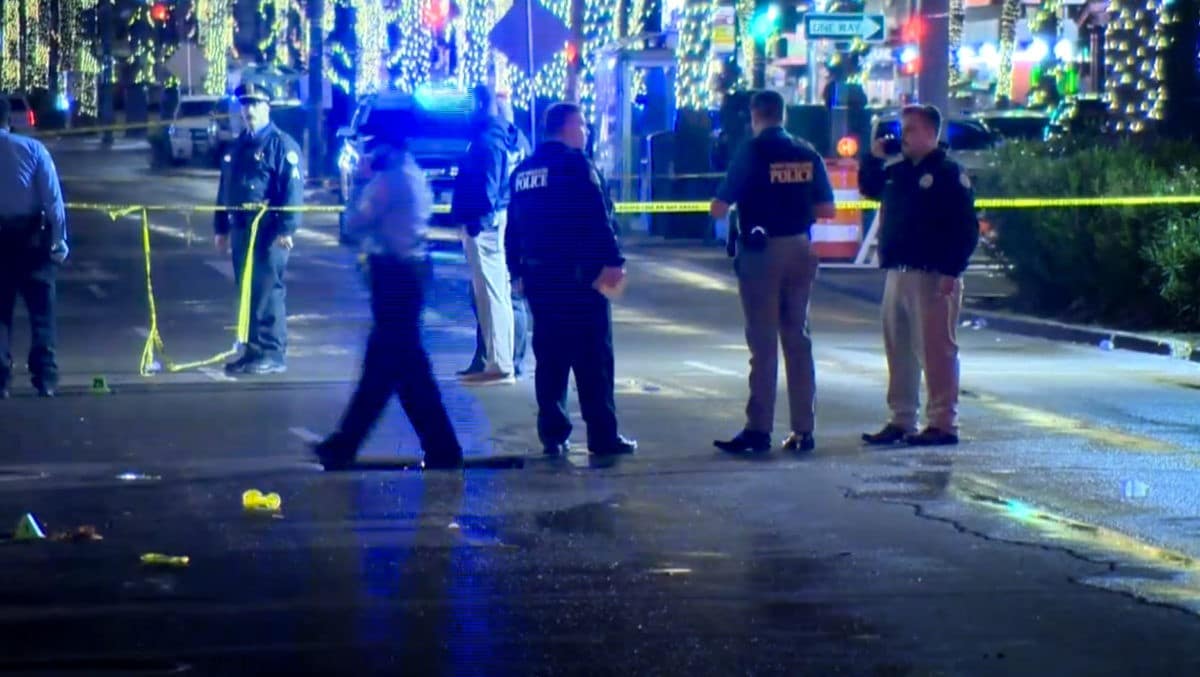 A mass shooting on Canal Street in New Orleans has left 11 people wounded. Two are in critical condition.

The shooting occurred around 3:25 a.m. Sunday, according to New Orleans Police, in the 700 block of Canal Street. Early reports that said 10 were injured have been updated to 11.

Of the 11 victims, it’s known that one was shot in the chest and another in the torso. Ten of the victims were transported to area hospitals, including Tulane Medical Center and University Medical Center, although no information is available on their conditions. One walked to a local hospital for treatment.

Police have detained one person, but it is not clear whether the person was involved in the shooting. No arrests have been made, and it is also not clear if more than one gunman is involved.

The shooting happened on a particularly busy night in the French Quarter, with thousands of visitors in the city for the Bayou Classic football game between Grambling State and Southern University.

Another mass shooting occurred on the Bayou Classic weekend in 2016, when one man died and nine were injured.

Tornado watch in effect for much of Mississippi