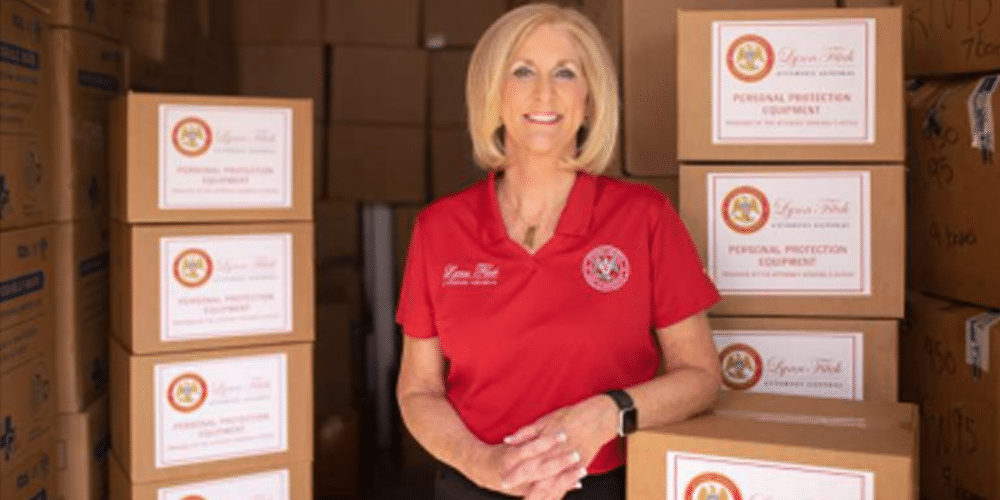 In a report on March 19, Mississippi Attorney General Lynn Fitch reported the AG’s office had recovered nearly 500,000 Personal Protection Equipment (PPE) items from a price gouger. The items were subsequently given to healthcare workers and first responders.

Fitch and her team began passing out hundreds of thousands of PPE, including respirators, masks and gloves, throughout the state. The Attorney General’s Office took control of the items as a result of a plea arrangement made by the party responsible for price gouging the items.

In March 2020, the Mississippi Attorney General’s Office began an investigation following multiple complaints of price gouging against Gulf Coast Pharmaceuticals Plus, LLC. They discovered that the company, directed and supervised by Kenneth Ritchey, was indeed, intentionally price-gouging medical facilities when selling PPE items that were in short supply at the beginning of the COVID-19 pandemic.

“Taking advantage of our neighbors in need during a crisis to turn an extra profit is wrong,” stated Fitch, “We are turning this PPE back to the men and women who have sacrificed so much for us during this pandemic – health centers, law enforcement, and fire departments.”

Ritchey pled guilty to one count of price gouging. He was ordered to pay restitution in the amount of $60,000 to G.V. Sonny Montgomery Veterans Administration Hospital, was levied a fine of $5,000 and all associated court costs. The PPE was also surrendered by Ritchey and taken by law enforcement to the AG’s office.

No further requests for PPE are being taken at this time and all available units have been allocated. Distribution will continue over the next month.