Nearly 19% of Mississippi's labor force has filed for unemployment benefits 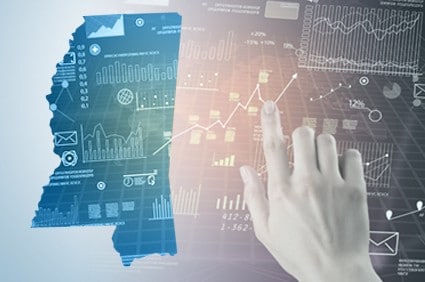 Since March 11, the day the first case of COVID-19 was confirmed in the state, nearly a quarter million people have filed for unemployment benefits, and the majority of those folks have filed for additional benefits after their initial claim.

As in other states, Mississippi’s unemployment trust fund has taken a big hit paying out benefits. Revenue flowing into the fund from employers has also dropped as many businesses were shuttered during the COVID-19 crisis and not paying unemployment insurance.

At the beginning of 2020, the fund contained more than $710 million, according to the U.S. Treasury. In April, the state paid out over $73 million in claims and took in $3 million in revenues. At the end of April, the fund balance stood at $638 million.

Nationwide, nearly 3 million Americans filed new unemployment benefits claims in the week ending May 9, bringing the total of unemployed people in the U.S. to more than 36 million.

A big portion of those job losses were in industries such as hospitality and retail, typically low-wage positions.

Thursday, the Federal Reserve released a report detailing who has been hit hardest by the pandemic downturn. Four out of 10 of those who lost jobs were low-wage workers, the report says.

“While we are all affected, the burden has fallen most heavily on those least able to bear it,” said Fed Chairman Jerome Powell in a Wednesday webcast.

“We are seeing a severe decline in economic activity and in employment, and already the job gains of the past decade have been erased,” Powell added.