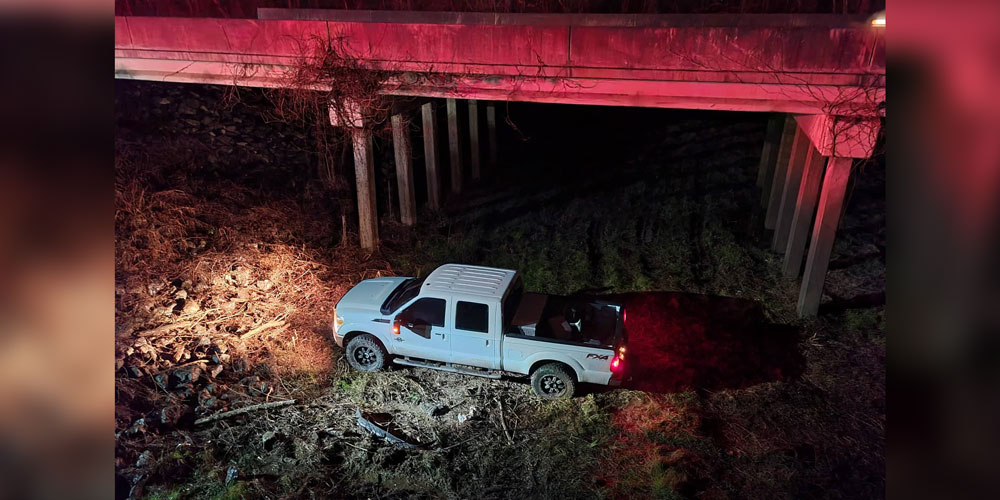 A driver traveling east on Interstate-20 Thursday night is miraculously unharmed after a blow-out landed them under the overpass at Clear Creek.

After experiencing a blow-out at interstate speed and veering into the median, the truck continued down the hill of the overpass at mile marker 12, where the driver was unable to get it out.

No one was injured in the crash, and there does not appear to be significant damage to the vehicle.

As of 7:40 p.m. Ward’s Wrecker Service was in route to retrieve the vehicle.  There is no immediate impact to traffic, but please be safe traveling the roads this New Year’s Eve.