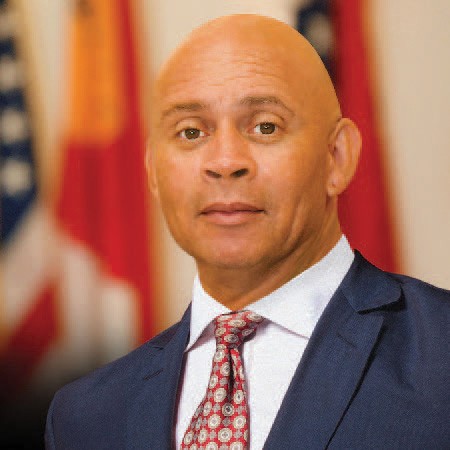 Natchez Mayor Darryl Grennell. His father was one of 150 civil rights protesters arrested in October 1965 to be honored by a new monument.

Natchez, Miss., has begun construction of a monument honoring civil rights activists arrested there in 1965.

The “Proud to Take a Stand” monument will stand near the spot where police arrested 150 protesters and transported them to the Mississippi State Penitentiary at Parchman for several days before they went on trial, the Natchez Democrat reports.

“When I saw them working out here Sunday morning, I was like, ‘Oh my God. It’s happening,” Natchez Mayor Darryl Grennell told the paper. The mayor’s father, Jonathan Grennell, was among those arrested. “I’m just happy to see it’s beginning to come together.”

Approximately 800 protestors were marching for civil rights without the “parade” permit required by a city ordinance. That ordinance was later ruled unconstitutional.

The location of the monument is the southwest corner of the Natchez City Auditorium at Jefferson and Canal streets, and the mayor said he hopes to unveil it on Oct.2, the anniversary of the march.

Funding for the monument comes from a $38,000 allocation from the State of Mississippi matched by City of Natchez, and Mayor Grennell raised more than $14,000, which includes his personal donation of $1,000.