never took him for a run. I was too fat and lazy to run when he was able, now he is too old. It’s still crazy to think of ME running. I’m starting to love it though. Hopefully, I can keep up with Shooter. I don’t think I have much choice in the matter though! If you still haven’t started on your journey and are looking for a little inspiration, I have something for your to watch. If Chad Johnson’s story doesn’t inspire you, you should check your pulse! Chad’s motto is: “You can either stop, or you can start.” It’s time for us all to start. The time for stopping was yesterday. So, stop feeling sorry for yourself and take a look at this.  Click here, it opens in a new window. It is easy to sit around and feel sorry for yourself. It is easy to put it off until tomorrow or say, “One day…” Well, your are not getting any younger. You are not promised any tomorrows. Make the change today. So, to borrow one of Chad’s lines, “Quit being a slug” and do it. Make all of your tomorrows healthier and happier. I will see you at the gym. Next week is the scales and measuring tape.  ]]]]> ]]>

My Journey to Health – Week 23

My Journey to Health – Week 21

Vicksburg Warren School District Resource Officer LaToria Kimble is putting her fitness lifestyle to use as a beach body coach.

Kimble, who has been in law enforcement for 11 years, is now prepared to help others on their fitness journey.

“Someone reached out to me on Instagram and that’s how I got started with becoming a beach body coach,” Kimble said. “I’m in it to motivate people on working out, eating healthy and staying in shape.”

Kimble’s lifestyle of fitness started in junior high school when she ran track. She continues to remain in shape as an adult.

As a beach body coach, Kimble will stay up to date on many new forms of workouts.

“I will be learning different types of workouts, going through videos and being a product of what I will be coaching,” Kimble said.

Kimble has set goals for herself as a beach body coach, and she plans to fulfill every one of them.

“My main goal is to motivate as many people as possible,” Kimble said. “I want my clients to know that working out is more than just about losing weight, I want to teach them how to have peace of mind and to gain more energy.”

In just a few weeks, Kimble will have reached another goal in her life: becoming a certified personal trainer.

If you are interested in beach body training with Kimble, email her at [email protected] 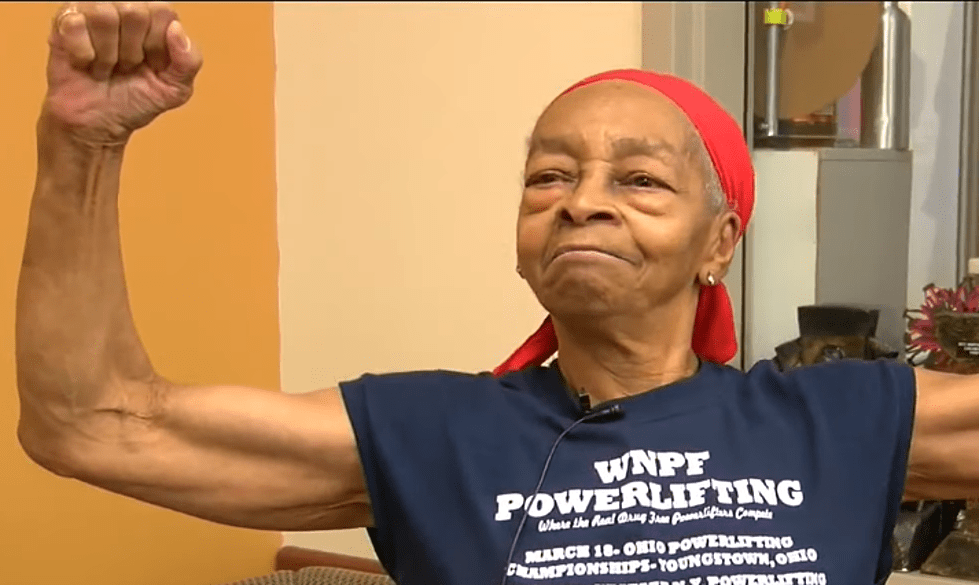 There’s never a good time to mess with a body builder, even if she’s 82-years-old.

Willie Murphy, from Rochester, N.Y., can deadlift 230 pounds, and she works out at her local YMCA every day. She set state weight-lifting records in her 70s, and she’s been featured on ESPN. She still competes—and wins—in competition.

Last week, when a man attempted to rob her in her home, Murphy proved she was no pushover.

“He picked the wrong house to break into,” she told CNN.

As Murphy was preparing for bed, a man pounded on her door, saying he was sick and needed an ambulance. She called 911 but was suspicious and didn’t let him in.

When he kicked down the door, Murphy fought back, bashing him with a table until it broke. She then jumped on top of him and emptied a bottle of shampoo in his eyes, blinding him.

Murphy let the man up, but then beat him with a broom until the police arrived.

Without a doubt, the man was happier than she was to give himself up to the cops, who praised Murphy for her quick thinking.

And he got his wish: The suspect was taken to the hospital.

My Journey to Health – Week 34