How are you celebrating National French Fry Day?

Grilling this weekend? Here are some tips from the experts

Wingstop is now open in Vicksburg

Popeyes removes the Cajun Rice and Green Beans from its menu

Klondyke goes back to serving lunch only

Get Slap Happy on this Holiday Weekend at Beechwood!

Easy Eddie Rocks the Party at The Beechwood

Gettin' Figgy With It at the Vicksburg Farmer's Market

Back 40 - Back at the Beechwood Lounge this Weekend!

What's at the Vicksburg Farmer's Market this Saturday?

A Taste of the Town - Scrumptious Food Fundraisers

Pancake day history: Why do we eat pancakes on Shrove Tuesday?

A Taste of the Town - New Orleans Style

Grits and Gravy Tonight at The Beechwood

The Beechwood is the place to be tonight!

Preparing for the Big Game: How to Throw a Victorious Super Bowl Party 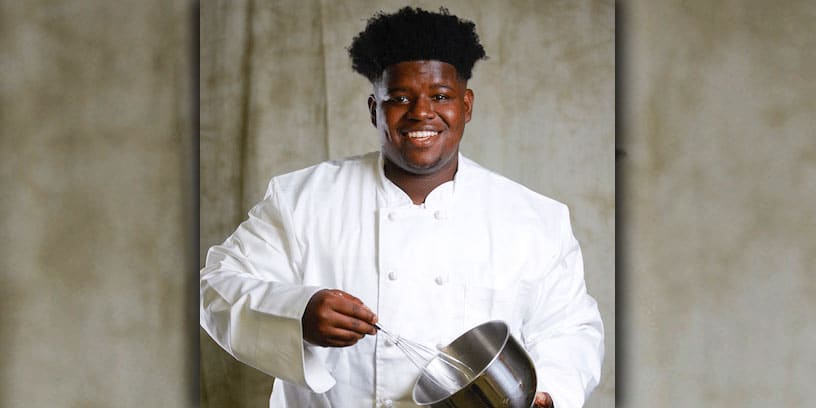 Corterrius “DaCakeGoat” Allen, a 20-year-old Mississippi Valley State University student, will be competing for a chance to win $50,000 on Halloween Wars. The episode airs Sunday, Sept. 19 at 8 p.m. CST.

Five teams, each made up of cake sculptors, sugar artists and pumpkin carvers, will compete to create the ultimate Halloween display.

“I was on Google searching for an opportunity to test my skills. I felt I was getting better, and I wanted to find a competition that would challenge me. I found a company called Super Delicious and reached out to them. They emailed me that I could apply for Halloween Wars. So I signed up, did an interview and a call sometime later that I made it, and they flew me out,” said Allen.

Allen’s team will include Holly Webster from Las Vegas, Nevada and Amy Strickland from Orlando, Florida.

“There is something calming about baking and designing cakes,” he said. “I love the designs and coming up with different levels of creativity. One day I want to own a cake studio.”