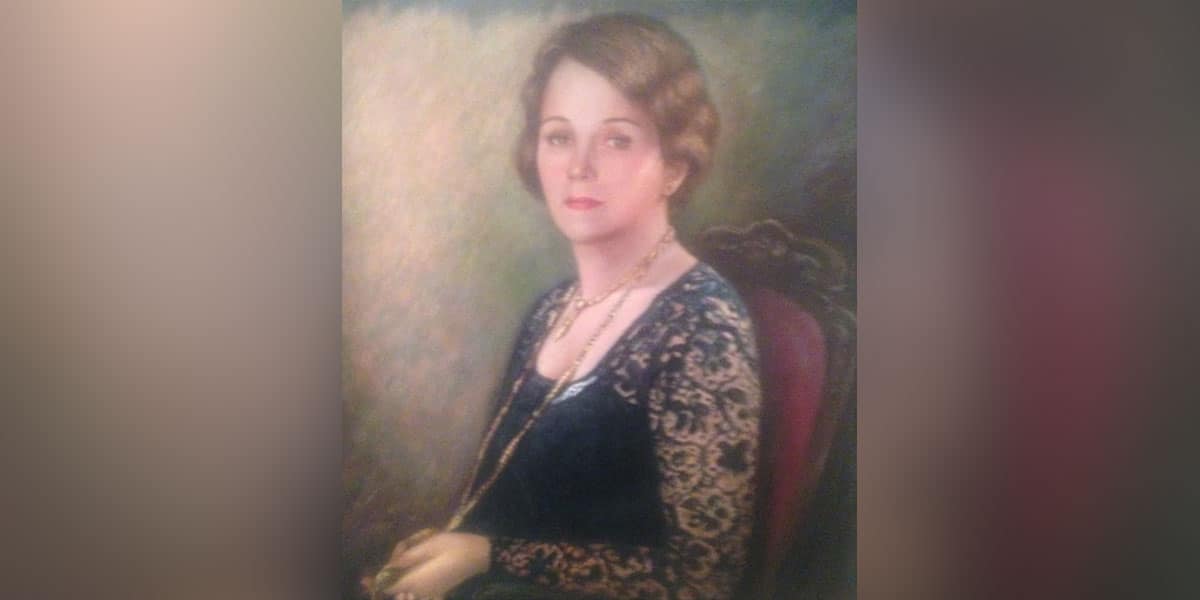 It was a nice duplex on Robinson Road in Jackson. Linda Bilbo was a real estate agent, and she had the house built. She occupied one side and a couple of northern origin lived in the other.

Problems arose, and Mrs. Bilbo evicted the tenants. They sued her, claiming she had cursed them. What she had said was “No damn yankee is going to ruin my house.”

The judge heard the case and ruled that saying damn yankee was not cursing. The story made Time magazine in the mid-1940s, just as World War II was ending in Europe.

Despite her age, Mrs. Bilbo still did all of her yard work and housework, and in her spare time enjoyed hooking rugs and painting. She was tall and thin and a wonderful storyteller who liked to laugh. She dressed with flair, and despite the years and the lines on her brow, she still evinced elegance and beauty and was remarkably candid.

She was born in Marion County near Columbia, was a graduate of Peabody College in Nashville, Tennessee, and had been a teacher. She was Linda Gandy when she married a Dr. Bedgood, who died shortly after their marriage. She returned to teaching and then met Bilbo, who was a young widower. They soon married.

Bilbo entered politics when he ran for circuit clerk in Hancock County and was soundly defeated. Mrs. Bilbo recalled that his opponent, the incumbent, was a one-armed Confederate veteran who was also a Baptist preacher, had held the job for 40 years, “and anybody should have known better” than to run against him. In later years Bilbo would brag he had “never been defeated, just delayed a few times.”

I believe Mrs. Bilbo was one of the first wives to hit the campaign trail for her husband. Women had been voting only a few years when she ventured into the political world when her husband was running for governor. She told me this marvelous story:

It was a particularly hot summer in the late 1920s, and just as hot was the race of who would be the state’s governor. Highways were mostly gravel and dusty, and the only hope for comfort on the road was the wind blowing through the side windows or the windshield if you had a car with the rollout type.

Mrs. Bilbo drove a large black automobile plastered with posters advertising “Bilbo for Governor.” She would politick in one area of the state and then meet her husband for a big rally. She was headed for such a meeting in Tupelo when she had a flat tire in Aberdeen and pulled into a service station and asked the owner to repair it.

“We were talking while he was fixing my tire — I have to be talking, you know — and he asked me where I was going,” Mrs. Bilbo told me. “I said, ‘Hurry up,’ as he was kind of slow getting it fixed. I’ve got to be in Tupelo by 6.”

“What are you going to Tupelo for?” he asked

“Humph,” he grunted. “If you’re going up there to hear Bilbo, you better take those signs off your car.”

“I asked him ‘Why?’ and he told me, ‘They’ll mob you up there — there’s not anybody up there for Bilbo,’” she recalled.

Mrs. Bilbo, in her sweetest. voice, replied, “Well, I’ll go up there and see if I can help make him some supporters.”

“They don’t like him up there,” the man persisted. “He stole some cattle or something.”

“He did?” she asked in seemingly innocent disbelief. “Can you prove that?”

Suddenly the pretty lady’s sweet voice changed, fairly crackling with authority. “Well, you get busy and prove it,” she said. “I’m his wife. You’re going to prove that or stand trial.”

The man “turned as white as a sheet,” and Mrs. Bilbo demanded that he sign a statement that he had lied about Bilbo “right now or I’m going to have you arrested before I leave this town.”

As the man’s friends and neighbors and customers watched and listened, Mrs. Bilbo wrote out the statement, which she called a “lie bill,” and the trembling man signed it.

With her tire repaired, Mrs. Bilbo was back on the road and made it to Tupelo before time for the rally. She told her husband about the incident at Aberdeen and then stuffed the piece of paper into her purse, which she told me “was full of junk.”

While Bilbo was speaking and Mrs. Bilbo was seated on the platform, he told the crowd that many lies were being spread about him, and he related the story of his wife’s encounter at Aberdeen. Turning to her, he asked for the lie bill.

“I had to empty all that junk out of my purse before I found it,” she said, “and when I handed it to him he read it to the people, and they just howled.”

When Mrs. Bilbo told me the story, decades after it had happened, she didn’t miss a beat. Her voice was at first sweet and innocent, then deep and threatening. Her eyes danced with excitement as she told of that event long ago, and she laughed heartily.

Bilbo is a French name that means two-edged sword, and the governor loved to say, “I am both edges.”

I suspect Mrs. Bilbo is what made it sharp.