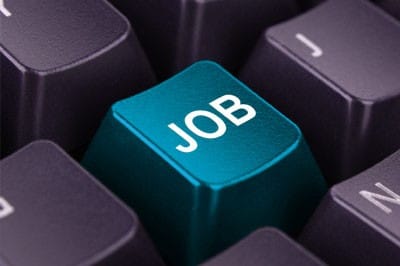 In the weeks since that first Mississippian tested positive, nearly 222,000 people have lost their jobs and filed for unemployment benefits in the state, or about 17.5% of the state’s civilian labor force.

The question for many is how many of the businesses shuttered under the state’s shelter-in-place order will return, and if they do, how will business models change to guard against another shock like COVID-19. Experts are already pointing to a resurgence of the virus in the fall.

The good news is that the numbers of new claims have been declining in the state for the last three weeks, although continued or repeat claims remain high, well over 135,000 last week. Hopes are high as well that as more businesses reopen in the state after the COVID-19 lockdowns, employment will return to the robust levels seen at the beginning of the year.

It’s a rate not seen since the U.S. started tracking the unemployment rate in 1939 toward the end of the Great Depression. It’s also a rate that has never climbed so high, so fast. Roughly 23.1 million Americans are unemployed across all industry sectors, although particularly heavy job losses occurred in leisure and hospitality.

The Vicksburg Convention and Visitors Bureau recently cut its budget by 30% due to the expected drop in revenue in the city’s tourism industry. The City of Vicksburg expects a drop of nearly 11% of its revenues this fiscal year, causing layoffs and furloughs of city employees.

In the last month alone, the economy shed more than 20 million jobs, more than twice as many jobs lost during the Great Recession of 2008-2009. Those job losses, about 8.8 million, happened gradually over nearly two years.

That event also took years to recover from. A decade later, the economy had added back 22 million jobs, but the current crisis has reversed all that progress and more in a couple of months.

Many states, including Mississippi, have begun to reopen businesses closed because of the COVID-19 crisis despite warnings that reopening too soon could cause a resurgence of the virus and many more deaths. Governors like Tate Reeves say the current lockdowns are simply unsustainable and that people need to work.

The Mississippi Department of Employment Security has struggled to keep up with the numbers of new claims and has added hundreds of people to its payroll to manage the flood. Applicants report hours on hold for assistance and long delays to receive benefits.

On Friday, the state Senate held a hearing to determine what the problems are in the state’s unemployment system and how to resolve them.

Monday, Gov. Tate Reeves announced that he was extending the waiver for a waiting period for benefits until the end of the year. The extension came with a warning.

“You must understand that if you are currently unemployed and if your employer calls you back to work, I strongly recommend you go back to work,” Reeves said, adding, “Under state law, if you were to choose not to go back to work you could become ineligible.”

The governor reminded Mississippians that the additional $600 a week under the current federal pandemic unemployment assistance program goes away in July, and the average state unemployment benefit will return to around $200 per week.

“You may say, ‘OK, I’ll figure it out in July,’” he said. “The fact is, this economic disaster that is unfolding right now is real.”

Reeves warned that, when businesses reopen, if they can’t find their workforce, “it’s very possible that the business is not going to make it,” he said. “If you decide to wait until June, July or August, the job that you’re accustomed to may not be there.”

“I implore every Mississippian that as these small businesses reopen, take advantage of the opportunity to back to work,” he said.