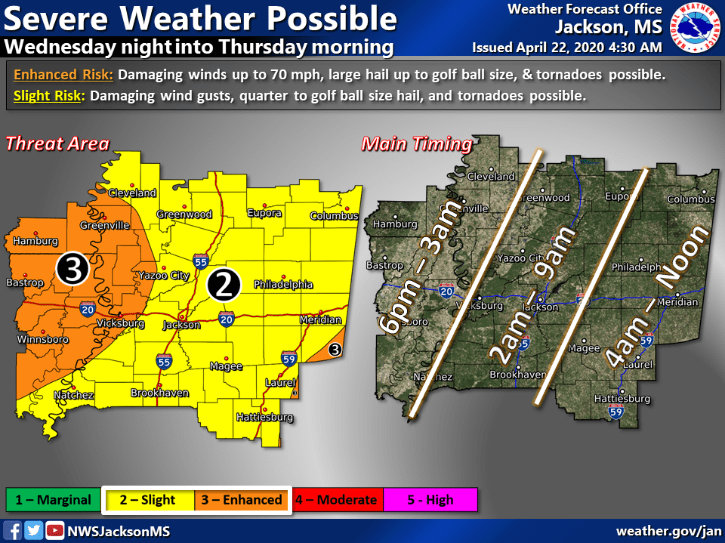 Central Mississippi is in for another round of bad weather tonight through the morning.

“Severe thunderstorms are possible Wednesday night into Thursday morning,” the National Weather Service in Jackson writes on its website. “Isolated severe storms are possible as early as Wednesday evening in the west, but the primary threat will come late Wednesday night into Thursday morning. The primary concerns will be for damaging straight line winds and hail. A few tornadoes are also possible.”

Vicksburg and Warren County could see as much as two to three inches of rain. Some thunderstorms may produce damaging winds up to 70 mph and large hail up to golf-ball size.

Hurricane may hit the Gulf states by the weekend

Central Mississippi in for another bumpy ride with severe storms today 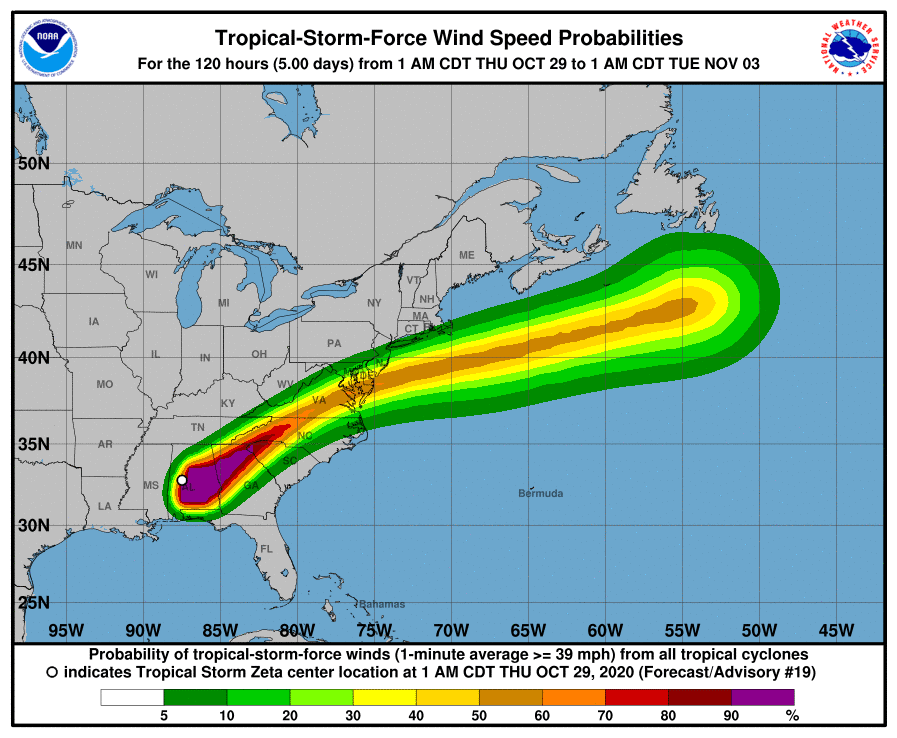 Hurricane Zeta hit the Gulf Coast Wednesday night as a Category 2 hurricane, bringing winds of up to 100 mph along with torrential rain to the already battered coast. At least two deaths have been attributed to the storm.

At 9:30 p.m. Wednesday, the eye of the storm was over New Orleans. After making landfall, the storm weakened, but remained at hurricane strength as it raced over the southern portions of Louisiana and Mississippi, leaving more than 2 million people without power.

Zeta is continuing its northeast path Thursday but has been downgraded to a tropical storm. Strong, damaging wind gusts, which could cause tree damage and power outages, will continue to spread well inland across portions of northeastern Alabama, northern Georgia, the Carolinas and southeastern Virginia Thursday. Zeta will exit over the Atlantic and dissipate Friday. 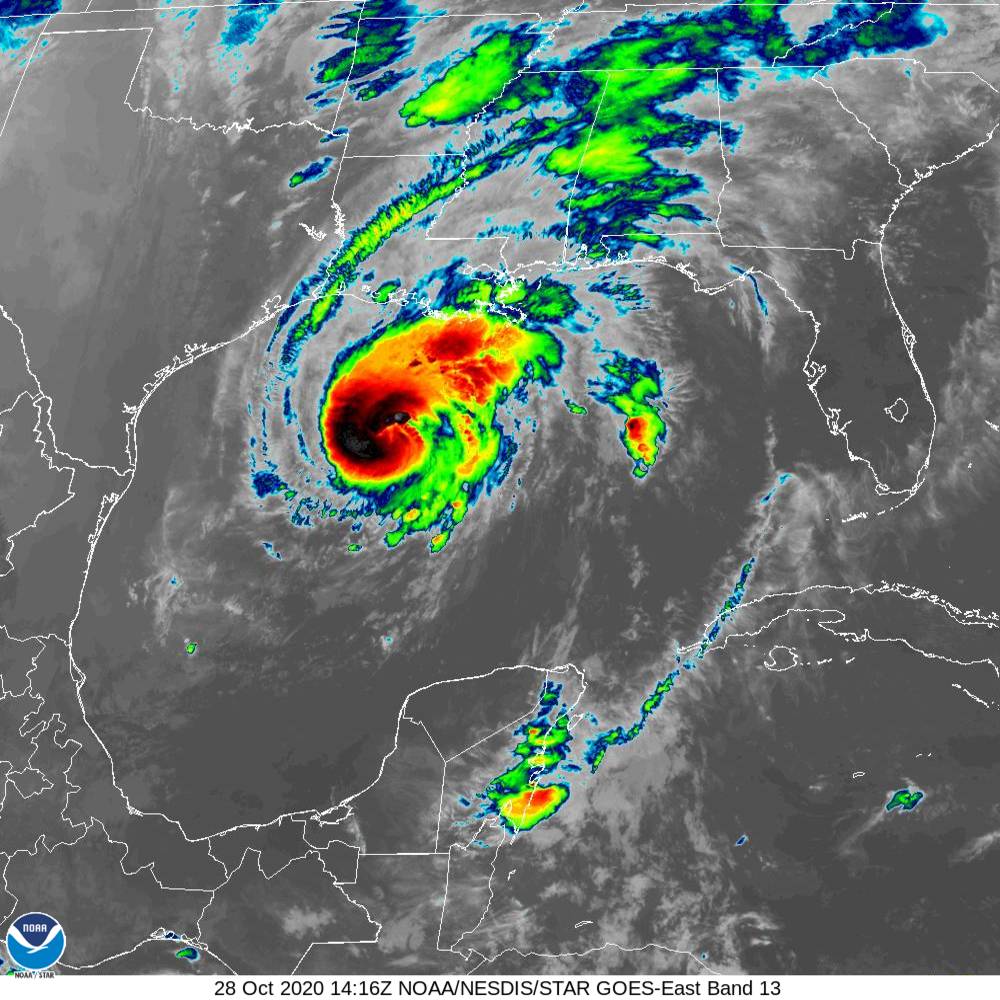 Zeta is expected to make landfall Wednesday afternoon along the Mississippi and Louisiana coastlines as a significant hurricane, bringing strong winds of up to 100 mph, heavy rain and life-threatening storm surge. The highest inundation will occur somewhere between the mouth of the Pearl River and Dauphin Island, Alabama.

Hurricane conditions are expected this afternoon within portions of the Hurricane Warning area between Morgan City, Louisiana, and the Mississippi/Alabama border. Damaging winds, especially in gusts, will spread well inland across portions of southeast Mississippi and southern and central Alabama Wednesday night due to Zeta’s fast forward speed.

A few tornadoes are expected beginning Wednesday afternoon and through the night over southeastern parts of Louisiana and Mississippi, southern Alabama, and the western Panhandle of Florida.

Heavy rain of up to 4 inches is expected through Thursday across most of Mississippi and Alabama. 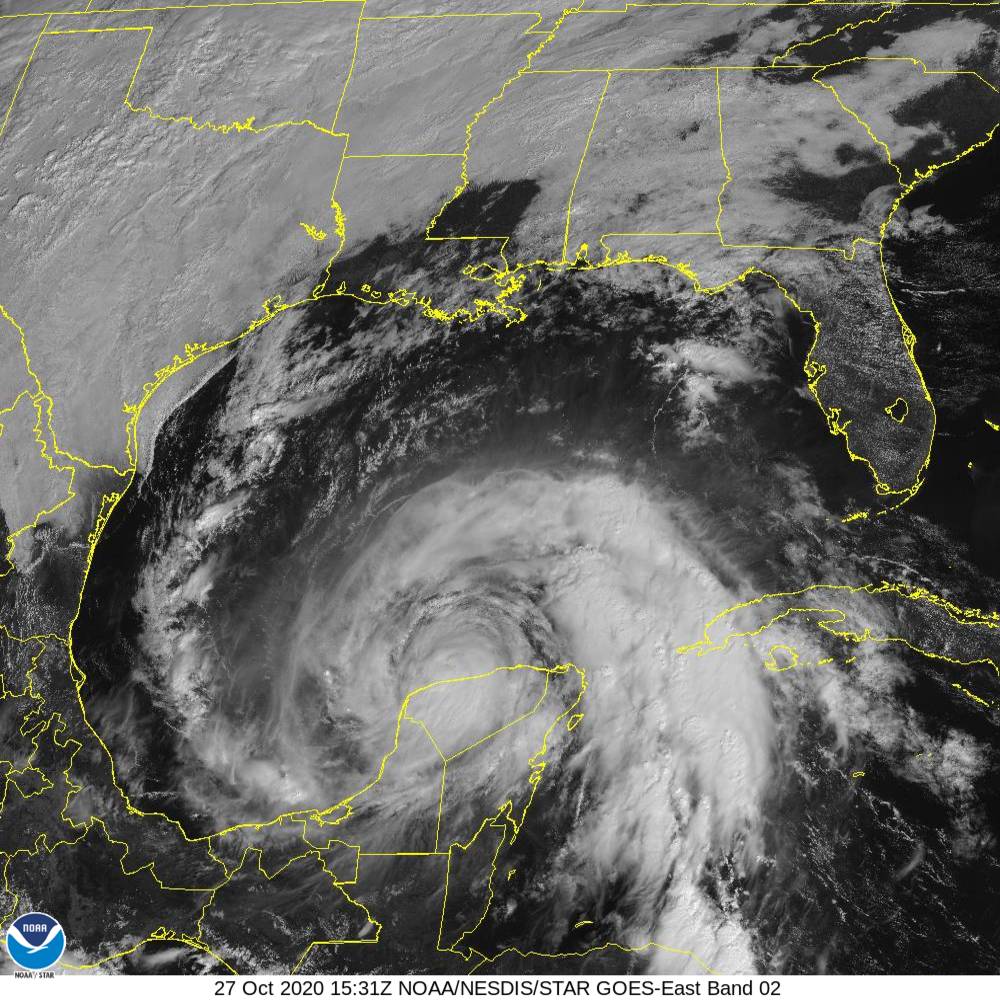 Zeta is on track to hit very near to the same Gulf Coast areas as hurricanes Cristobal, Laura and Delta. Hurricane warnings have been issued for New Orleans, lakes Pontchartrain and Maurepas and from Morgan City, Louisiana, to the Mississippi-Alabama state line.

Hurricane Zeta made landfall on Mexico’s Yucatan Peninsula Monday night as a Category 1 hurricane, then weakened as it crossed into the Gulf of Mexico. There, the storm is expected to strengthen once again to a hurricane with winds of 80 to 85 miles per hour.

The storm is expected to make landfall on the Gulf Coast Wednesday night. Life-threatening storm surge is expected along portions of the northern Gulf Coast by late Wednesday, with the highest inundation occurring somewhere between the mouth of the Pearl River and Dauphin Island, Alabama.

Zeta is the 27th named storm of what has turned out to be an extremely busy hurricane season, as predicted. It’s the 11th hurricane and also the earliest 27th storm of season, breaking the previous record set Nov. 25, 2005. An average hurricane season sees 10 named storms and six hurricanes.