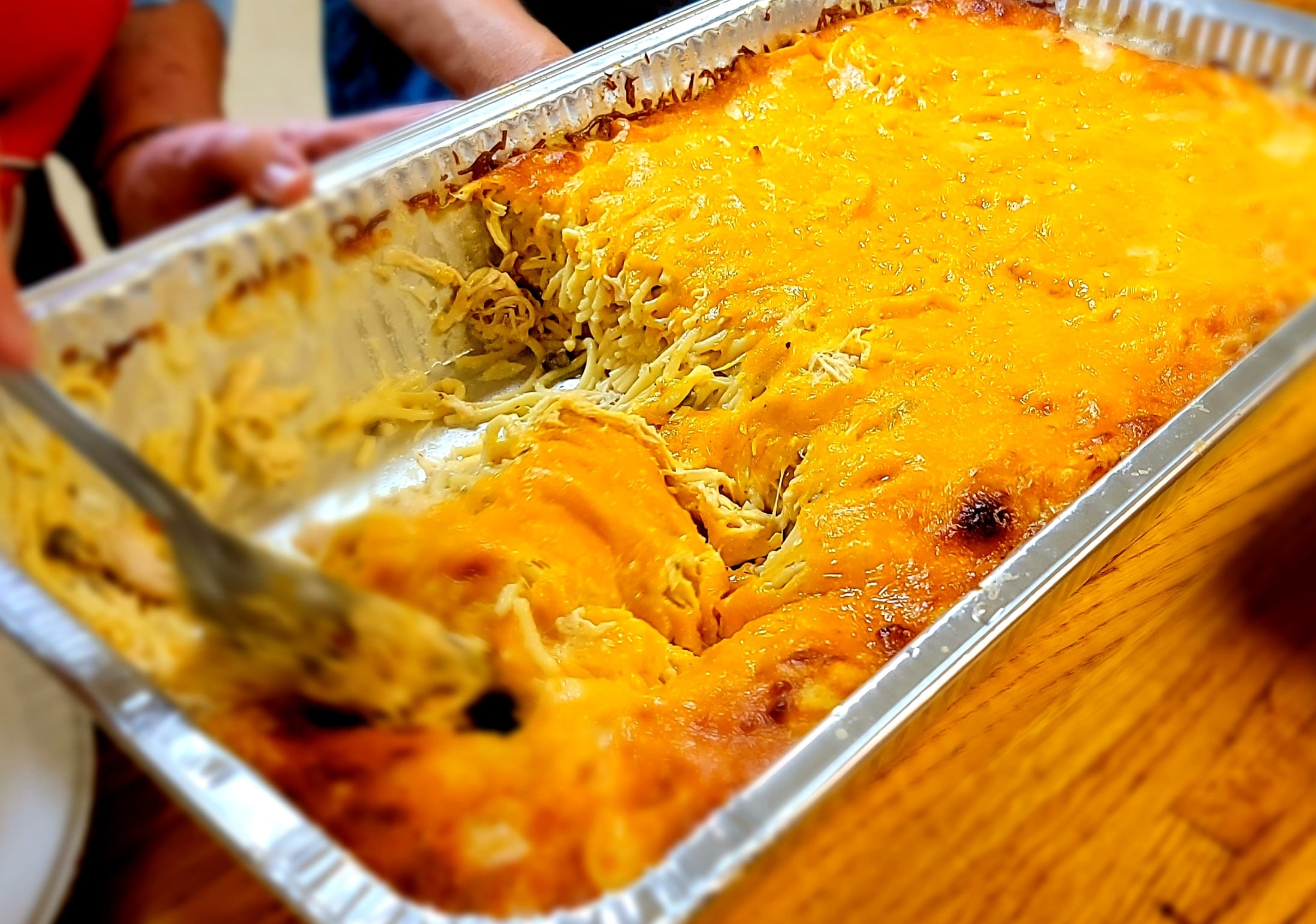 "The best Chicken Spaghetti I've ever had," said one first responder. Photo by David Day

Tammy Tapp and the crew at the Moose Lodge honor local law enforcement with a meal, love and sincere thanks.

As 911 approached, the people at the Moose Lodge on Fisher Ferry near Nailor wanted to do something special to show their appreciation to those who keep us safe. Even though COVID-19 has all but decimated their ability to get together and raise money, the patriotic crew at the Lodge came together and cooked one of the best meals of the day.

“We’ve fed quite a few, I’m not sure how many but a lot,” said Tammy Tapp. The Chicken Spaghetti was a particular favorite with one first responder noting “It is the best chicken spaghetti I’ve ever had, by far.” 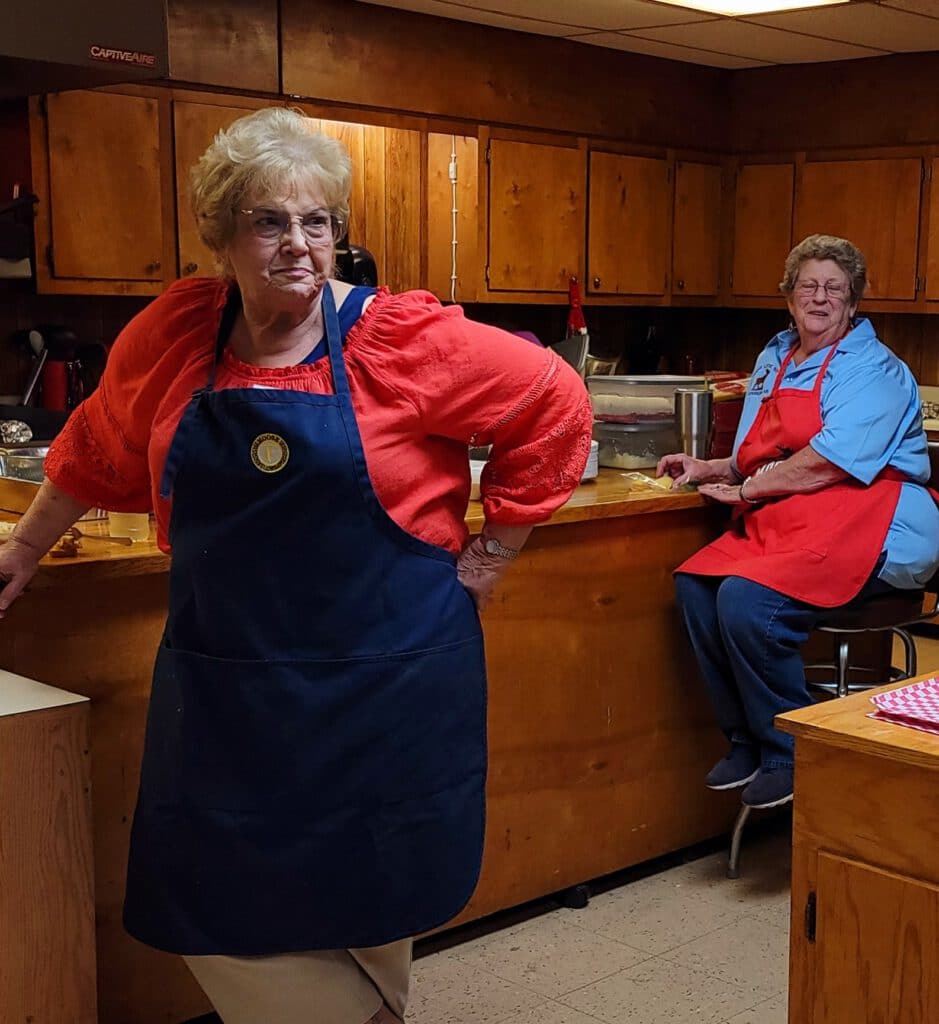 “My family has owned restaurants and the recipe came from my grandparent’s restaurant” explained Nelda Edwards. She and Barbara Gourley were perched near the food and dipped the first couple of plates. Soon thereafter a group of 12 Warren County first responders came in. Several of the ladies pitched in to make sure everyone was served everything they wanted. Desserts, drinks and a good bit of fellowship included. 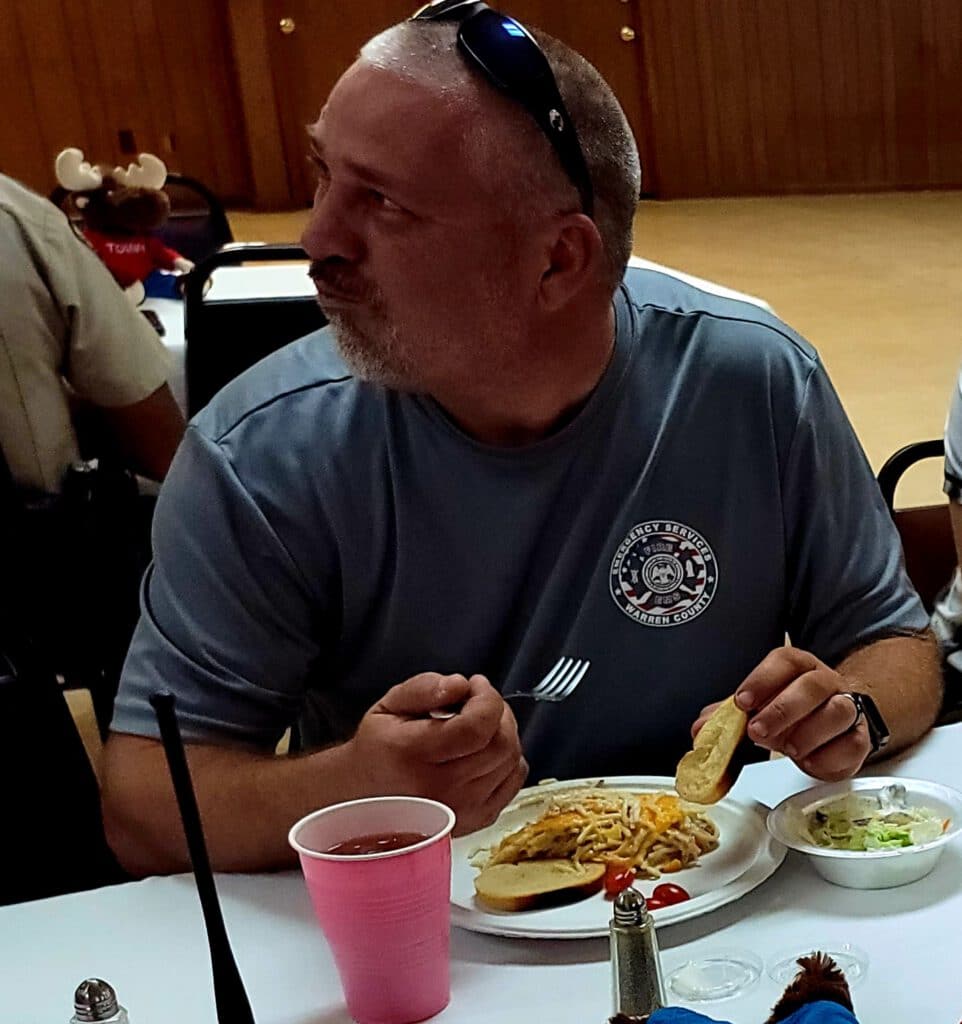 Fisher Ferry Fire Chief Mitch “that’s my spaghetti” Lange wasn’t a bit afraid to jump in. Chief Lange is also the guy the Vicksburg Daily News watched hold a patient with a serious back injury still for 45 minutes while waiting on an ambulance from Port Gibson to arrive at the remote location. When the ambulance finally arrived to transport the patient, Chief Lange, covered in sweat from head to toe, was unable to walk for several minutes until the feeling returned to his legs.

Get a second helping, Chief.

The Moose Lodge has cornhole tournaments, will be holding an auction soon and is considering starting up Bingo again, now that the pandemic restrictions are starting to lessen. The Vicksburg Daily News will keep you informed of those events as they occur. 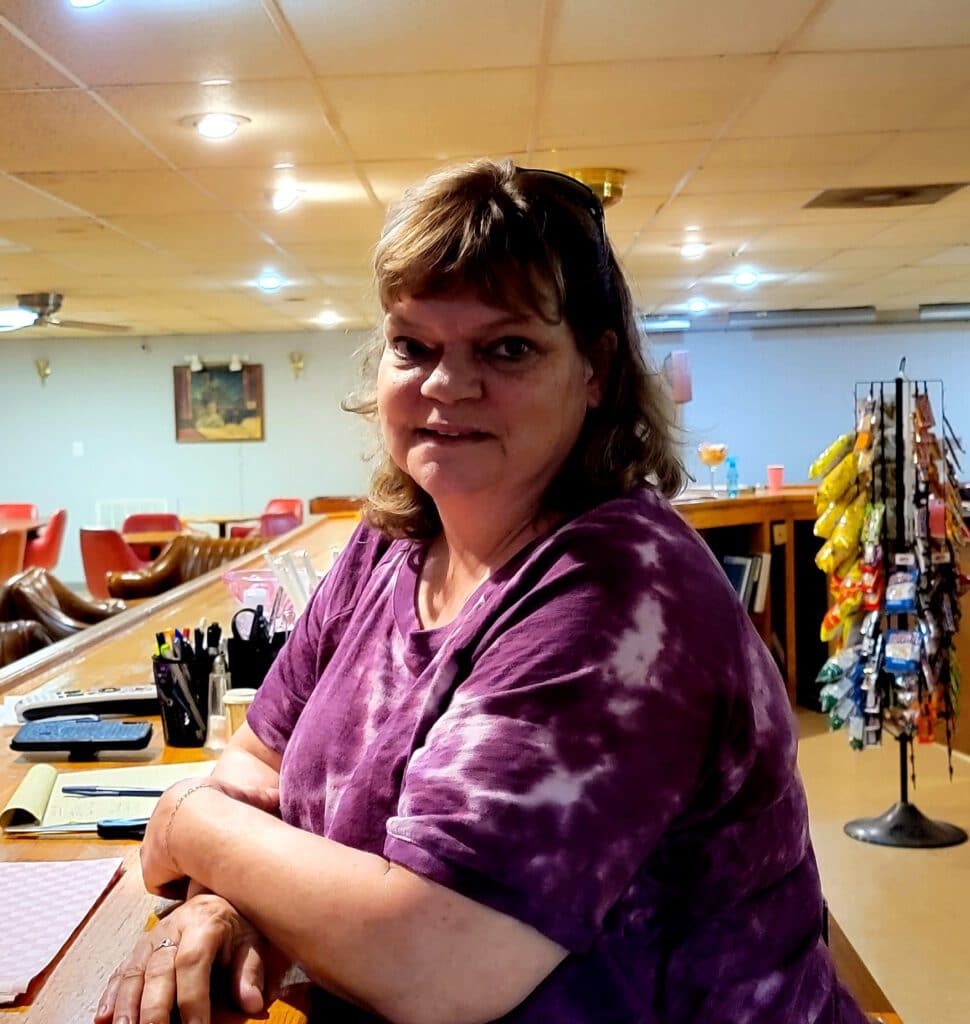 Tammy Tapp is a community asset. Photo by David Day