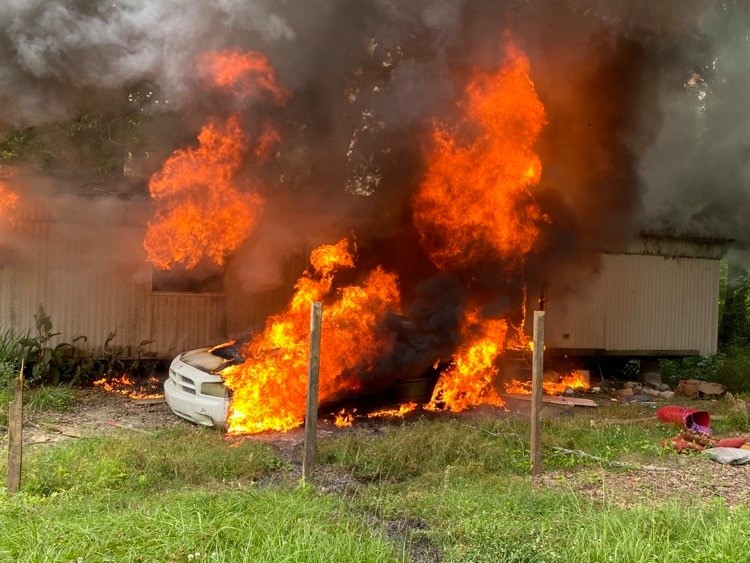 A fire Monday afternoon in Warren County on Oak Ridge Road near Henry Road has resulted in the total loss of a mobile home and a vehicle.

The Warren County Fire Department was called to the scene at 12:19 p.m. to extinguish the fire. 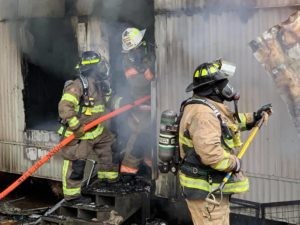 Authorities have established that the home was unoccupied and no one was injured.

Witnesses saw an unknown person pulling an air conditioning unit from the home earlier in the morning. A red Dodge Durango was seen fleeing the scene immediately after the fire was discovered.

Four Warren County deputies were in pursuit of the Dodge. Deputies abandoned the chase on Interstate 20 eastbound when speeds exceeded 100 mph. Authorities believe they know the identity of the driver.

Traffic is reduced to one lane on this section of Oak Ridge Road, and motorists are advised to take an alternate route if possible.

Watch the video below for more: