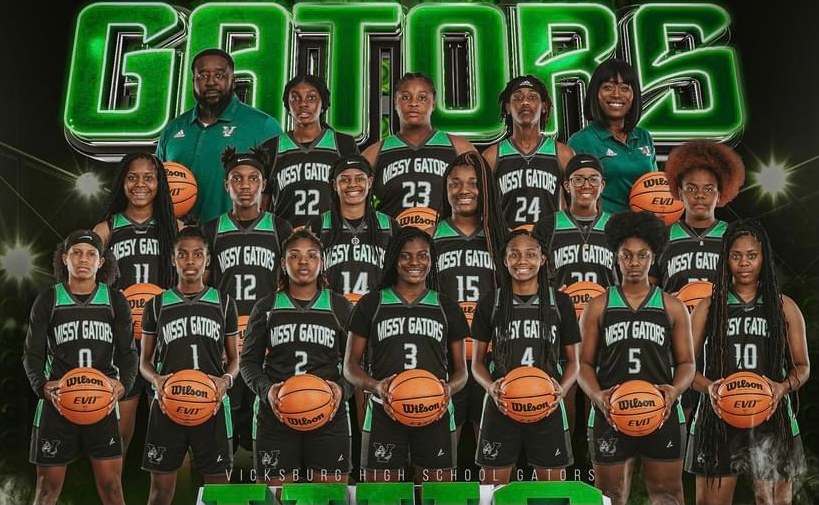 Vicksburg High School girl’s basketball team got their second win in a row on Thursday when they traveled to Jackson Academy 40-33.

The Missy Gators went hard in the first quarter by taking a 18-13 lead.

Three of VHS players got in double digits with Janiah Caples leading the way with 13 points. Destini Sims and Layla Carter both got 10 a point a piece.

The game remained close but the Missy Gators man to stay ahead as they went up 25-20 at halftime.

Both JA and VHS grabbed multiple offensive rebounds as the Gators got 13 while the Patriots snagged 17.

Coming out of halftime, the match was heavily relied on defense which resulted in VHS taking the win.

Jelisa Tyler and Rodrianna Hall both scored three point each.