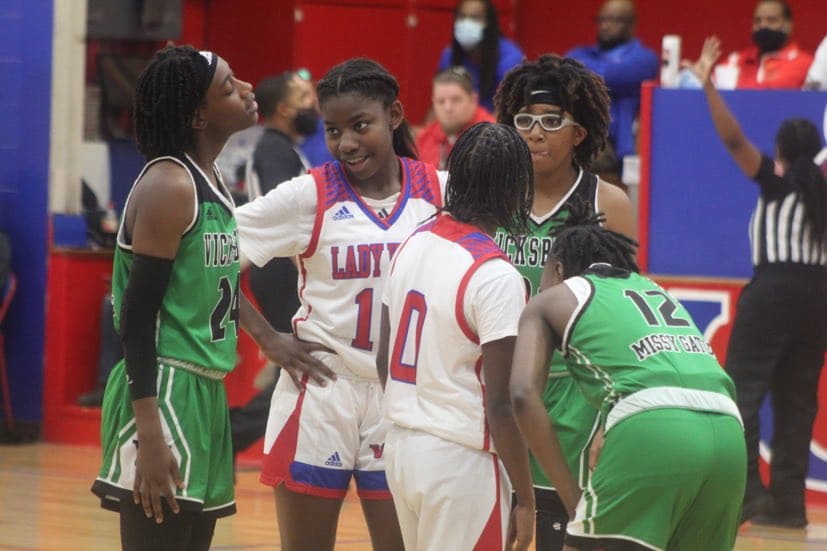 Vicksburg and Warren Central High School girl’s basketball went head to head on Saturday in a close match which ended with VHS coming out on top, 42-41.

Janiah Caples got the Missy Gators on the board first. Then Zy’Kerri Segrest and Alaila Bracey both got big shots off for WC. Bracey hit two three pointers in the first quarter giving the Lady Vikes a 19-17 lead. 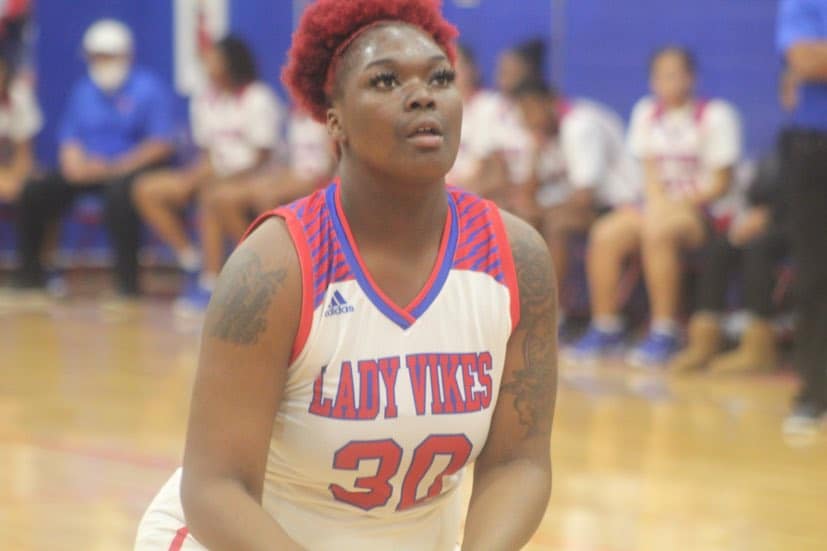 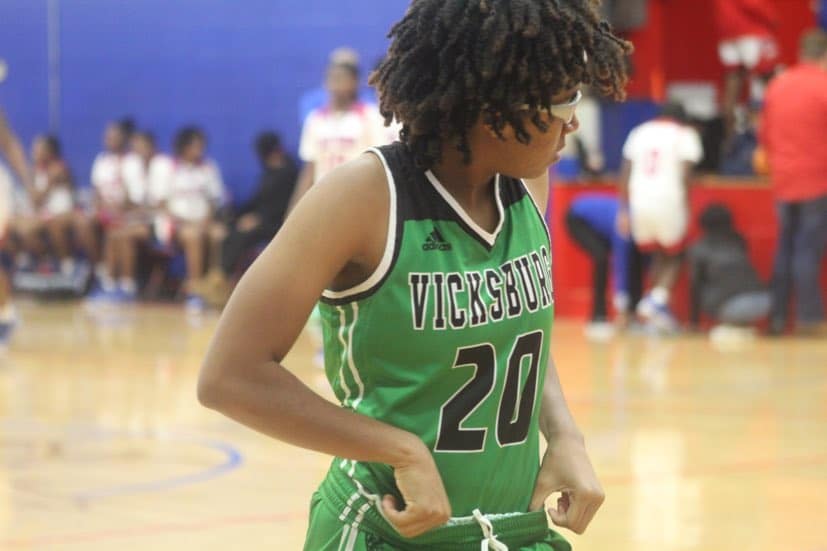 The Missy Gators caught back up after Ja’Na Colenburg nailed a three pointer which left VHS only trailing by one, but WC kept their lead going into halftime with a score of 19-17.

Carter came out with a easy layup after halftime, but eventually fouled out in the match ending with nine points.

Colenburg and Caples both hit a three in the third quarter, along with Bracey. Segrest was able to draw a couple of fouls before the ending of the third, finsihing with 14 points. Bracey ended the game with 11 points. 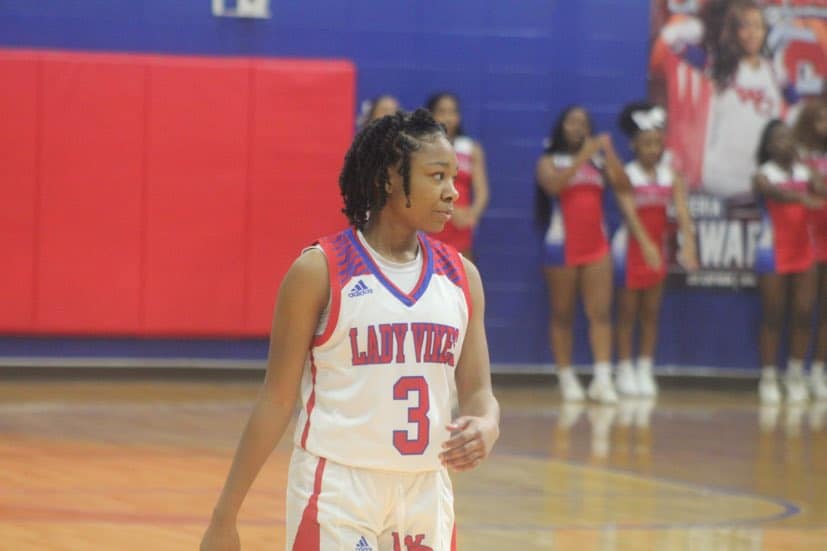 The Lady Vikes had a 32-29 lead going into the fourth with both teams being hungry for a win. Colenburg popped another three to tie the game at 32.

Throughout the fourth quarter the game remain close, with WC leading the way until Sims drove down the court and hit a layup which gave VHS  the 42-41 win.

Sims finished with seven points as well as Kierra James.