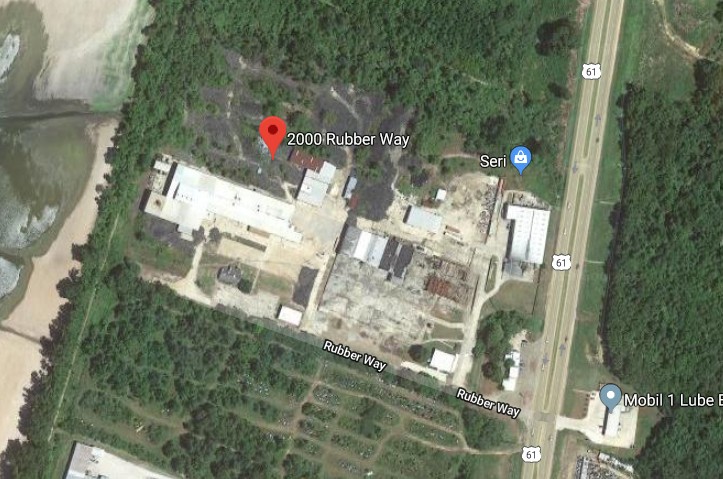 The Mississippi Secretary of State’s Office announced Tuesday, Dec. 10, that it has transferred approximately 12.6 acres of tax-forfeited property to the City of Vicksburg effective Dec. 4, 2019.

The Warren County tax collector conveyed the property, once owned by U.S. Rubber Reclaiming, Inc. to the State of Mississippi for the non-payment of property taxes in August 2010, the same month the company ceased its operations. The company was wholly owned by Obsidian Enterprises of Indianapolis, Ind.

The property is off U.S. Highway 61 just north of the municipal airport.

“The City of Vicksburg has done a tremendous job in attracting new businesses and has been an excellent partner with our office over the years in returning parcels to the tax rolls,” Secretary of State Delbert Hosemann said in a statement. “Under Mayor Flagg’s leadership and vision, I am confident this property will benefit the City of Vicksburg.”

To position the property for reuse, Vicksburg will need to develop a strategy in cooperation with the Mississippi Department of Environmental Quality to clean it up, as a significant amount of accumulated rubber remains on the property.

“I appreciate Secretary Hosemann’s efforts to arrange the transfer of this property to the City of Vicksburg,” said Mayor George Flaggs Jr. “I have every confidence that it will be put to good use as we work to move Vicksburg forward.” 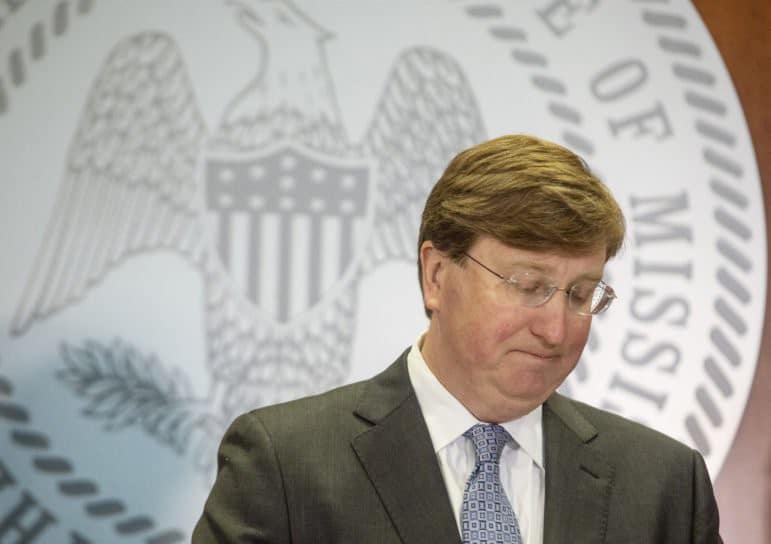 As COVID-19 cases in students and teachers hit their highest point yet and schools across the state are forced to close their doors, educators received an additional blow this week from Gov. Tate Reeves.

Reeves released his first fiscal year budget recommendation as governor on Monday and, despite promising to raise teacher pay during his 2019 campaign, made no mention of a salary increase. He did, however, recommend limiting funding to schools that do not teach in-person during the pandemic, and setting aside $3 million for a “Patriotic Education Fund” to combat “revisionist history” that is “poisoning a generation.”

During the 2020 session, it appeared Reeves and legislative leadership were poised to provide teachers a $1,000 salary increase, but those plans were put on hold by an anticipated decrease in state revenue because of the COVID-19 pandemic.

When Mississippi Today reached out to Reeves’ press secretary after his budget recommendation was released publicly, she said in a statement: “We believe strongly that we can still find the funds to administer teacher pay raises.”

Reeves’ budget recommendation also stated that schools that do not offer in-person learning during the COVID-19 pandemic should have their funding limited. He said that because their budgets include funds to support services geared to in-person learning such as food service and transportation, school districts providing traditional learning are at “a financial disadvantage.”

“For this reason, I propose limiting funding for school districts unwilling to provide the option of essential classroom instruction,” the recommendation stated.

State Superintendent of Education Carey Wright said districts were given three options for operating this school year in an effort to allow each district to respond specifically to what was going on in their communities during the pandemic. She also pointed to the $200 million allocated by the Legislature to ensure every student in the state has access to a device and connectivity in order to be able to learn remotely.

“There is no replacement for a good teacher; however, districts that provide distance learning in accordance with public health guidelines cannot afford to have their funds limited,” Wright said in a statement to Mississippi Today.

The state’s teachers union released a lengthy statement pointing to what they say is hypocrisy on the part of the governor.

“When we requested statewide COVID reporting standards and guidance on how to address teacher absences during the pandemic, we were told unequivocally that districts best knew how to handle their response,” the statement from the Mississippi Association of Educators read. “Now that some districts have elected to keep buildings closed because they do not have the staff and resources to safely serve their district’s students and families, the governor has decided that they can no longer be trusted to do what’s best.”

The group references the Greenville Public School District, where schools were operating virtually at the beginning of the semester and just this month, after the death of a teacher, announced it would return to virtual learning.

“Following an outbreak, they have decided to return to virtual instruction. And now, after being assured that the state government would play no role in their district’s COVID plan, Governor Reeves is threatening to withhold critically-needed funding when districts need it most,” the statement continued.

The governor also recommends spending $3 million to create a Patriotic Education Fund. The fund would be used to pay for teaching that combats what Reeves says is “indoctrination in far-left socialist teachings that emphasize America’s shortcomings over the exceptional achievements of this country.”

The fund is reminiscent of the 1776 Commission, an executive order by President Donald Trump establishing a commission to promote “patriotic education” in the United States. This came about in response to the 1619 Project, an initiative launched by the New York Times Magazine in 2019 which “aims to reframe the country’s history by placing the consequences of slavery and the contributions of black Americans at the very center of our national narrative.”

On Wednesday, Bailey Martin, a spokesperson for Reeves, said the idea was original though the mission is similar to Trump’s. She said the funds could be used as an “addition” to students’ education, though in the budget recommendation Reeves said the program is necessary because “We need to combat the dramatic shift in education.”

“Field trips, after-school clubs, the development of new interesting lesson plans, and more could be funded with these dollars — we are hoping teachers, administrators and non-profits are creative in their ideas of how to take advantage of the opportunity,” she said in a statement. “It would be a great bonus for Mississippi’s youth, in addition to their typical education.”

In response, officials at the Mississippi Department of Education pointed out that the social studies standards, or grade-level goals for learning, were developed by Mississippi teachers and adopted by the State Board of Education in 2018.

“The standards take an unbiased look at U.S. History that allows students to examine multiple viewpoints of a historic event or period. Students explored the pride and resilience of the American spirit through study of civics, democracy, capitalism and major events that have shaped our country,” a statement from the department said.

Kelly Riley, executive director of the Mississippi Professional Educators, called the governor’s budget recommendation and the statements made to support the creation of the Patriotic Education Fund “extremely disappointing.”

“Mississippi educators are teaching the curriculum standards adopted by the State Board of Education, members of whom Governor Reeves appoints,” Riley said. “Such unfounded generalizations that attack the pedagogy and character of teachers across our state are certainly not an encouraging way to begin the upcoming (legislative) session.”

Reeves also recommended: $3 million for math coaches across the state; $2 million to train teachers in computer science and coding; and fully funding the School Recognition Program, which financially rewards teachers in A-rated schools and schools that improve a letter grade.

The 14-member Legislative Budget Committee will make its budget recommendation in December.

Mississippi Blood Services is asking people who have fully recovered from COVID-19 to donate convalescent plasma to help those who are now seriously ill with the virus.

For information and qualifications, please call MBS at 601-368-2692 or email [email protected]. 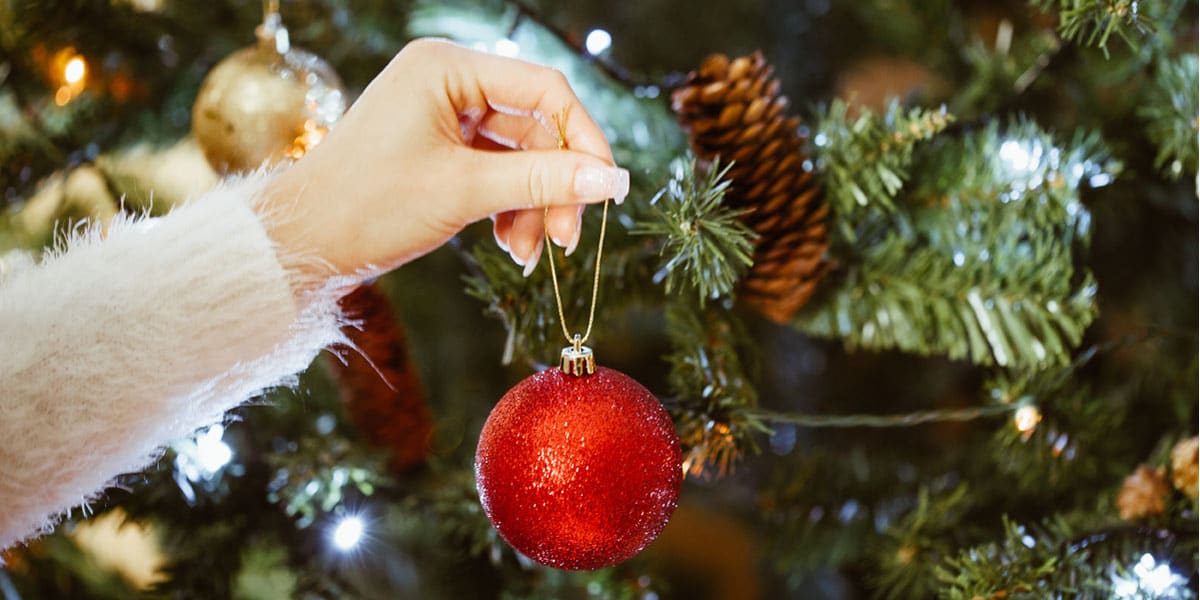 As the holidays approach, Andy Gipson, Mississippi Commissioner of Agriculture and Commerce, encourages those celebrating to make this year a “Genuine Mississippi” Christmas by purchasing a Mississippi Christmas tree.

“As families prepare for the holidays, I encourage them to visit one of the 32 Christmas tree farms in the state. It’s an experience the whole family will enjoy, and selecting a Genuine MS Christmas tree supports our Mississippi farmers, as well as the local and state economies,” Gipson said in a release. “Consumers can also find an array of other Mississippi products for the holiday season from stocking stuffers and gift ideas to ingredients for special holiday meals at GenuineMS.com online.”

For those who have never owned a Christmas tree or need tips for caring for a tree, MSChristmasTrees.com explains how to select the best Christmas tree for your family, how to safely care for a Christmas tree and how to dispose of your tree after the holidays.