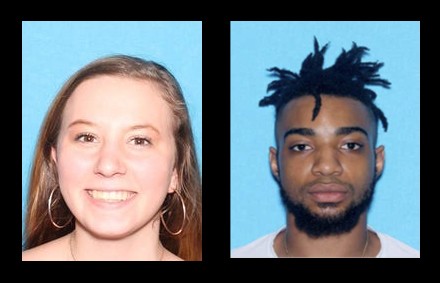 The story of a Mississippi teenager has ended in Milwaukee, Wis., with the suicide of her accused killer.

The family of Baylee Wall, 18, from Moss Point, Miss., reported her missing the week of October 18. She made headlines when, on Oct. 21, Wall became a suspect in the robbery of a Microtel Inn and Suites in Daphne, Ala.

Security footage shows Wall entering the motel to ask about rates and leaving just a few minutes before Gary Eubanks Jr. entered to rob the clerk at gunpoint.

Reportedly, Wall and Eubanks, 25, were traveling together in a 2015 Volkswagen Passat with Mississippi tags.

Wall’s body was found Oct. 23 in Bond Hill near Cincinnati, Ohio, behind a high school baseball field. Ohio police deemed her death “suspicious,” but it wasn’t until Oct. 29 that they knew who she was. At that point, Eubanks became the prime suspect in her death, and police began their search for him in Ohio. That search led them to Wisconsin.

Eubanks was from Theodore, Ala.

Information from the Cincinnati Enquirer and the Clarion Ledger.