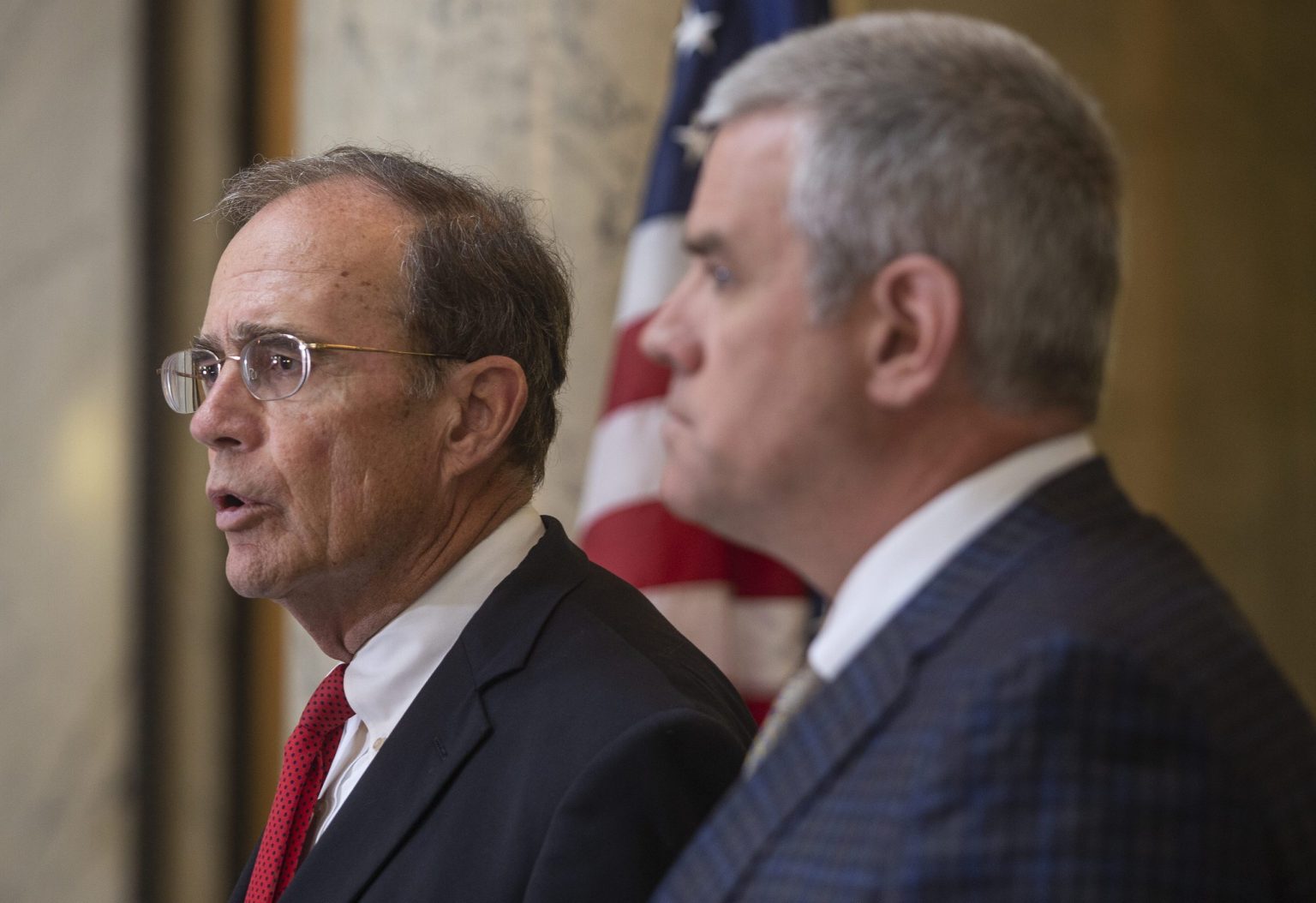 Passage of a bill to switch Mississippi’s taxation from income to “consumption” taxes pushed by Speaker Philip Gunn and House GOP leaders appeared unlikely Monday after a Senate panel failed to take it up before a Tuesday deadline.

“When reforming major tax policy, you need to get it right,” said Senate Finance Chairman Josh Harkins, R-Flowood. “… I believe (the House and Senate) want the same thing, and we’ll ultimately get there. It’s just a question of whether it’s this year or next year … We’ve still got another day, and we’re looking at a lot of differing things.”

Under legislative rules, Harkins not passing House Bill 1439 out of Finance on Monday means allowing a Senate vote to take it up Tuesday — its deadline to pass the full Senate — would require a two-thirds vote to suspend rules.

After that, the bill itself would require a three-fifths vote in a Senate where the measure’s reception by Lt. Gov. Delbert Hosemann and other leaders has been lukewarm. And while some conservative policy groups support the measure to phase out the state income tax while raising sales, sin and other taxes, many powerful lobbies — such as those representing farmers, small businesses, manufacturers and teachers — have voiced opposition.

Gov. Tate Reeves, who himself advocates eliminating the income tax, said he opposes commensurate increases in other taxes in the House plan. He believes economic growth, and belt tightening by government, would cover any lost tax revenue.

“At this point, I can’t find any votes for it (in the Senate) the way it’s written,” said Senate President Pro Tem Dean Kirby, R-Pearl.

Hosemann has questioned whether the bill — introduced by the House relatively late in the session with little heads up to the Senate — has been thoroughly vetted for “unintended consequences” to the economy and state revenue.

The House measure would phase out the state income tax, through expanding exemptions, over 10 years while raising the state’s 7-cent sales tax and other use taxes by 2.5 cents on the dollar. It would also cut the state’s sale tax on groceries in half within five years. Economic experts and thinks tanks have offered mixed analysis on the impact of the tax overhaul. Some predict it would spur the economy, taking away a “tax on productivity.” Others say it would tank it by increasing taxes on business “inputs” and cause tax pyramiding with its increased sales and other taxes. Still others say it would unfairly place more of the tax burden on the state’s poorest people in shifting to consumption taxes.

Gunn and others point to economic booms in Texas, Florida, Tennessee and other states without income taxes. But Harkins on Monday said, “We’re not Tennessee, Florida or Texas — we’re Mississippi … We need to look at the data and most importantly do something responsibly to put the state in the best place competitively.”

House Speaker Pro Tem Jason White, R-West, a co-author of the measure, said there is still time for the House and Senate to negotiate and repeated the old legislative adage that “noting is dead until it’s dead, dead, dead” and the session is over. He noted this session, set to end by the beginning of April, could go into extra innings because of the federal government’s COVID-19 state spending bill coming in.

White said the chiefs of staff for the speaker and lieutenant governor were meeting late Monday on the issue, and he still holds out hope.

“I think that when an issue gets a unanimous Republican vote, except for one, and nine Democrats including the chairman of their party’s caucus, that makes it a House position,” White said. “It is the number-one priority for us for this four-year term. We would have done it last year except for the pandemic … This process started years ago, it wasn’t something that was just thrown together … It’s a policy whose time has come.”

Sen. Chris McDaniel, R-Ellisville, one of the state’s most conservative lawmakers, said he disagrees with the House plan’s tax increases to cover income tax cuts, but believes that could be remedied and hopes the measure lives.

“(Gunn) is correct, this is a once-in-a-generation opportunity,” McDaniel said, “but the House plan raises 32 other taxes, and we don’t have to do that.”

McDaniel said if the measure does come before the Senate, he wants to offer an amendment to eliminate the states 4% income tax bracket, then phase out the remaining 5% bracket over 10 years, with the phaseout tied to revenue growth.

“We have about 30% more revenue in this state right now than we did 10 years ago,” McDaniel said. “We are about $500 million over our revenue estimate year-to-date and projected to be over by about $800 million by the end of the fiscal year. Eliminating the 4% bracket would cost an estimated $176 million up to the mid-$200 millions. We can do this $176-million tax cut at the perfect time in our state’s budget to do so, while we are flush with cash … Then we can phase out the 5% bracket, and still have roughly $1 billion more in revenue in 10 years than we have right now.”