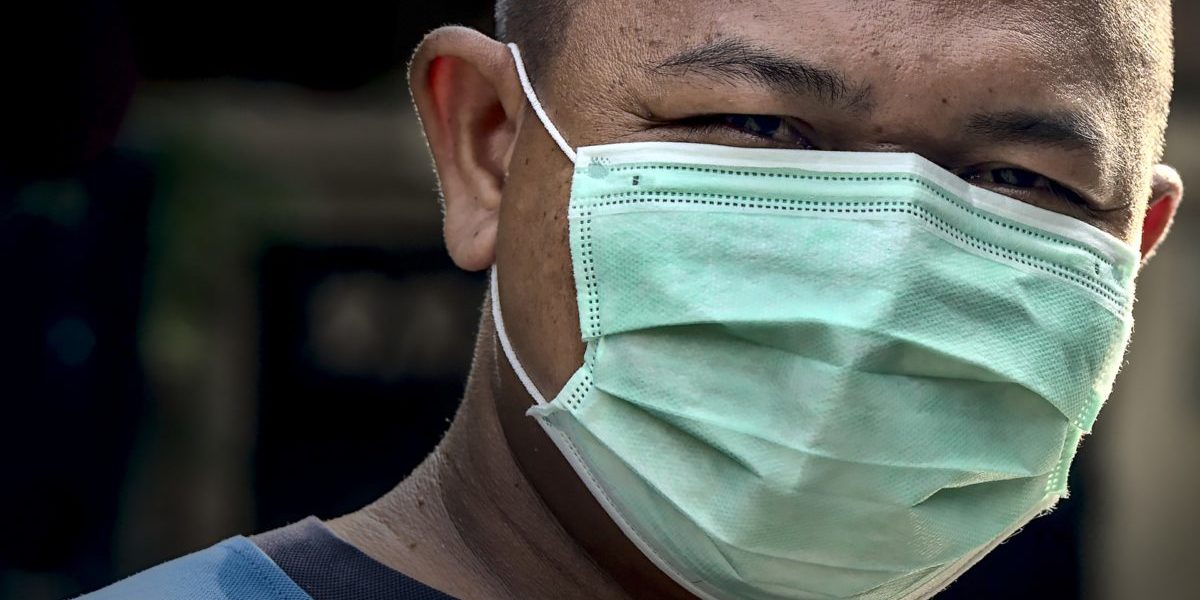 Mississippi this week took over the nation’s highest infection rate after hovering in the top several states for weeks.

Almost all of Mississippi’s daily COVID-19 metrics have improved over recent weeks — but so have other hot-spot states that drove summer surges.

On Tuesday, Mississippi averaged 29 daily new cases per 100,000 people over the last seven days, or about 6,000 weekly cases total. Though both the daily case average and total weekly cases have fallen in recent weeks — daily case counts have dropped by almost half since they peaked almost exactly one month ago — they still top the U.S. per capita. By Thursday, North Dakota overtook Mississippi based on a recent influx of new cases.

Further, Mississippi now sees the nation’s fourth-highest infection rate per capita since the pandemic began, according to national data collected by the COVID Tracking Project. Mississippi has now surpassed states that had early, large surges but have since flattened out, such as New Jersey and New York that held top spots until recently.

Mississippi is now only behind Louisiana, Florida and Arizona for cumulative cases per 100,000 people.

Hospitalizations in particular have seen major improvements over the past weeks, seeing the first steep decline since the pandemic began and hitting their lowest point this week since early July.

Dr. Alan Jones, who oversees University of Mississippi Medical Center’s COVID-19 response, says the lull is welcome, but it’s not enough yet and warns Mississippians and policy makers alike to maintain the progress made.

“What the medical community is holding its breath about is, we are seeing a reprieve, but we have schools re-opening, colleges going back, we have football games starting to take place, we have more travel, people going back to work, Labor Day is coming up,” said Jones, assistant vice chancellor for clinical affairs. “We are all kind of holding our breath. A good two to six weeks after (re-openings), we believe we’ll see those numbers go back up in the wrong direction.”

He says the simple measures that went into place over the past month — masking and reinforced social distancing — are now showing up in lagging indicators, like hospitalizations. But now, more than ever, is the time to stay vigilant, he said.

“If we can have policy makers continue to be resolved in seeing it through to the end — and not say, ‘Well, its been better for two weeks, so we’re going to lift the mask mandate, or we’re going to allow (larger) gatherings.’,” Jones said, hospitalization improvements might prolong. He added he hopes for hospitals’ sake that policy makers continue to be “extra cautious” and “extend those things that are in place where the Band-Aid’s already been ripped off, until we truly are seeing sustainable or lower transmission, and we do believe that the pandemic is under control enough where you can begin to relax.”

He added: “And then when you do relax things, don’t go from closed down to wide open in a matter of days — gradually lead back into things such that you have effective behavior that will be maintained.”

Like hospitalizations, deaths also reflect case trends from previous weeks. Though they’ve declined since peaking in late July, Mississippi still has the most new deaths per capita and the eighth-most deaths overall in the U.S.

Despite improvements, hospitalizations are still tight across the state. Last week 15 hospitals had zero ICU space available — meaning, of Mississippi’s hospitals that have ICU beds, 30% were full. Before the pandemic, ICUs across the state averaged about 66% capacity. Three-fourths of all hospitals were above that average as of last week, according to Mississippi Today’s analysis of the state health department’s new hospital capacity tracker, and 84% of all ICU beds were full.

As of last Monday, the 15 hospitals included some of the state’s biggest regional hospitals: Delta Regional in Greenville, Baptist’s locations in both Southaven and Jackson, Forrest General, and UMMC in Jackson, which tends to stay full.

As of Thursday, those regional hospitals were still full or close to it, and across the state 82% of ICU beds were full. Those offering the highest levels of COVID care (16 self-designated hospitals, as Levels 1 and 2) were 88% full.

As for running at sustained full-capacity, Jones says the current reprieve has helped reduce complex COVID care demands and allowed for some future planning. But he doesn’t expect it to linger as he sees schools, colleges and sports resume and new cases slowly start to tick back up.

“It’s human nature when you’re not in the eye of the storm, to lose sight of the fact that there is a storm. Numbers going down, fewer people we know have it, there are decreased hospitalizations — we become lackadaisical about things that resulted in that present reality,” Jones said. “You have people that just don’t even care anymore, I think that’s also just human nature.”

But he adds that complacency with individual behavior will drive the hospital back into critical levels that late July brought, and there’s only so much health care systems can do when people don’t follow guidelines, mandates or learn to “co-exist with the virus,” he says.

“It would be as if you had a MASH (mobile army surgical hospital) unit in a war where all of the soldiers just threw their guns down, didn’t fight back and just got shot. You’re just going to get overwhelmed and your interpretation is going to be, ‘You guys didn’t do what you were supposed to do or needed to do to help us.’ How can you expect us to be able to take up all that slack?” he said. “There’s not enough resources. It requires everybody to do their part. If you look at countries that have managed to control this — every human in various roles has managed to do their part, for the most part.” 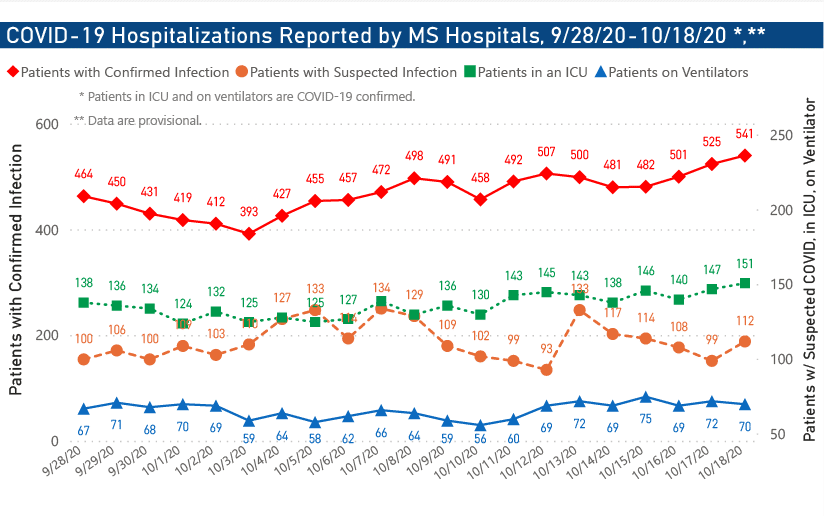 “Earlier this morning I tested positive for COVID-19,” Walden said in a statement released Tuesday afternoon. “I am fine and have mild to no symptoms. I am quarantining back home until it is safe to rejoin the team. I want to thank Golden Eagle Nation for all of their support for our program during this difficult period. I want to thank our players and staff for continuing to be incredibly resilient during such an unstable time.

“Our team will continue to work diligently in preparation for our game this Saturday against Liberty.”

Walden is self isolating at his home and will continue to oversee the program remotely.

The Golden Eagles’ last two games were postponed due to COVID-19 concerns but as of now their game against Liberty this coming Saturday is still on schedule.

The Vicksburg Warren School District reports nine new COVID-19 cases in its schools for the week of Oct. 12 through Oct. 16.

In addition, 64 students, teachers and staff members are newly quarantined due to possible exposure to the virus during in the same time period.

Cases and quarantines were reported in the following schools: