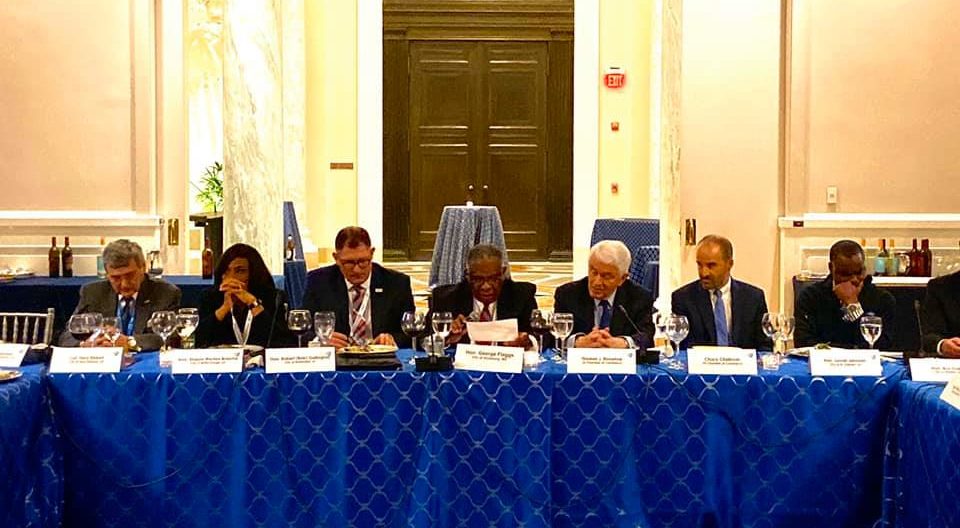 Vicksburg Mayor George Flaggs Jr. was among 20 mayors representing cities along the Mississippi River who gathered in Washington, D.C., this week for the eighth Capitol meeting of the Mississippi River Cities & Towns Initiative. The purpose of this year’s meeting was to communicate the costs of flooding to federal policymakers and push for a slate of solutions.

The initiative is a coalition of 95 mayors from across the Mississippi River Basin, which spans nearly a third of the country.

On Wednesday and Thursday, in meetings with House Speaker Nancy Pelosi and lawmakers charged with shepherding an infrastructure bill, the mayors presented their 2020 proposal to strengthen the essential natural and built infrastructure of the Mississippi River corridor, and pushed for critical congressional support and investment to better protect communities against increasing flood risk.

The platform of 12 appropriation and four infrastructure priorities address the acute shocks and chronic stresses the region has sustained since 2005, suffering more than $205 billion in actual losses. It includes both existing and new programs, 35% of which are recommended to remain at current funding levels.

Mayors of the Mississippi River developed the $6.85 billion proposal to build resilience, mitigate mounting climate risk, create more than 128,000 jobs and generate more than $20.5 billion in economic activity. This is done by supporting natural infrastructure programs, calling for the passage of a Resilience Revolving Loan Fund, including a recovery bond pilot in the next Water Resources Development Act, as well as resilience funding in the America’s Transportation Infrastructure Act.

“There is definitely an upward trend we can chart over the last few years,” said Bob Gallagher, mayor of Bettendorf, Iowa and MRCTI co-chair, in a statement. “The spatial scale and duration of the 2019 Central U.S. flooding set many records. According to the U.S. National Oceanic and Atmospheric Administration, it’s plausible to expect this trend to be more frequent with damaging riverine and urban floods to continue.”

The Science of Increasing Floods

The 2019 flooding is part of a trend: More billion-dollar, non-hurricane, inland-flood disasters have occurred in the last decade (2010-2019) than over the previous three decades combined (1980-2009). Strong attribution science shows that climate change is a major factor driving increasingly frequent and severe flooding up and down America’s largest waterway, contributing to at least 18 separate billion-dollar inland-flood disasters over the last decade compared to a total of 14 such events over the previous 30 years.

Last week, the National Weather Service released its spring hydrologic outlook showing it expects the trend to continue. Current indications suggest the 2020 flood season will be less severe than last year, but the Mississippi River corridor still faces significant risk. High levels of snow in the northern headwaters region and an above-average precipitation outlook for March suggest a 50% chance for moderate flooding in much of the Mississippi Valley, with a high percent chance of major flooding in the upper and mid-Mississippi Valley.

“This all begs the question of what we’re doing to address these issues and mitigate our seemingly mounting risk,” said Sharon Weston Broome, Mayor of Baton Rouge, La. and MRCTI co-chair. “Meeting these challenges is part of the reason for the MRCTI visit to Washington, DC.” 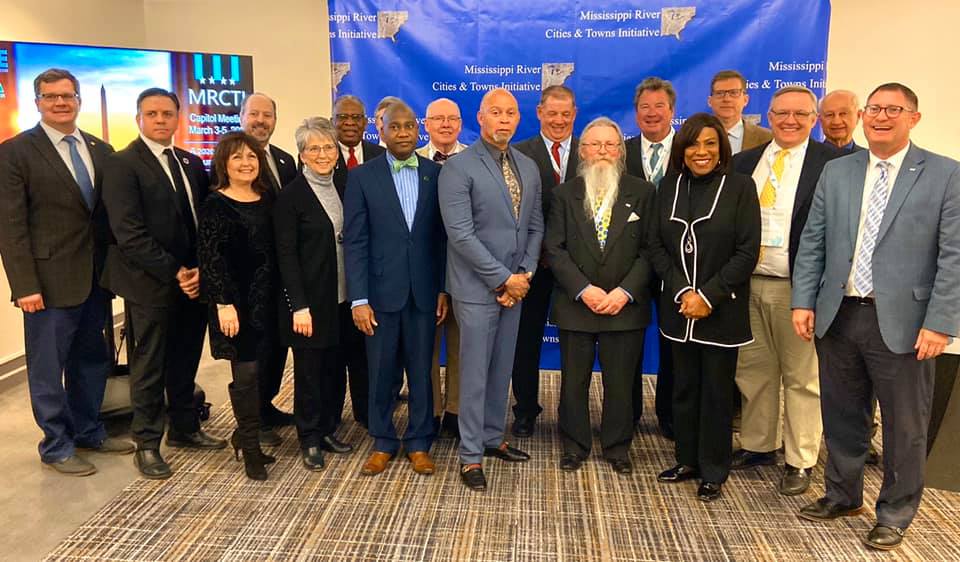