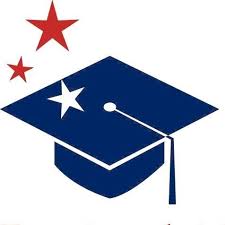 Mississippi’s public pre-K is among the best in the nation, according to a new report from the National Institute for Early Education Research.

The report also says that the overwhelming majority of Mississippi’s children are not benefiting from the programs. Only 5% of the state’s 4-year-olds and no 3-year-olds are enrolled in Mississippi. The number of children served by the state’s collaborate programs is “over 3,000,” a Mississippi Department of Education press release states. Only 13% of the state’s 151 school districts offer public pre-K education, according to the report’s state profile.

“The research is clear that high-quality early childhood education has a long-term impact on student achievement. Increasing access to high-quality pre-K will help Mississippi students achieve better academic outcomes throughout their education,” Dr. Carey Wright, state superintendent of education for Mississippi, said in the release.

In addition to the state-funded public pre-Ks, Head Start, a federally funded program, has about 22,000 Mississippi children in its pre-K programs. The state does not contribute to Head Start.

The Mississippi Legislature passed the Early Learning Collaborative Act in 2013, providing $3 million to establish a limited number of Early Learning Collaborative programs in under-served areas throughout the state. Based on the immediate results just two years later, the Legislature increased funding to $4 million, and increased it to $6.5 million starting in 2018. The programs are partnerships among school districts, Head Start agencies, child-care centers and non-profit organizations.

In its latest report on pre-K quality, “The State of Preschool 2019.” Mississippi as one of only four states whose publicly funded pre-K program meets all 10 of NIEER’s new quality standards for early childhood education, including access, resources and quality.

“The quality of our Early Learning Collaborative program has made Mississippi a national leader for early childhood education,” Wright said.

The Mississippi State Board of Education said that it has made increasing access to high-quality early childhood education one if its top priorities.

Read the full report and access state profiles at http://nieer.org/state-preschool-yearbooks/2019-2