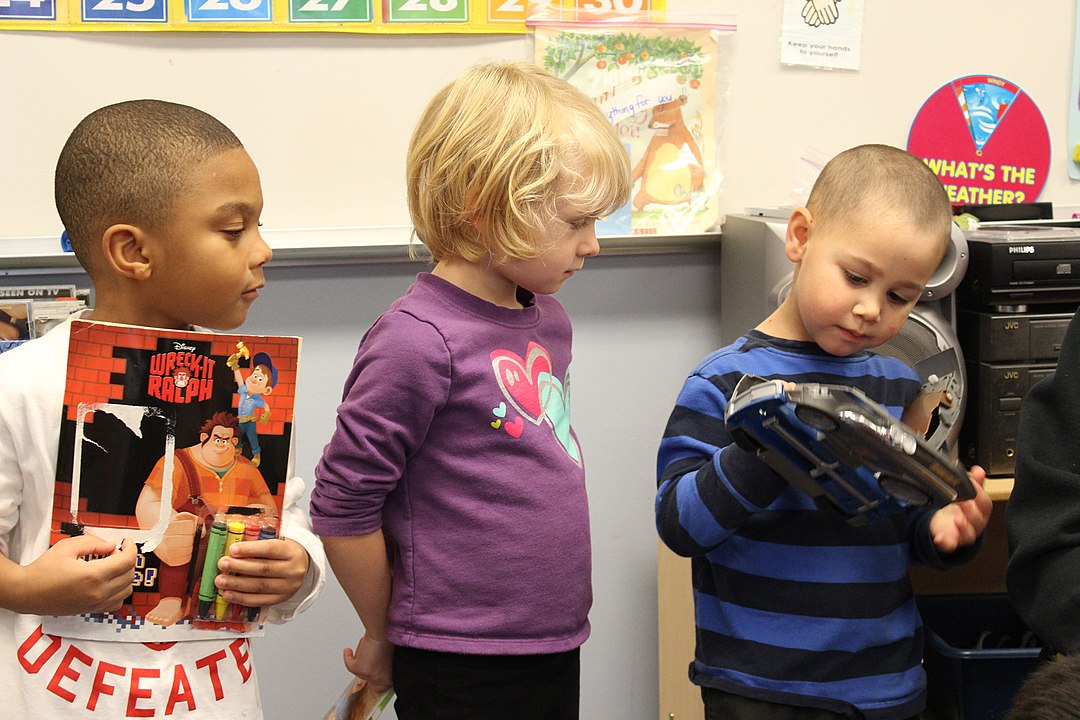 In Mississippi, only about a third of young children are ready to enter kindergarten, a statistic that can be a predictor of future failure for thousands of children.

Skills that children learn as young as 3 or 4 are crucial to their later success, and quality early childhood education sets the foundation for college and careers. At that young age, children’s brains experience explosive growth, and they learn easily, much more easily than any other time in their lives.

Numerous studies have shown that children who receive high-quality preschool education are more likely to graduate from high school, be employed and have higher earnings later in life. They’re also less likely to commit crimes or rely on food stamps and other safety net programs.

Children who start kindergarten with math and early-reading skills, such as letter recognition, are more likely to thrive in school later. Pre-K also teaches important non-academic skills, like how to hold a pencil, pay attention and get along with peers.

While the program is good, it doesn’t serve nearly enough of the state’s children, a problem that the state Department of Education recognizes. In 2018, only 5 to 6 percent of Mississippi’s 4-year-olds were enrolled in the program, and even when combined with district-funded pre-K programs, only about 18 percent of Mississippi 4-year-olds attended public pre-K programs in 2017-18. To date, no programs exist for 3-year-olds.

More than half the state’s 4-year-olds don’t attend preschool at all, the Annie E. Casey Foundation reports.

The lack of quality pre-K in the state is evident in the number of children ready to enter kindergarten. For those attending public pre-k, 70 percent are ready, while overall in Mississippi, only 36 percent have the skills needed for kindergarten and beyond.

“Wright and pre-K advocates argue that more investment in early education … could put kids on a stronger academic path at an early age.” the Hechinger Report wrote in a story about Mississippi’s pre-K programs earlier this year. “They also point to a growing body of research showing that high-quality early education can help move families out of poverty. Yet year after year, state legislators here say they don’t have money to expand early learning opportunities, citing competing interests like the state’s troubled foster care and health care systems.”

The additional funding will allow about 3,000 of Mississippi’s 4-year-olds to attend quality pre-K next year, a number shy of 10 percent, and far fewer than other states in the Deep South. Neighboring Alabama serves about a quarter of its children, while Louisiana and Arkansas serve nearly a third. Still, the program will serve about 1,200 more children than it did this year, so progress is being made.

Earlier this month, MDOE released the results of the fall 2019 assessment of kindergarten readiness. So far, the tiny Mississippi program has yet to make a discernible impact. In 2019, the percentage of students scoring kindergarten-ready is 36.6 percent, compared to 36.1 percent in 2018, 36.9 percent in 2017 and 36.4 percent in 2016.

The Kindergarten Readiness Assessment evaluates early literacy skills such as the ability to recognize letters and match letters to their sounds and a student’s recognition that print flows from left to right.

According to an MDOE statement, research from a four-year study shows that 85 percent of students at the beginning of kindergarten with a score of 530 or above on the KRA are on track to become proficient readers by the end of third grade, an important milestone for Mississippi’s elementary schools.

“Early education sets the train in motion for where children are going to end up.” Cathy Grace, co-director of the Graduate Center for the Study of Early Learning at the University of Mississippi, told the Hechinger Report.

More than 3,000 Mississippi kindergartners, about 9 percent, were deemed unready for first grade in 2019, about three times the national average.

Making high-quality early childhood education accessible to all children is one of the primary goals of the Mississippi State Board of Education Strategic Plan.

“High-quality early childhood education prepares children for success in kindergarten and has a positive impact on academic achievement throughout a child’s education,” Wright said.