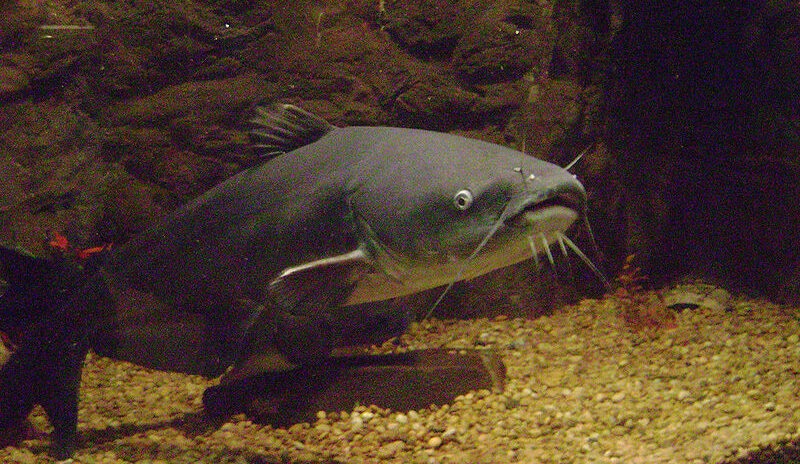 Mississippi farmers are losing the catfish wars against their foreign competitors with the very weapon they saw as their salvation.

The domestic catfish industry along with representatives like the late U.S. Sen. Thad Cochran of Mississippi lobbied to move oversight of catfish processing from the Food and Drug Administration to the U.S. Department of Agriculture five years ago with the expectation the USDA’s stricter eye would limit the foreign imports that had decimated domestic production throughout the Mississippi Delta.

Instead, imports of siluriformes – the larger category of catfish and catfish-like fish sometimes referred to by their family name “pangasius”– have only increased since the switch to the USDA’s Food Safety and Inspection Service in 2016. Meanwhile, domestic prices and production, mainly in Mississippi and other Southern states, have continued to decline.

Almost 65,000 additional tons of catfish were imported in 2019 than in 2015 before the FSIS took over according to data from the National Oceanic and Atmospheric Administration’s National Marine Fisheries Service.

The Mississippi Department of Agriculture and Commerce lists recent processing volumes at 5 million pounds per month less than in 2015 during FDA oversight. As domestic prices have declined, the average value of imports has grown with the added USDA label.

Proponents who lobbied to move oversight to USDA had argued Vietnamese pangasius farms were packed gill-to-gill, tainted with excess antibiotics and dyes, and the FDA wasn’t testing enough. A 2011 peer-reviewed article in the journal Food Policy described Vietnamese swai as grown under “the single most intensive high volume commercial food production system on the planet.” A 2016 report by the environmental nonprofit Oceana listed pangasius as the most common substitute used in seafood fraud. The assumption was USDA’s tighter inspection protocols would lead to a safer product that would limit the lower quality imports flooding the market.

Bill James, previously chief public health veterinarian with the USDA’s Food Safety and Inspection Service, said the agency’s program is the superior inspection system, and the USDA label with its certification and accompanying legend of ingredients makes products much more attractive to consumers.

Catfish is the only fish handled by FSIS, which otherwise handles processing of beef, pork and poultry, and the decision to have an exception just for catfish aquaculture was contentious. Yet, most of the concern stemmed from the duplication of efforts, bureaucratic waste, potential trade repercussions and the attempt to stifle imports.

The Government Accountability Office released 10 reports against the move with one in 2012 simply titled “Responsibility for Inspecting Catfish Should Not Be Assigned to USDA.”

The 2012 GAO report noted the food-borne bacteria salmonella, a major concern that led to the switch, was rarely found in catfish. The report lists only one instance of a salmonella outbreak in the U.S. in 1991, and it may not have been related to catfish.

In a World Trade Organization complaint, Vietnam contested the USDA move as not being based on scientific research or a risk assessment. According to the Food and Agriculture Organization of the United Nations, despite the extremely high farming density, large disease outbreaks among pangasius are rare.

But the increased oversight and its accompanying costs have taken their toll domestically. A major Alabama processor and feed producer, SouthFresh, filed for bankruptcy in 2019, claiming stricter protocols, lower prices and increased imports hastened its demise.

U.S. Rep. Bennie Thompson, who represents the Delta in Mississippi’s second district, said if imports are still eating away at the domestic industry, “then the move to USDA fails to meet the purpose of the congressional motion, which was to set a standard for health concerns and to protect U.S. industry.”

Chad Causey, representative for the trade organization Catfish Farmers of America, said the move to USDA oversight was never about limiting imports and was solely about stopping unsafe products from entering the market. In his view, the industry is confident in these inspections, which is far and above FDA’s oversight. While he wouldn’t speak to how much imports are affecting the industry, he said the industry “is fine with competition.”

In 2020, Catfish Farmers of America asked NOAA’s Seafood Trade Task Force to “require imported seafood to meet our standards” to level the playing field and help domestic industry compete with “unfair competition.” The group has been involved in numerous lawsuits over a U.S. trade enforcement investigation against Vietnamese importers that has resulted in millions in compensation and legal fees.

Mississippi’s U.S. Sen. Cindy Hyde-Smith, who holds Cochran’s previous seat, said the USDA program is working exactly as intended to ensure all catfish is “safe, wholesome, and unadulterated.” She pointed to numerous large rejections of imports from China because of chemical additives as evidence the program is working.

While most of the domestic catfish industry supported the move, criticism has come from wild-caught producers like those trying to take advantage of the invasive blue catfish in the Chesapeake Bay.

Often small operations, they rely on individual fishermen and smaller processing facilities and are unlikely to afford the USDA standards and inspections, despite fewer risks of added chemicals that compromise the food’s safety. While major processors in Vietnam can afford USDA inspections with the help of government capital, the small, wild-caught catfish operations in the U.S. cannot.

Mike Mitchell of Acari Foods, producer of a jerky made from wild-caught catfish, said the switch to USDA has limited his own business and caused a detrimental effect almost across the board. “It’s not helping U.S. consumers, mom and pop operations, or most producers,” he said. “Only a few large operations are surviving.”

Origins Of The Import Flood

The original concern for imported siluriformes goes back to 2000. Back then, domestic catfish producers dominated the market. But a flood of imports began to take over. The share of catfish consumption supplied by domestic producers went from 80% in 2002 to 24% in 2019. Imports from Vietnam grew more than five-fold.

The increased competition from foreign markets decimated domestic producers. Production capacity was cut in half. The industry saw large declines in employment and hours worked. That trend continued through the USDA takeover as a glut of catfish on the market depressed prices into 2018.

Early on, catfish farmers may have been hit the hardest. The flood of imports came as prices for catfish food peaked at the same time. Farmers saw steady declines in almost every metric: total sales, total inventories, net profits.

Farmers may have been buffered by the price on catfish fry and fingerlings – small fish below 2 and 6 inches in size respectively – according to data from the USDA’s National Agricultural Statistics Service. Farmers saw an increase in price that offset the large collapse in sales volume. Prices in 2018 are more than double what they were in 2005.

The switch from FDA to USDA oversight was not a small move. The agencies have different systems for hazard analysis and critical control points, where imported food products are inspected and tested for safety.

Since the move to USDA in 2016, there have been declines in average price, total acres of water in production and inventories of food-sized fish.

Under FDA oversight, the agency tests a certain portion of imports as they come into the country – sometimes less than 2 percent.

According to Acari’s Mitchell, funding that oversight falls to the processor, a huge capital investment. “We would need a new, bigger plant, to hire our own inspector, and be able to coordinate a schedule with the inspector. That’s not so easy for fishermen who make their catch based on the weather,” he said.

Despite, or potentially because of, the increased scrutiny, import refusals of siluriformes because of chemical additives have dropped by half since the move to the USDA. From 2012-2016, the FDA rejected 106 imports for “adulterants,” while 45 were rejected by the USDA from 2016-2020 based on laboratory analysis of residual chemicals.

Most USDA rejections were over torn packaging, defects or invalid labels. Of those rejected for laboratory tests, few were from Vietnam, with others coming from the U.S. or countries without establishments eligible to export to the U.S., like Brazil.

Bill James, previously with Food Safety and Inspection Service, believes fewer rejections from chemical testing are a result of exporters needing to send their best product to get it past the rigors of USDA inspection.

Following a rejection of a 20-ton shipment in 2016, Vietnam’s Agriculture Fisheries and Forestry Quality Center required exported pangasius be certified free of salmonella and dyes.

While less is being rejected under USDA, the agency tests substantially more for chemical additives. In 2020, it tested 649 samples — more than what FDA tested over the course of five years between 2010 and 2015.

While the standards for catfish processing under the Food Safety and Inspection Service is robust, there may still be some outlying discrepancies.

FSIS has not made Vietnamese farm visits routine. Without farm visits they may not know if they are testing for the right antibiotics and if there are other issues with how the fish are raised.

There are also ongoing discrepancies between what the FDA tests for in all types of finfish, what the FSIS tests for, and what other countries test for. The list of potential additives regularly changes.

In 2019, the USDA listed returning siluriformes oversight back to the FDA in its 2019 budget proposal based on a request from Congress, but that recommendation disappeared in the following year’s budget.

The catfish industry is mum about the increased imports of Vietnamese pangasius. None of the major processors or farms contacted for this story would comment about the trend.

Catfish Farmers of America, the only industry group willing to speak, wasn’t fazed by the continuing flood of Vietnamese pangasius that inspired federal action. According to CFA’s Causey, catfish farmers are more concerned about the effects of the pandemic.

Because of its restrictions, farms and processors have struggled to find workers to keep up with demand and some are turning to temporary visas for migrant workers to fill in the gap.

In their view, he said, the demand for catfish is there whether imports are growing or not, “it’s just a matter of finding enough employees to provide it.”

This story was produced by the Mississippi Center for Investigative Reporting. Email Llewellyn Jones at [email protected].